By Li Yingxue and Yang Jun

Museum founder Chen Yueqiao is on a mission to protect, inherit and popularize costume culture, report Li Yingxue and Yang Jun in Guiyang. 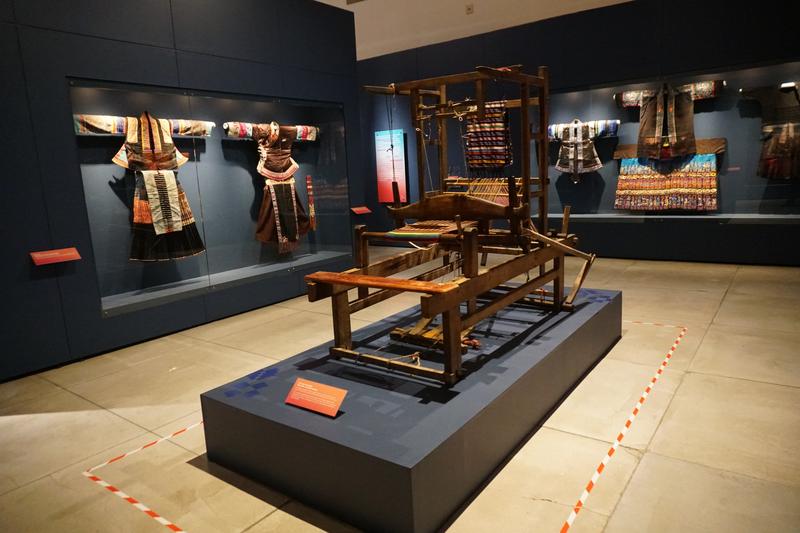 With an area of 1,600 square meters, the museum collects representative costumes, accessories and items from the daily life of 17 ethnic groups living in Guizhou, including Miao, Dong and Sui.

The museum boasts an abundant collection and wide influence. It was listed among the "top 10 private museums in Guizhou" by the provincial government in 2021.

"I have been collecting ethnic clothes for over a decade. By doing this, I want to present the DNA of the ethnic groups and a feeling of nostalgia," says Chen Yueqiao, founder of the museum.

Talking about the origin of the museum, the 42-year-old says that traditional villages inherit the wisdom of life and the production and crystallization of culture and arts with ethnic characteristics. With a passion for them, she has visited almost all the ethnic villages in Guizhou.

Chen, from the Zhuang ethnic group, has been fond of embroidery since childhood. She used to be impressed by her neighbors' skillful hands that turned colorful threads into butterflies.

During college, Chen worked as a translator for foreigners and brought them into the mountains to learn about Guizhou's ethnic culture. She saw how much they were impressed by the Miao embroidery, buying piece after piece.

"Since then, I've been determined to be a protector and inheritor of Guizhou's ethnic and costume culture," Chen says.

She then started traveling to ethnic villages in Guizhou, visiting inheritors of handicrafts and collecting a large number of traditional costumes, embroidered articles and daily-use items.

She has visited some villages more than once. When she encounters poor families, villagers with illness, embroiderers coping with the heavy burdens of life and children who can't afford tuition, she will give them hundreds, sometimes thousands, of yuan to help. 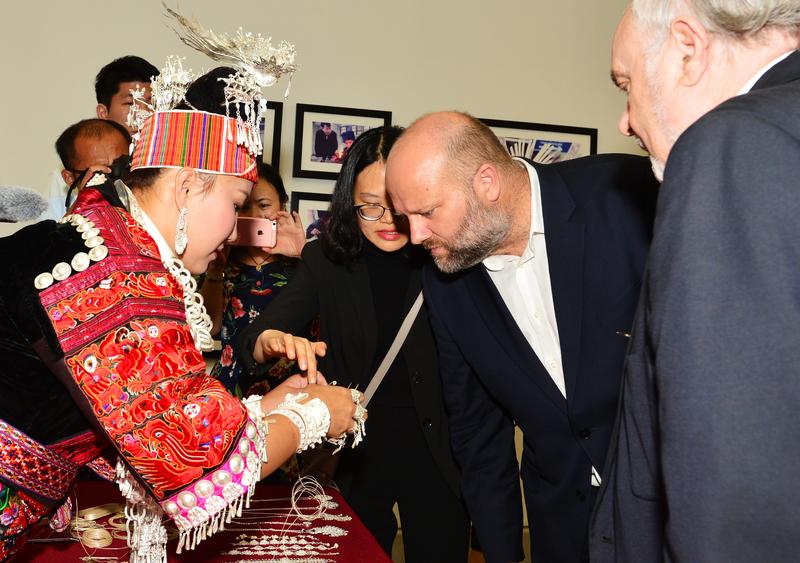 She gradually became a popular collector in Guizhou and as her collection grew, she bought a house to store it. "Previously, my collection was hidden in a warehouse, with no place or platform to display them."

In 2015, the Guanshanhu district government in Guiyang invited Chen to open a museum, showcasing her collection to raise more people's awareness of the need to cherish, protect and develop the ethnic costume culture in Guizhou.

After six months of preparation, the Multicolor Art and National Costume Museum was opened to the public for free on April 12, 2016.It provides an optimized space for exhibitions, academic research, inheritance of intangible cultural heritage and cultural exchanges.

The museum has 1,000 costume sets and more than 20,000 fine embroidery pieces, over 80 percent of which are of a cultural relic level.

Among them, almost all types of the Miao costumes are included, showcasing a variety of embroidery patterns and the dressing habits of the Miao people.

There are also thousands of antiques in collection, including containers, bamboo objects, and stone and wood carvings.

Since its opening, the museum has attracted around 500,000 visitors and 500 study tours for tourism and academic exchanges. As well as local citizens and travelers, the visitors also include costume research scholars, anthropology experts and designers.

According to Chen, the museum adheres to a two-way development route of "going out" and "bringing in". She has taken her collections to many exhibitions and events, both at home and abroad.

"We have hosted runway shows featuring our ethnic costumes in many countries, such as Denmark, Mexico, Australia and New Zealand," Chen says.

"Ethnic groups in Guizhou don't have big-name fashion designers, but everyone is (a designer). The traditional Miao clothes with bird patterns on are the result of a process with hundreds of elaborate steps."

From 2015 to 2019, Chen took her ethnic treasures to over 20 countries and regions for exhibition and in 2020, her collection entered the National Museum of China.

She has donated 18 sets of Guizhou ethnic costumes to the National Museum of China and 10 pieces of embroidery work to UNESCO. 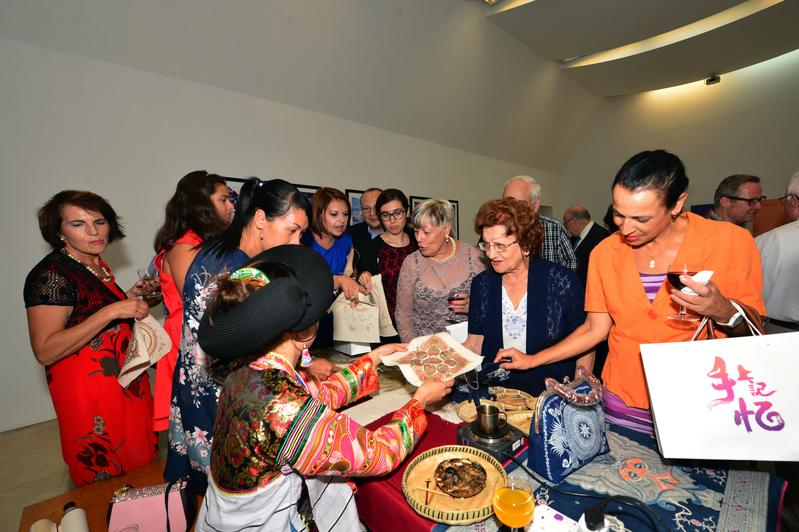 Zhang Huiping, a staff member at the Multicolor Art and National Costume Museum, says that Chen has a strong sense of responsibility and leadership, as well as an innovative spirit and a talent for professional research.

"She has achieved many things, especially in the research, protection and inheritance of intangible cultural heritage," Zhang says.

"On the long road of inheriting and protecting the ethnic culture in Guizhou, Chen has been striving to encourage everyone around her, so that more people will understand the long history and culture of Guizhou and its exquisite ethnic craftsmanship," Zhang says.

Since 2003, Chen has published seven academic essays, and also a couple of books, about traditional ethnic costume in Guizhou.

Alongside running the museum, Chen has many other responsibilities, including her role as a member of the 11th executive committee of the Guizhou Provincial Women's Federation, the vice-president of The Society of Chinese Historical Costume, in Beijing, and an art expert at Guiyang No 1 High School.

She is also a designated ambassador of the Miao embroidery by the intangible cultural heritage office of China National Textile and Apparel Council.

Chen says that, in the past decade, the development of private museums is flourishing, and the increasing number of the collections and an intensifying atmosphere of intangible cultural heritage promotion have made her feel a sense of cultural confidence.

"When we built our museum in 2015, there were no more than 10 private museums in Guizhou, but now there are several specializing in the Miao embroidery alone," Chen says.

"It's a good phenomenon that allows more people to learn about and fall in love with intangible cultural heritage."

Chen says the rich ethnic tradition is one of Guizhou's cultural advantages, and she hopes that more enterprises will come and invest in Guizhou.

As for her future plans for the museum, Chen says the museum is for the public welfare, and she will continue to carry out exhibitions with different themes and deeper exchanges with other institutions in the country.

"We'll go into schools to hold lectures on intangible cultural heritage, do field research and popularize the knowledge," Chen says.

"Our direction is to better integrate intangible cultural heritage into the people's daily lives."

Zhao Yandi contributed to this story.