Costa Rica coach says his team 'cannot have a rebirth' 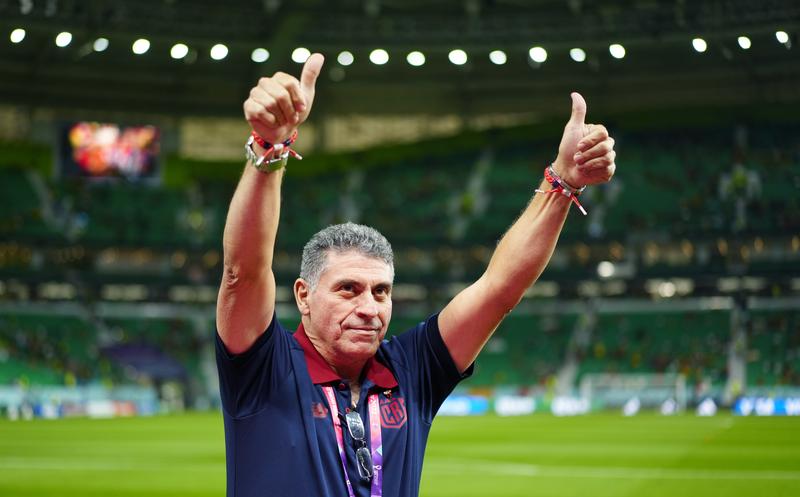 DOHA - Costa Rica coach Luis Suarez dismissed any notions of the team needing a 'rebirth' following their 7-0 loss against Spain in their World Cup group opener, saying they will not repeat the same mistakes against Japan.

Costa Rica came into the World Cup with a reputation for being a defensively strong side having conceded only eight goals in World Cup qualifiers but were ripped apart by a Spain team that barely allowed their opponents to have a whiff of the ball.

"Rebirth? We are not dead, so we cannot have a rebirth," Suarez told reporters ahead of Sunday's second Group E game against Japan.

"Ten years ago, Honduras beat Canada 8-1. Now Canada is the best team in CONCACAF. Only 10 years have gone by, so I'm sure they learned from that defeat.

Everyone learns from their mistakes but you need to be strong to keep on going and say, 'OK, I will bounce back even if I'm exposed to criticism or I'm defeated'. If you don't keep fighting, you're a loser."

Japan come into the match riding a wave of confidence having beaten 2014 champions Germany in their group opener and Suarez said he does not expect the Asian side to take their foot off the gas.

READ MORE: Japan come from behind to stun Germany 2-1

"I hope that my players keep their feet on the ground. I don't think that Japan will be distracted or not focused having beaten Germany," Suarez said.

"What I hope is to see the best version of Japan so there are no excuses from our side. I don't want a situation where things are easy for us.

"Japan had a wonderful performance against Germany that led them to victory. Therefore, it will be even more difficult for us, we will respect them."

When it was put to him that Costa Rica need to make changes to avoid a similar humiliation, Suarez said he trusted his players to follow his instructions after having honest conversations with his squad.

"I'm confident, I'm calm with what I've seen so far. I know that every player is aware of what they didn't do in the game - in the physical aspect, in football terms and even emotionally," he added.

ALSO READ: Thanksgiving football could include tasty US soccer treat

"They are aware that they need to give a different performance tomorrow. That's what I've seen when working in the past three days after the match.

"We've been talking, we've been working and I can see that we are willing - every single day - to have a completely different performance tomorrow and not to repeat the mistakes that we had against Spain."