Poland coach: Lewandowski could have scored a hat-trick 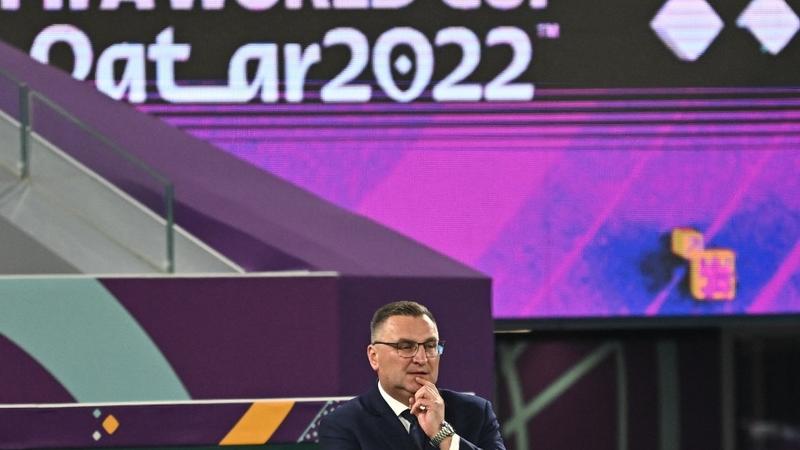 Poland coach Czeslaw Michniewicz watches his players from the touchline during the Qatar 2022 World Cup Group C football match between Mexico and Poland at Stadium 974 in Doha on Nov 22, 2022. (MANAN VATSYAYANA / AFP)

AL RAYYAN - Poland coach Czeslaw Michniewicz praised his side and striker Robert Lewandowski after their 2-0 win against Saudi Arabia on Saturday and said that with a bit of luck his top man could have ended the game with a hat-trick.

Lewandowski scored his first ever World Cup goal after he missed a penalty in their opening draw with Mexico, and was visibly emotional after finally finding the net in his second and possibly last World Cup.

"I wasn't surprised because I know how emotionally he took the last game, how deep it got into him," Michniewicz said.

Today we showed - starting with (goalkeeper) Wojciech Szczesny and ending with Robert - that there is a force in the team. And Robert did what he does best - he scored a goal, assisted on Piotr Zielinski's one, so we are happy.

"It's a pity he didn't get lucky, because he also hit the post and had a one-on-one with the goalkeeper, who somehow, miraculously, deflected the ball and it didn't fall into the net. Today Robert could have scored a hat-trick.

"We are happy for him, just as much as we were worried for him after the missed spot kick".

The team spirit was also evident for Poland against the Saudis, who pressed high as their fans filled the stands.

"It is a pleasure to work with a player of Robert's class, but one player alone cannot win a match," Michniewicz said.

"Today we showed - starting with (goalkeeper) Wojciech Szczesny and ending with Robert - that there is a force in the team.

"And Robert did what he does best - he scored a goal, assisted on Piotr Zielinski's one, so we are happy."

Who - if anyone - would support Lewandowski up front was the question ahead of the clash. Eventually, and following plenty of criticism, Michniewicz chose to pair up the striker with Arkadiusz Milik.

"We were looking for a second player for Lewandowski, but one who would fill the spaces. We knew that Robert plays high, very narrowly, and we needed a player who runs around," Michniewicz added.

"We decided that Arkadiusz Milik plays regularly at a high level, plays in the Champions League. He cooperated (with Lewandowski) very well and also filled other roles on the pitch ... but in key moments he was always close to Robert."

But the coach stressed that attack was not their only key to success.

Poland moved up to four points, one more than the Saudis, and need a draw in their final game against Argentina on Wednesday to guarantee their spot in the last 16.