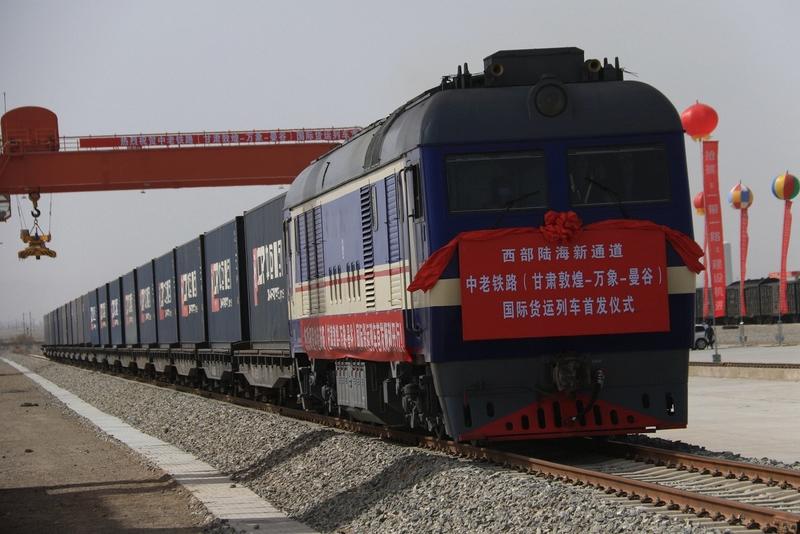 In December 2014, the Thai and Chinese governments signed a memorandum of understanding on railway infrastructure cooperation within the framework of the Thailand Transport Infrastructure Development Strategy 2015-22. The event marked the 40th anniversary of diplomatic ties between Thailand and China.

The goal of the memorandum was to establish Thailand as a transportation hub for the region and strengthen connectivity between China, Thailand and other members of the Association of Southeast Asian Nations through the Belt and Road Initiative.

The BRI is very important to Thailand’s economy. The country is accelerating the implementation of the Thailand 4.0 Strategy and the Eastern Economic Corridor, emphasizing economic integration and all forms of development through the use of innovation, knowledge and creativity, in order to restore the Thai economy with new engines of growth and reduce economic and social inequality. The infrastructure and regulatory linkages facilitated by the subregional framework of Cambodia, Laos, Myanmar, Vietnam and Thailand through the BRI are expected to increase regional economic integration and better connect ASEAN with the global economy.

At the APEC 2022 meeting, held on Nov 18-19 in Bangkok, one of the issues on the agenda was the promotion of the Bio-Circular-Green Economic Model, or BCG.

Thai Prime Minister Prayut Chan-o-cha, in his keynote speech at the Thailand-China Investment Forum on Nov 3, said Thailand supports the Global Development Initiative proposed by China because it is in line with the BCG, which is also a key agenda of the Thai government. In addition, Thailand’s EEC development agenda focuses on linking China’s Yangtze River Delta Economic Area via the BRI.

From January to September this year, Chinese investment in Thailand was estimated to be around $1.2 billion, making China Thailand’s largest source of applied foreign direct investment, mostly in the electronic industry and the electric car industry. Prime Minister Prayut also said that connecting the investment, technology and manufacturing supply chain between Thailand and China is crucial for the Thai economy, especially linking the China-Laos Railway with the Thai Railway.

Thailand has several categories of products that have the potential to be exported more to China, including consumable fruits, polymers, auto parts and frozen chicken meat. In addition, the Nong Khai border checkpoint was approved under the Chinese land protocol for fruit exports and imports in September last year, allowing Thailand to export fruit and meat more conveniently.

One area that presents an opportunity to be a new export market for Thailand is western China, because there is a large population of Muslims who prefer to eat beef, and its location away from the sea makes seafood highly expensive due to shipping costs. If Thailand can facilitate the export of both of these products, it would generate a large amount of income for the country.

Products that can be improved in response to market demand include machinery, cereal products, instant coconut milk, flavoring sauces, sugar and sweets, perfumes and cosmetics. If Thailand can extend more sales channels for this set of products, such as e-commerce, it will make the products more accessible to Chinese consumers.

A variety of products from China are also in demand in the Thai market, including raw materials for many types of industries, agricultural equipment, chemicals and telecommunications components, computer parts, plastics, cold-weather fruits and vegetables, electronics and fashion products.

It can be seen that many products are essentially dependent on efficient, fast and cost-effective logistics. Inefficient logistics will increase trade costs and affect product quality, especially for food and agricultural products, which are the main products that Thailand exports to China. Once the construction of the China-Thailand high-speed railway is completed, both sides will be able to transport goods and products between Bangkok and Kunming in just 15 hours.

Although the BRI has made considerable progress in Thailand, it is still necessary to provide accurate information about the initiative to the public. Its success in Thailand depends upon communicating the essence of the initiative and the guiding principles of “Plan Together, Build Together and Benefit Together”. The BRI is a mutually beneficial initiative for the shared prosperity of all participants.

Yuwadee Kardkarnklai is vice-president of the Klangpanya Institute for National Strategies, an independent think tank in Thailand. Usman Waji is a researcher at the institute.