Architects working on both sides of the Hong Kong-mainland border tell Madeleine Fitzpatrick why cooperation matters.

Near the street-level entrance to Hong Kong’s Central Market, office workers stream past one of four exhibition sites of the 2022 Hong Kong & Shenzhen Bi-City Biennale of Urbanism\Architecture (UABB). Central Market is itself one of the latest examples of adaptive reuse of heritage buildings in the city. But what’s on show here at the UABB points to the future not only of architecture in the Guangdong-Hong Kong-Macao Greater Bay Area but also synergies in urban design.

One of the exhibits, arQstudio’s VR-driven Travel Beyond Age, includes a mahjong table and tiles that some passersby can’t resist playing with. Unlike the popular pastime though, the synergy between Hong Kong and its hinterlands is no game.

“I think there is an opportunity with the GBA to help redesign what will probably be the world’s largest economic zone,” says Chandran Nair, founder and CEO of think tank the Global Institute for Tomorrow (GIFT) and author of The Sustainable State: The Future of Government, Economy, and Society. “Hong Kong would gain a great deal by learning from innovations on the mainland in transport, energy efficiency, material uses and new means of construction.”

Models of housing design proposals for the Lantau Tomorrow site by Master of Architecture students from the Chinese University of Hong Kong, on display at the Hong Kong & Shenzhen Bi-City Biennale of Urbanism\Architecture at Central Market. (PHOTO PROVIDED TO CHINA DAILY)

The nine Guangdong cities and two special administrative regions of the GBA stand to jointly benefit from a region with increased synergies in urban design. Those synergies can also help solve problems particular to each locality. For example, Nair says Hong Kong’s participation in the GBA could help resolve the city’s longstanding housing problem. It’s a point that didn’t escape Master of Architecture students at the Chinese University of Hong Kong (CUHK) when they came up with the housing design proposals for their UABB exhibit, Won’t You Be My Neighbour? The designs are intended for the Lantau Tomorrow site, which centers on facilitating integration with the GBA through housing and infrastructural developments on Hong Kong’s largest island.

MRC’s contribution to UABB, Housing Is a Verb: Building Domesticity in Transience, examines Hong Kong’s transitional housing project, which launched in 2018. The modules are mostly prefabricated in Guangdong province. Lam explains that whereas earlier manufacturing was done in Shanghai, Jiangsu and even Malaysia, “With the advent of modular integrated construction — a relatively new technology for Hong Kong — there’s been a growing trend for contractors to set up prefabrication yards in or around the GBA, as this provides more proximate logistics by road or sea.”

Back in the 1990s — when the Pearl River Delta was already an economic powerhouse — the wider concept of the GBA didn’t exist. Fast-forward to today and Hong Kong architects are working on both sides of the border. For many of these projects, sustainability is a key driver.

Architecture firm KPF’s Unfold the Green Campus UABB exhibit tells the story of the Hong Kong University of Science and Technology’s Guangzhou-based “living lab” and green campus. “The campus is very intelligent,” says Bernard Chang, principal at KPF, explaining that it collects data and monitors its own performance to facilitate improvements. “Data is being collected in terms of electricity usage, with cradle-to-cradle studies for simple things like air conditioning,” adds Fei Mui, architect at KPF and a co-curator of UABB.

Hong Kong architecture firms doing fine work on the mainland also include Leigh & Orange (L&O) and LWK + Partners. Among L&O’s ongoing projects is Future Times, a mega mixed-use development with offices, a hotel, school, retail and residential towers, in the emergent financial district of Qianhai in Shenzhen. The project’s location, next to a metro maintenance depot, posed a challenge for the architects. As principal director Kelvin Li explains, L&O is using “the concept of a multidimensional ‘green carpet’ to seamlessly connect the site with its surrounding environment”. 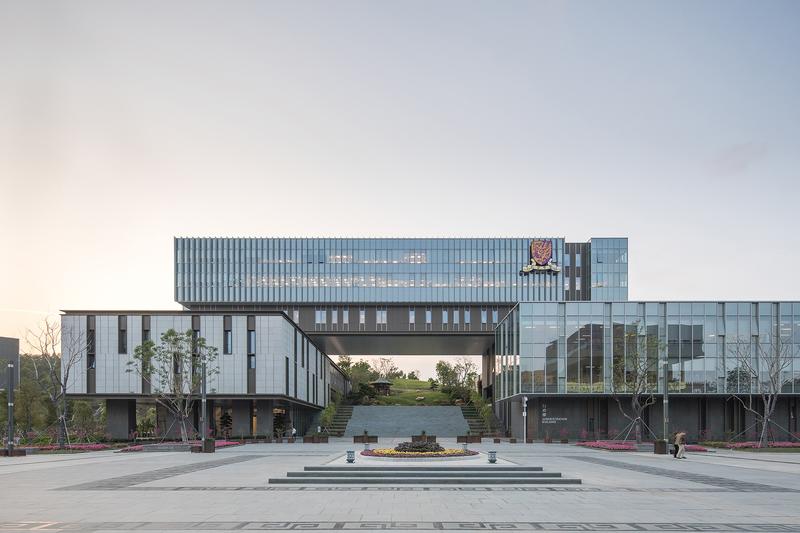 LWK + Partners, which has a dedicated green design and research team, is currently working on Shunde Innovation City, a transit-oriented development in Foshan’s Shunde district. “The mall is planned to seamlessly link the future Foshan Metro Line 3 station with Shunde Port, providing a comfortable and enriching walking experience to and from the port,” explains Joseph Chan, the firm’s director of planning. “The design also makes use of the ground space above the railway to create a vibrant superpark, linking the station, Shunde Port and the waterfront park, with extensive greening to achieve carbon reduction.”

Hong Kong architects Gravity Partnership are working on a project in Baishizhou in Shenzhen, marrying high density with multilayered green areas. The firm also designed CUHK’s Shenzhen green campus. Director Roy Liu explains that besides emphasizing sustainability, the project preserved the site’s existing ridgelines and lush vegetation as far as possible. The Baishizhou project is featured in Beyond Territories: Made, Make, Making, an exhibition of Hong Kong architecture past, present and future, opening successively in Hangzhou, Beijing and New York, before its finale at home from December. 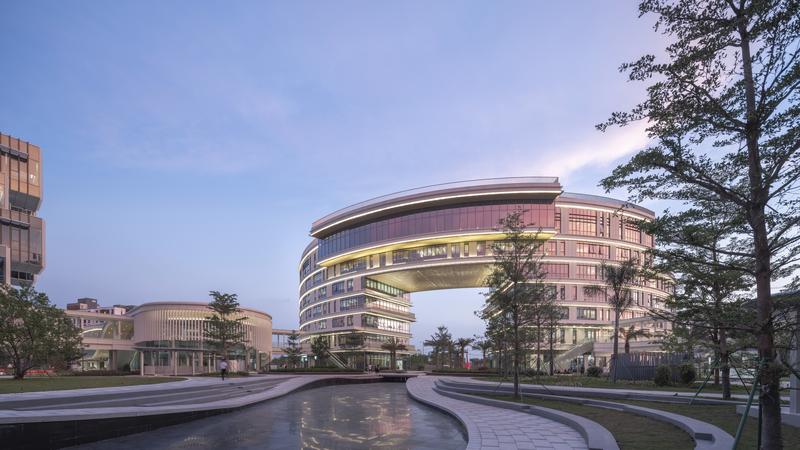 As for further integration into the GBA, GIFT’s Nair says, Hong Kong will probably be the biggest beneficiary in terms of the standard metrics of economic growth. He adds that the city should also look toward lowering its carbon footprint and setting targets for greater food self-sufficiency.

A major motivation for integrating with the GBA, continues Nair, is the potential to improve social conditions for the majority of Hong Kong people. “The benefits should translate into a better quality of life — and that comes back to space, space, space: housing, urban design, better living conditions.

“The overarching political model of the Chinese system will allow those synergies — the good from Hong Kong and the good from the other side — to be built into a much better, long-term sustainable plan.”

Beyond Territories: Made, Make, Making