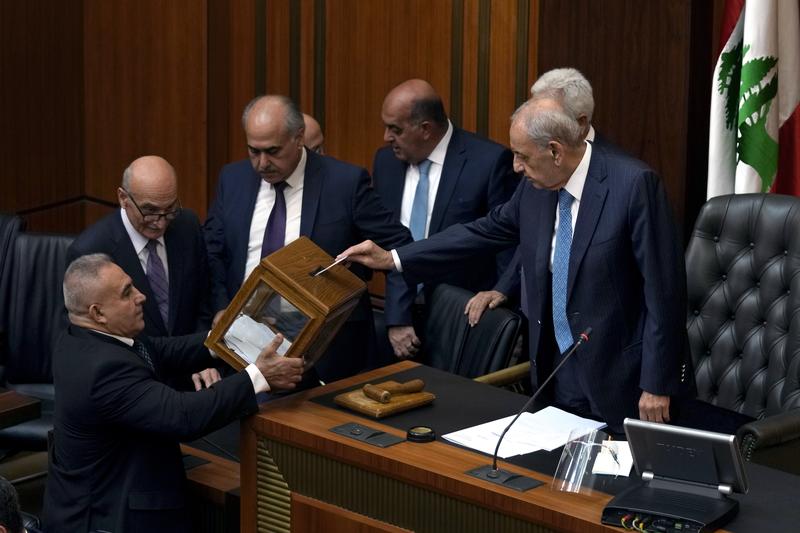 BEIRUT - The Lebanese parliament failed to elect a new head of state on Thursday to replace President Michel Aoun when his term ends on Oct 31, and Parliament Speaker Nabih Berri said he would call another session when consensus emerged on a candidate.

The bulk of votes cast by lawmakers at Thursday's session -- 63 -- were blank. Christian politician Michel Moawad won the backing of 36 of 122 lawmakers who attended.

The bulk of votes cast by lawmakers at Thursday's session -- 63 -- were blank, and Christian politician Michel Moawad won the backing of 36 of 122 lawmakers who attended

Unless consensus emerges on a candidate, the presidency looks set to fall vacant when Aoun's term ends, at a time of deep financial crisis.

Reserved for a Maronite Christian in Lebanon's sectarian system, the presidency has fallen vacant several times since the 1975-90 civil war.

Anticipating a presidential vacuum, politicians have stepped up efforts to agree a new cabinet led by the Sunni Muslim Prime Minister Najib Mikati - who is currently serving in a caretaker capacity - to which presidential powers could pass until a president can be agreed.