Toymakers look to the past to build business

By Yu Ran in Shanghai 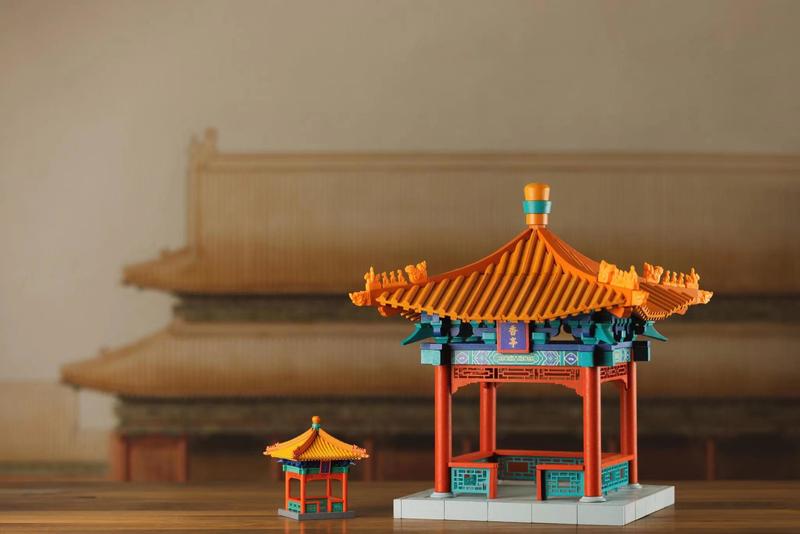 The Pavilion of Concentrated Fragrance in the Forbidden City is a signature item manufactured by Wanfeng Bricks. (PHOTO PROVIDED TO CHINA DAILY)

Chinese companies making toy bricks are turning to traditional building methods to compete with international rivals such as Lego.

Domestic enterprises aim to develop such bricks by seeking inspiration from ancient Chinese culture to meet demand in a booming market.

Liu Wenhui, founder of Wanfeng Bricks, which is based in Hangzhou, capital of Zhejiang province, said developing toy bricks based on the mortise-and-tenon construction method perfectly showcases the unique architectural features of ancient Chinese buildings, which have symbolized the nation throughout its 5,000-year history.

First used more than 7,000 years ago, the earliest examples of mortise-and-tenon construction were found in the Hemudu culture in southern China. This method relies on interlocking joints to connect wood, without the use of nails.

Liu said, "I wanted to create a toy brick that could be taken apart and reassembled, and which demonstrates traditional Chinese culture and Oriental aesthetics."

Born in Fenyang, Shanxi province, a city surrounded by ancient architecture such as temples, ancestral halls, pagodas and the city wall ruins, Liu dreamed of doing "something related to traditional Chinese architecture" when he was a boy.

For the past nine years, he has worked on making toy bricks based on mortise-and-tenon construction methods used in the Forbidden City in Beijing, and Fougang Temple, Nanchan Temple and the Yingxian Wooden Tower — all located in Shanxi.

"I am determined to make good-quality and representative building bricks with Oriental beauty to showcase our ancient culture and traditions," Liu said. 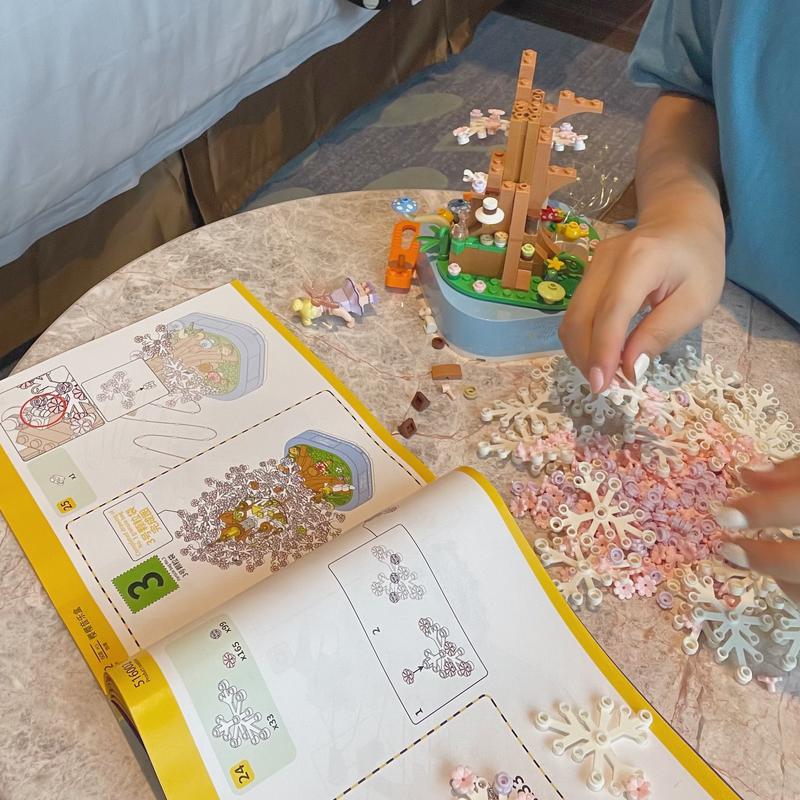 One of his signature items is a mini version of the Pavilion of Concentrated Fragrance, also known as the Ningxiang Pavilion, in the Forbidden City, in which more than 300 mortise and tenon joints can be found. Located in the northeastern corner of the Imperial Garden, the pavilion boasts glazed tiles in yellow, green and blue, which cover its roof in a grid pattern.

Liu said, "We are working to develop more toy bricks as cultural and creative products based on ancient buildings, allowing those that use them to immerse themselves in the magnificent beauty of Chinese culture."

Wanfeng Bricks has a wide range of sales channels, including e-commerce platforms such as Alibaba and JD, and offline cooperation with bookstores and museums. Its sales volumes, which reached 3 million yuan ($425,400) in 2019, exceeded 10 million last year.

"We still have a long way to go to compete with Lego, but we are trying to meet consumers' needs with high-quality toy bricks with Chinese cultural characteristics, rather than imitating other products," Liu said.

According to Jincanmou, an e-commerce data analysis platform, JD's cumulative sales of trendy toys from January to May exceeded 400 million yuan, with an annual growth rate of more than 40 percent. Its sales of toy bricks rose by 29 percent year-on-year.

Lin Xihan, who keeps a blog of such toys, said, "I've noticed that more domestic toy brick brands are diversifying their products by innovating for this market, which is expanding rapidly." In the past two years, Lin spent more than 30,000 yuan on some 300 packs of Chinese toy bricks.

Seeing great market potential, companies manufacturing such toys are seizing their opportunity, including TOP TOY, a fashionable brand established in 2020, which is well-known for a range of products, including handmade toys. 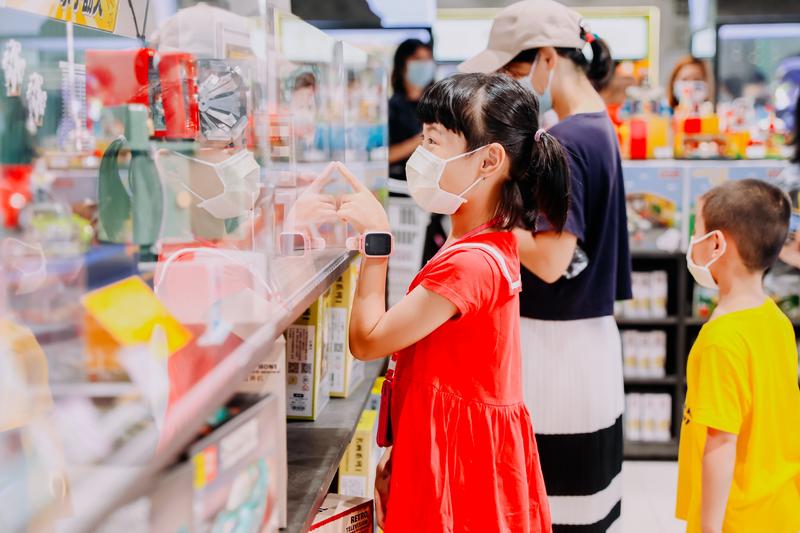 Sun Yuanwen, founder and CEO of TOP TOY, which targets 15-to-40-year-old consumers with a variety of products, said, "We are constantly improving our brand value and consolidating our core competitiveness as well as leveling up the quality and cost performance of our products to catch up with foreign giants such as Lego."

It took TOP TOY about two years to find a local supplier to cooperate on a supply chain and prepare for the formal launch of its special section, China Bricks, in September last year to tell the stories of China and pass on Chinese culture in a modern way.

"After learning about the demand for Chinese retro through online lifestyle platforms, we are keen to incorporate nostalgia in our products to trigger an emotional resonance with our customers," Sun said.

In March, TOP TOY launched a series of retro toy home appliances, which have been exceptionally popular with consumers born in the 1980s and 1990s. The brand introduced television sets, washing machines and other items that reminded customers of their childhood.

Lin said, "Adults, as well as children, love to play with toys, as assembling building bricks is not just fun or a way to relieve stress, but also brings back childhood memories."

However, the key problem is that the toy market is dominated by foreign brands' high-quality products influenced by Western culture, while Chinese brands are more likely to be recognized as being cheap, of low-quality, and unoriginal.

Sun said, "Our focus now is on breaking the price barrier for high-quality toy bricks, allowing consumers to see the growth and potential of Chinese companies making such products, and introducing high-quality, cost-effective innovative items to represent China." 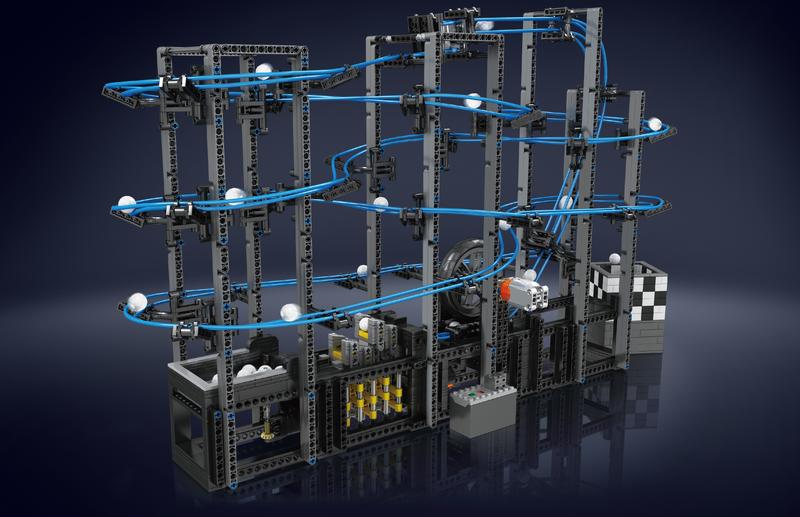 Gao Canbo, who is responsible for China Bricks at TOP TOY, said, "We use building bricks for the carrier to vividly display the vessel's catapults, and give consumers a sense of national pride as they have fun assembling the bricks."

As of the end of June, the brand had 97 stores nationwide, and its quarterly revenue reached 110 million yuan, a year-on-year rise of 33 percent. Its online business contributed more than 10 percent of this total.

The brand established China Bricks this year as its top strategic target. It has more than 40 stock keeping units, which track inventory for China Bricks, and is planning to launch another 60 such units later this year.

TOP TOY next aims to create a variety of toy brick products themed on Chinese aerospace, urban street scenes, plants and flowers, to fully explore the commercial value of these items.

Sun said, "Quality building bricks offer unique emotional value and experience, and enable people to build a perfect world with their own hands."

According to analysis from Research And Markets, the global market for toy bricks was estimated at $7.3 billion in 2020, and is projected to reach $10.4 billion by 2027, with a compound annual growth rate of 5.1 percent.

China's retail toy market was valued at 77.97 billion yuan in 2020, a year-on-year rise of 2.6 percent, according to the 2021 White Paper on the Development of China's Toy and Baby Products Industry released by the China Toys and Baby Products Association. 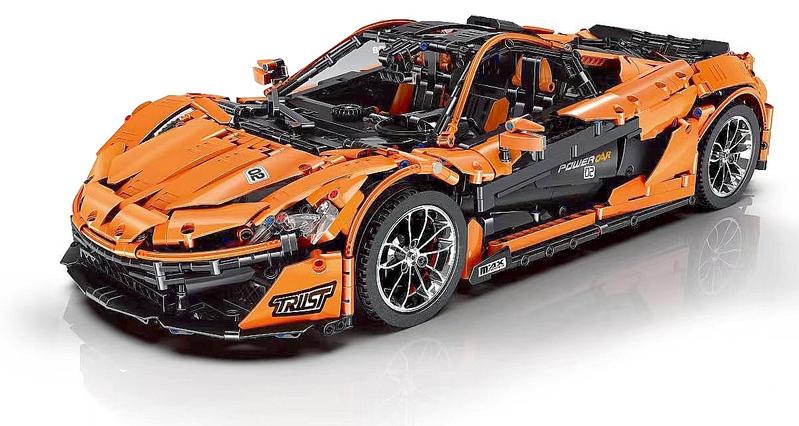 Unlike most companies that aim to meet demand from all age groups, the toy brick brand Wekki mainly targets young female consumers.

Lin Wei, the founder of Wekki, which is keen to provide young people with a new form of entertainment in their spare time, said, "Toy bricks give users an immersive experience to help them relieve anxiety and gain a sense of achievement."

For beginners, a single Wekki pack contains about 500 small bricks, which can be assembled into a themed setting in two or three hours. The product themes include fairy tales and scenes favored by young women who dream of being princesses.

The company established the fictional Wekki Estate Co to create an imaginary world from toy bricks. One of the most popular sets is the "So Good Shop" series, in which players open all kinds of businesses, including a jelly shop, an ice-cream venture and a fruit shop, on their own commercial streets.

Sets in this collection can be played separately. For example, the "So Soft Toast Shop" is designed to resemble three slices of toast, which unfold to portray different processes involved in making toast. This set, which has been on the market for more than a year, remains a bestseller.

Lin said, "We want to become a unique toy brick brand for young people, so that adults who work hard in real life during the day can join Wekki's dreamland at night."

Last year, Wekki launched its Fairy Tale series in conjunction with the Victoria and Albert Museum in London — featuring a collection of toy bricks themed on classic fairy tales.

Lin said the brand not only has a price advantage over its competitors — it also deeply enhances the cultural value of toy bricks.

Meanwhile, companies producing such bricks are working to create exclusive products with their own intellectual property rights. They aim to attract different groups of consumers in the rapidly growing market, and to stand out amid fierce competition from emerging local brands.

Instead of focusing on developing themed settings and product content like Wekki, Mould King, a brand that makes toy bricks that showcase technology, entertainment and innovation, has added elements of high-technology to its products to meet demand from all age groups.

Xie Weichun, general manager of Mould King, said, "After carrying out market research, we decided to integrate intelligent control and programming into our bricks to make them move — bringing more 'edutainment' to our customers."

Founded in Shantou, Guangdong province, in 2012, Mould King has launched 350 sets of toy bricks with their own intellectual property rights, including a racing car series and programmed robots — mostly inspired by daily life.

The word "moving" applies to all Mould King's toy brick products, as its racing cars are remote controlled, large construction trucks are maneuverable, and its robots can be programmed after being assembled.

Xie said: "We're keen to provide adult consumers with a more interesting playing experience. We also want to help children improve their mental development as they assemble the bricks and observe the way in which finished products move."

Such domestic brands are mushrooming, and the majority of them are paying great attention to creating elegant and specialized products. The development of domestic toy brick brands is changing rapidly with the market.

"We are not afraid of facing tougher competition, as we are confident of remaining unique by adhering to originality, improving the use of scientific technology, and constantly making breakthroughs in innovation," Xie said.

It is a good sign that more domestic brands are entering the market with Mould King, reminding local consumers that high-quality toy bricks can be created by Chinese brands, not just giants such as Lego, Xie added.

Lin, the blogger, said: "I am very optimistic about the development of these Chinese brands, which just need more time to grow. Many of them have already made great progress on improving their products and have introduced more original designs."

Toy bricks manufactured in China will attract more customers — not just in the domestic market, but also overseas sooner or later, Lin added.