By Xu Fan and Liu Kun 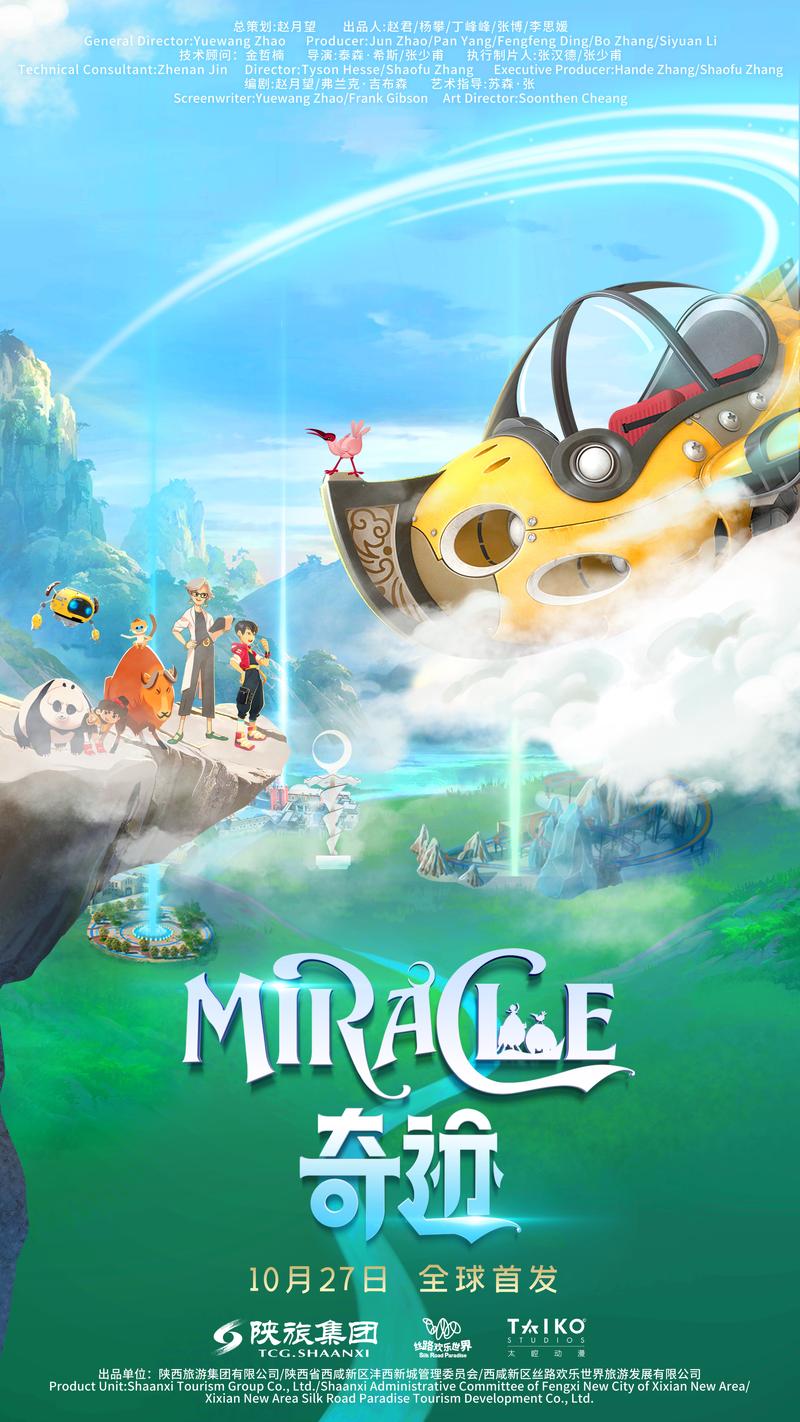 A poster for Miracle, a Chinese animated short movie that has won several international awards since its online debut last year. (PHOTO PROVIDED TO CHINA DAILY)

Starring all these wild creatures, Miracle, the 7-minute movie produced by the Chinese company Taiko Studios, has recently been shortlisted in the final competition for the Cannes 7th Art Awards, formerly known as Cannes International Independent Film Festival. The winners will be announced in mid-October.

Currently available on multiple streaming sites, including Tencent Video and iQiyi, the short movie unfolds with a young boy's visit to his grandmother, a scientist who invents an inter-dimensional ship capable of time travel. After he accidentally starts the machine, the boy, his younger sister and the grandmother are pulled into an unknown dimension, ushering in an adventure to encounter the animals in a mysterious jungle that is related to the ancient Silk Road.

Zhang Shaofu, a native growing up in Wuhan in Central China's Hubei province, co-directs the movie with American animator Tyson Hesse, known for the Sonic the Hedgehog franchise.

Speaking of the four rare animals as one of the highlights, Zhang recalls that animating the fur of the creatures to behave in a natural and realistic way was a major technical challenge.

With an international team, the movie has gathered 12 animators from China and overseas who spent 87 days creating 102 computer-generated scenes, Zhang says.

With the movie featuring quotes from US entrepreneur Elon Musk and his model and dietitian mother, Maye, Zhang Hande, the movie's producer and the father of Zhang Shaofu, says that the protagonist boy, whose name is Silkma, is inspired by Elon Musk, as the billionaire's innovative and adventurous spirit matches the imagination of the protagonist.

"The quotes are meant to convey the spirit of innovation and a brash, risk-taking attitude toward trying new things and being adventurous," adds Zhang Shaofu.

Notching up more than a decade of experience at Walt Disney Animation Studios and Sony Pictures Animation, Zhang Shaofu has worked on a string of animated blockbusters, such as Zootopia, Big Hero 6 and Moana.

He says the work experience obtained from these big-budget projects gave him a distinct perspective to find common ground between "specifics of Chinese cultural elements with the storytelling that people all around the world can enjoy".

"Having worked in the Hollywood animation industry for many years, I know how difficult and complex it is to make a high-quality animated film. It makes me so proud to see Chinese animation achieving such amazing success and reaching new heights of storytelling and visual artistry, which was previously monopolized by the West," he adds.

The short movie is also in consideration for an Oscar nomination.