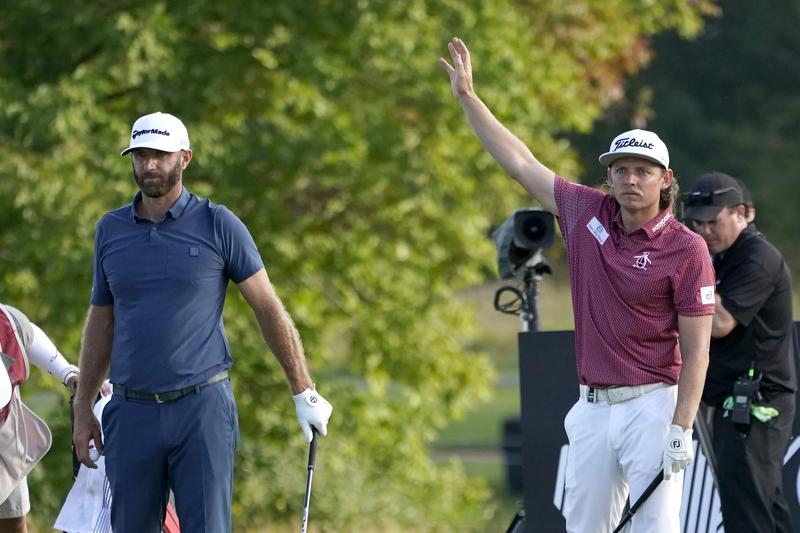 Cameron Smith (right) watches his tee shot on the 18th hole sail right into the gallery as Dustin Johnson watches during the final round of the LIV Golf Invitational-Chicago tournament on Sept 18, 2022, in Sugar Hill, Ill. (CHARLES REX ARBOGAST / AP)

Saudi Arabia has never been part of the Presidents Cup, which every two years pits the best golfers from the United States against the best from the rest of world -- except Europe.

The PGA Tour organizes the Presidents Cup while LIV Golf, bankrolled by Saudi Arabia's Public Investment Fund, has been busy poaching players, luring away some of golf's biggest names with staggering sums of money

But this week at the Quail Hollow Club in Charlotte, the Saudi-backed LIV Golf circuit will be in the middle of the action, as the feud between it and the PGA Tour continues to escalate, impacting both teams.

The PGA Tour organizes the Presidents Cup while LIV Golf, bankrolled by Saudi Arabia's Public Investment Fund, has been busy poaching players, luring away some of golf's biggest names with staggering sums of money.

In retaliation the PGA Tour has suspended anyone jumping to the rebel circuit and the result is both sides will be missing key players when play gets underway on Thursday.

The US will be without the services of LIV defectors and major winners Dustin Johnson, Bryson DeChambeau and Brooks Koepka.

LIV Golf's number one recruit six-time major champion Phil Mickelson, who has played in more Presidents Cups (12) and more matches (55) than anyone else, would likely not have made the squad on merit but almost certainly would have found a place in a non-playing role as an ambassador or co-captain.

Their absence will have minimal impact on a powerhouse American lineup that still includes three of the top five in the world rankings, led by number one Scottie Scheffler.

The 12-man International squad, however, cannot come close to matching the deep US talent pool and the loss of world number three, Australian Cameron Smith, the Open and Players championship winner this year, is a huge blow to their hopes of lifting the Presidents Cup for just the second time.

Australian Adam Scott, playing his 10th Presidents Cup and Japan's Hideki Matsuyama his fifth are the only members of the squad to have played in more than one event. 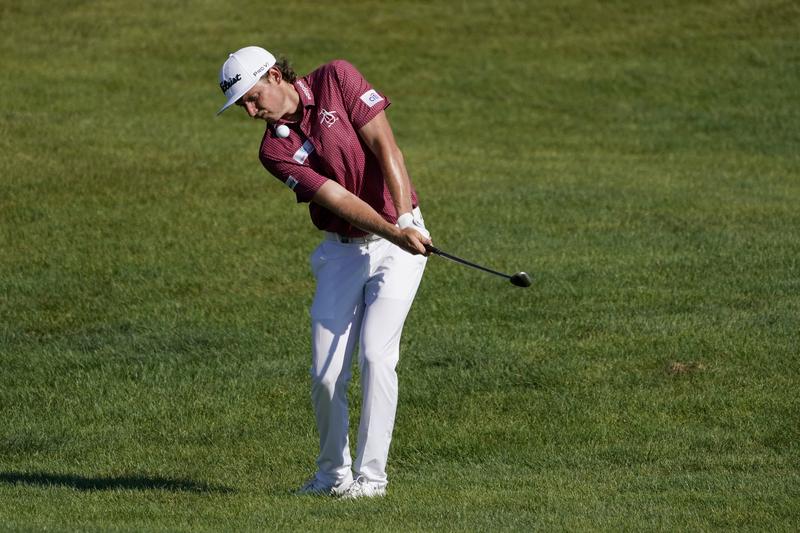 Cameron Smith strikes his approach shot to the 11th green during the final round of the LIV Golf Invitational-Chicago tournament on Sept 18, 2022, in Sugar Hill, Ill. (CHARLES REX ARBOGAST / AP)

In 13 previous Presidents Cups the International team has just one victory, coming in 1998 when the event was staged in Australia.

Every other Presidents Cup has gone to the United States with the exception of 2003 in South Africa that ended in a draw.

The last time the US staged the event in 2017 at Liberty National they charged into a 14-3 1/2 lead going into the Sunday singles and coasted to a 19-11 victory.

Having home advantage once again and 40,000 boisterous fans backing them, there are fears that an inexperienced International team could be in for a humiliating thrashing at Quail Hollow.

"We'll be representing underdogs all over the world in every facet of life," conceded Immelman. "Whether it be business or sport or kids at school.

"We look forward to the Presidents Cup every time.
ALSO READ: LIV series is here to stay, says Mickelson

"Over the years you look at the history books, everybody knows we've had our butts kicked, but that doesn't mean we'll come with any less passion and compete to try and win."