By Zhu Wenqian and Shi Ruipeng in Nanning 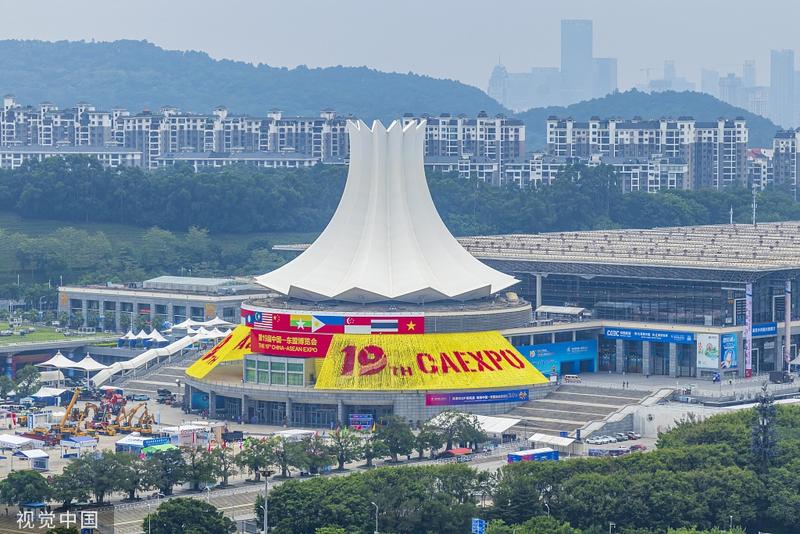 The 19th China-ASEAN Expo, which begins on Friday in Nanning, Guangxi Zhuang autonomous region, and concludes on Monday, is expected to help promote trade and exchanges between the two sides, and participants are looking to seek new cooperation opportunities.

This year serves as the first year after China and the Association of Southeast Asian Nations upgraded their relations to a comprehensive strategic partnership, and it is also the first year since the Regional Comprehensive Economic Partnership agreement took effect on Jan 1.

Themed around sharing new opportunities of the RCEP and jointly advancing version 3.0 of the China- ASEAN Free Trade Area, the expo will help promote cooperation between the two sides.

Wu Zhengping, director of the Trade Development Bureau of the Ministry of Commerce

Chinese Vice-Premier Han Zheng will attend the opening ceremony of the expo, said the Ministry of Foreign Affairs.

A total of 1,653 companies will participate in the event, including State-owned enterprises such as Sinopec and China COSCO Shipping Corp, as well as foreign companies such as Malaysian State-owned energy group Petronas, Singapore-based Pacific International Lines (PTE) Ltd and Japan's Mitsubishi Group, the Ministry of Commerce said.

The expo will hold a number of high-level forums, including a group of RCEP-related events. Malaysia will serve as the country of honor this year.

"Themed around sharing new opportunities of the RCEP and jointly advancing version 3.0 of the China-ASEAN Free Trade Area, the expo will help promote cooperation between the two sides," said Wu Zhengping, director of the Trade Development Bureau of the Ministry of Commerce.

In November last year, China and ASEAN agreed to elevate their ties to a comprehensive strategic partnership at the special summit to commemorate the 30th anniversary of their dialogue relations.

President Xi Jinping made five proposals for developing future relations between China and ASEAN, including building a peaceful, safe and secure, prosperous, beautiful and amicable home together.

Jointly achieving a green transition is an essential part of China-ASEAN cooperation. China Energy Engineering Corp Ltd plans to sign a number of projects with its partners, and the total investment value is expected to reach 165 billion yuan ($23.6 billion).

Domestic projects will be mainly located in Guangxi, and involve segments such as integrated energy storage from different resources. The company will also invest in Malaysia, Vietnam, Indonesia and the Philippines in new energy, energy storage and industrial parks.