Davis Cup: US improves to 2-0 with win over Kazakhstan 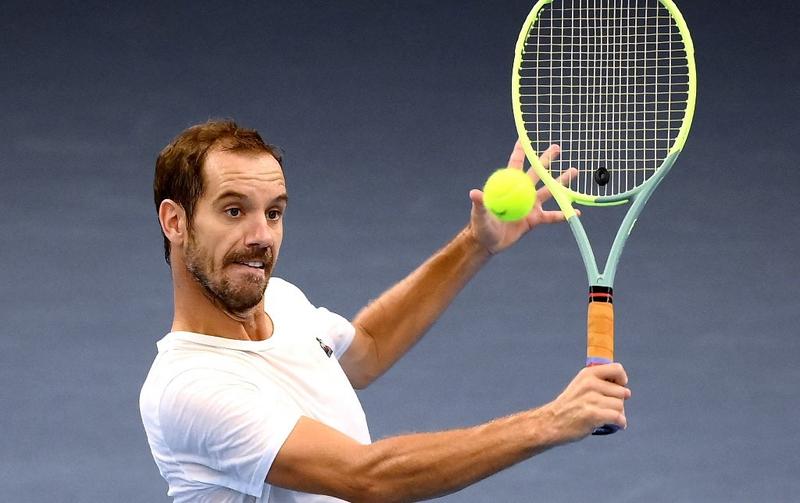 France's Richard Gasquet hits a return during a training session prior to the Davis Cup tournament in Germany, on Sept 9, 2022, in Paris. (FRANCK FIFE / AFP)

The Americans improved to 2-0 after beating Great Britain a day earlier. Sitting in first place in Group D with one match remaining, they are more than likely a lock to reach the knockout stage. Great Britain faces Netherlands (1-0) on Friday.

Sitting in first place in Group D with one match remaining, the Americans are more than likely a lock to reach the knockout stage

The group stage is taking place from Tuesday through Sunday in four cities across Europe. The top two teams in each round-robin group will advance to the knockout stage in Malaga, Spain, Nov. 22-27.

In Group A, Croatia earned its first win of the stage by defeating Sweden 2-1 in Bologna, Italy.

Serbia also got into the win column in Group B by beating South Korea 2-1 in Valencia, Spain.

Serbia improved to 1-1 while South Korea fell to 0-2. Friday's match pits Spain against Canada, with both sides entering 1-0.

Australia moved to 2-0 in Group C by rallying to beat France 2-1 in Hamburg, Germany.