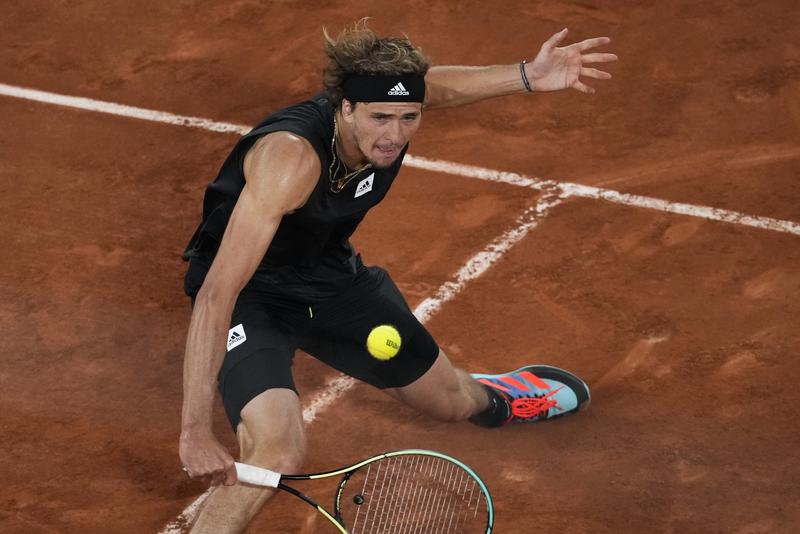 Alexander Zverev has not given up hope of playing next month's US Open but the German world number two is more likely to return to action from his ankle injury during the group stage of the Davis Cup Finals in mid-September.

Zverev was forced to retire after suffering an injury during his French Open semifinal against Rafael Nadal and had surgery on torn ligaments in his right ankle last month.

The 25-year-old has yet to be ruled out of the year's final Grand Slam, which starts on Aug 29 on the hardcourts of Flushing Meadows in New York.

This month, Zverev posted a video on social media in which he was seen walking without crutches. This week, he confirmed his participation in the Oct 3-10 Japan Open in Tokyo

"Sascha is recovering well and is still hoping that he can be ready for the US Open," a spokesperson for Zverev told Reuters. "However, it is still too early to tell if he will be able to compete there or not."

ALSO READ: Nadal has another mountain to climb against Zverev

This month, Zverev, who finished runner-up at the 2020 US Open, posted a video on social media in which he was seen walking without crutches. This week, he confirmed his participation in the Oct 3-10 Japan Open in Tokyo.

But Olympic singles champion Zverev is targeting an earlier return to competitive action, aiming to lead Germany's campaign in the group stage of the Davis Cup, on Sept 13-18.

Germany will play their matches at home in Hamburg with France, Belgium and Australia the other teams in Group C. Two teams from each of the four groups will advance to the quarterfinals of this year's men's team event.

"Davis Cup in Hamburg in September seems more realistic but we keep our fingers crossed that he will be ready earlier," the spokesperson said on email. "Therefore, he should be able to play a few events before Tokyo."