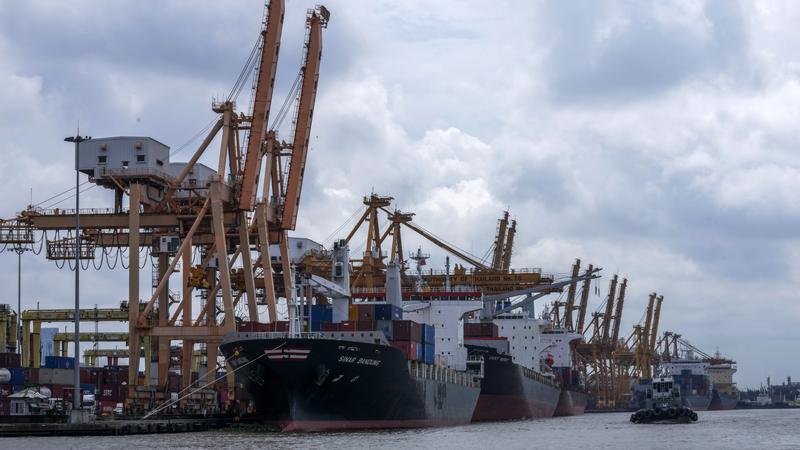 SIEM REAP, CAMBODIA - The economic ministers of the Association of Southeast Asian Nations (ASEAN) on Thursday reaffirmed their unwavering commitment to regional economic integration amid continued COVID-19 pandemic-related challenges and rising geopolitical tensions, according to a joint media statement.

The statement was issued at the end of the 54th ASEAN Economic Ministers' meeting, which was convened in Cambodia's northwestern Siem Reap province.

The ASEAN economy expanded by 3.4 percent in 2021 with growth driven by a strong rebound in consumption, investment and trade, supported by the successful rollout of vaccination programs that enabled economies in the region to reopen domestically, it said.

It added that the ministers also noted the strong rebound in ASEAN's trade and investments in 2021 as merchandise trade, propelled by electrical products and fuels, reached US$3.34 trillion in 2021, up 25.2 percent from the previous year.

Meanwhile, investments amounted to US$174.1 billion in 2021, up 42.3 percent from the previous year, with robust expansion noted in the manufacturing, financial and insurance services sectors, the statement added

Meanwhile, investments amounted to US$174.1 billion in 2021, up 42.3 percent from the previous year, with robust expansion noted in the manufacturing, financial and insurance services sectors, the statement added.

"The meeting noted that as of mid-August 2022, the full dose vaccination rate in ASEAN has reached 69 percent, while 30.5 percent of the population has received booster shots," the statement said.

"The meeting expressed optimism that the growth momentum would continue to 2022 and 2023, with growth forecast at 5 percent and 5.2 percent, respectively."

Speaking at a press conference at the end of the meeting, Cambodian Ministry of Commerce's Undersecretary of State and Spokesman Penn Sovicheat said the ASEAN ministers recognized that the conflict in Ukraine aggravated disruptions in global value chains, further fueled inflation, and dampened overall economic expectations.

He added that the ministers also underscored that carbon neutrality and the digital economy will be drivers of the region's development in the years to come.

According to Sovicheat, the ministers also noted the significant progress in keeping the markets open for trade and investment through the implementation of the ASEAN Comprehensive Recovery Framework (ACRF), which serves as the region's consolidated exit strategy from the pandemic.

"The ministers reaffirmed their commitment to jointly work towards a durable post-pandemic recovery through the five ACRF broad strategies around health systems, human security, economic integration, inclusive digital transformation, and sustainability," he said.

Sovicheat said the ministers also adopted the Guiding Principles for Negotiating the ASEAN Framework Agreement on Competition (AFAC) and launched the AFAC negotiations, which aims to provide a fair and competitive business environment in ASEAN.

For the Regional Comprehensive Economic Partnership (RCEP) free trade agreement, he said the ASEAN ministers welcomed the agreement taking effect on Jan 1, 2022, which set into motion the creation of the world's largest free trade area.

Sovicheat said RCEP encompasses a third of the global market, generating 30 percent of global gross domestic product, a quarter of trade in goods and services, and 31 percent of global foreign direct investment inflows.