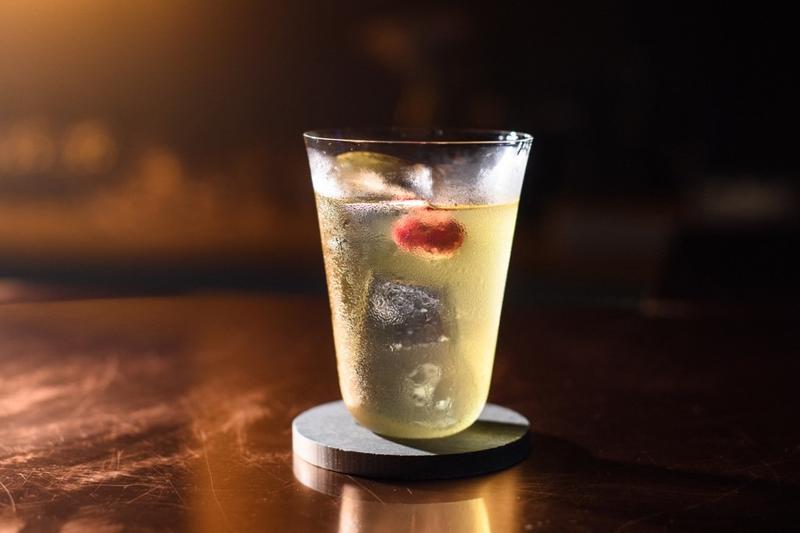 This picture taken on August 1, 2020 shows a non-alcoholic cocktail "Nepalade" in a bar in Tokyo. (PHILIP FONG / AFP)

"If I have to get up early, and I think 'Oh, I should hold off on drinking,' then I go for a non-alcohol drink to get a sense of alcohol when I'm drinking alone," Okamoto, 22, said at a Tokyo restaurant. "And of course, when hanging out with friends who don't drink, it's nice to have something to toast with."

The global market value for non-alcoholic drinks rose to just under $10 billion in 2021 from $7.8 billion in 2018, according to researcher IWSR.

The popularity of low- and non-alcoholic drinks has risen worldwide, accelerated by the pandemic, which led many people to be more health conscious. The global market value for the segment rose to just under $10 billion in 2021 from $7.8 billion in 2018, according to researcher IWSR.

The effect has been especially pronounced in Japan, where the population is shrinking and younger people drink far less than in previous decades. Just 7.8% of Japanese people in their 20s were regular drinkers in 2019 compared with 20.3% of that age group in 1999, according to government surveys.

Facing a steady decline in revenue from alcohol sales, Japan's tax office in July launched a contest seeking ideas on how to stimulate demand among younger people.

Just 7.8% of Japanese people in their 20s were regular drinkers in 2019 compared with 20.3% of that age group in 1999, according to government surveys

At home, the companies are coming up with new ways to improve the bar experience for non-drinkers.

On a recent afternoon in the entertainment district of Roppongi, groups of mostly young women gathered at a no-alcohol "beer garden" set up in the shadow of one of Tokyo's tallest buildings.

Beer gardens are a summer tradition in Japan, but this one - promoted by Suntory and broadcaster TV Asahi - skipped the beer, offering patrons a lineup of mocktails and non-alcohol wine instead.

"Consumers are not enjoying just alcoholic beverages. We think they value more of the communication that's generated when drinking or would like to enjoy the atmosphere of the place where they drink," said Suntory general manager Masako Koura.

Competitor Kirin Holdings Co also offers non-alcoholic wines, cocktails and beer. The company said sales of its booze-free beer were up more than two-fold in the three months through June compared with a year ago.

Sapporo Holdings Ltd said domestic sales of low-alcohol and non-alcoholic beer rose 20% in the half year through June, while canned beer sales slid 4%.

In Shibuya, the newly opened Sumadori Bar - a play on the Japanese words for "smart drinking" - offers elaborate, sugary cocktails that can be made with no alcohol or up to 3%. It offers an environment where everyone can enjoy a drink together, said Mizuho Kajiura, chief executive of the Asahi-led venture.

Kajiura worked for two years in Indonesia and said his experience in the mostly Muslim nation gave him an appreciation for creating hospitable environments for non-drinkers.

"The aim of this bar is to value customers who cannot drink so that they can happily come here with people who do drink," Kajiura said. "If other restaurants and bars can understand our aim, I think they would get more customers."