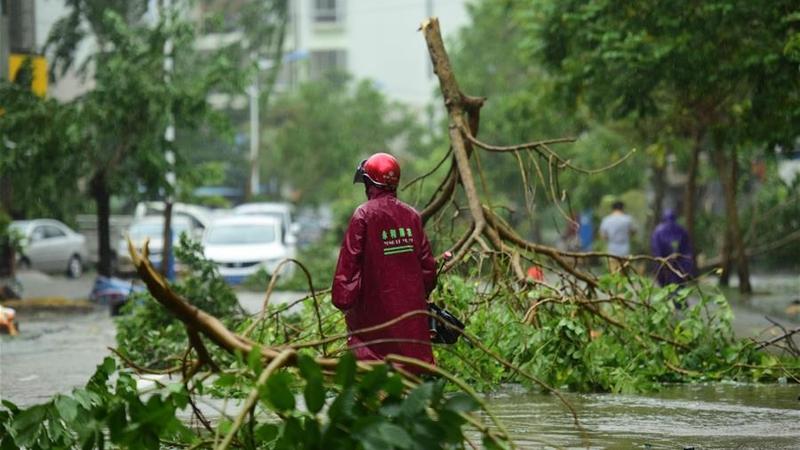 BEIJING / HANGZHOU - China's national observatory on Tuesday upgraded the typhoon alert to orange as Muifa, the 12th typhoon this year, is expected to make landfall in Zhejiang Province on Wednesday.

Over the next three days, heavy rains are expected to hit parts of Taiwan, Zhejiang, Shanghai, Jiangsu, Shandong and Liaoning, according to the forecast.

The center has advised the aforementioned regions to make emergency preparations for the typhoon and asked local residents to avoid traveling during strong wind and rain periods.

The provincial flood control and typhoon and drought relief headquarters raised the response level at 5 pm Monday, according to the provincial emergency management department.

Authorities across Zhejiang will closely follow the development of the typhoon and take a series of precautions, including issuing early warnings and evacuating people to safety.

Muifa was about 610 km southeast of the city of Zhoushan at 2 pm Monday, packing winds of up to 144 km per hour at its center and moving northward at 5 to 10 km per hour, according to the local meteorological department. It was forecast to make landfall or brush by the coast from Zhoushan to Ningbo from Wednesday night to Thursday.

China has a four-tier, color-coded weather warning system, with red representing the most severe warning, followed by orange, yellow and blue.