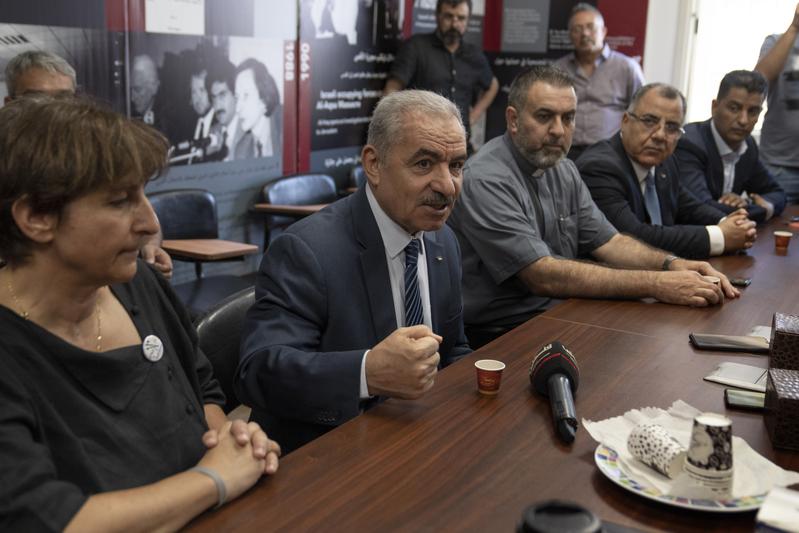 Ishtaye's made the remarks during his visit to a Palestinian NGO, which was closed by Israel in the West Bank city of Ramallah in August.

Accompanying him on the trip were diplomats from different countries, the EU, as well as members of international rights groups.

On Aug 18, the Israeli army closed seven Palestinian NGOs and confiscated their property. The military posted a notice in Arabic and Hebrew, saying the closed NGOs were working for the Popular Front for the Liberation of Palestine (PFLP).

Ishtaye contended that the closed NGOs "operate within the framework of Palestinian law after obtaining the official license from the Palestinian government."

"The occupying power (Israel) has no right in any way to attack the Palestinian freedoms and Palestinian institutions," he said.

Ishtaye noted that the main task of the human rights institutions "is to expose the violations committed by the Israeli authorities in a systematic and organized manner against the Palestinian people."

The directors of the seven closed NGOs defied the Israeli army's orders and reopened their closed offices.

Ishtaye told the diplomats and rights activists that the Israeli army had killed 85 Palestinians since early January, adding more than 1,500 were arrested all over the West Bank during daily Israeli army raids on Palestinian towns and cities.

Sven Kon von Burgsdorff, the EU ambassador to the Palestinian territories, said he strongly condemns the Israeli decision "and the fierce attack launched by the Israeli forces when they stormed the offices of the NGOs and seized its property and files."

He affirmed that the EU would continue supporting and funding these institutions and support in their steps to confront this decision.

Von Burgsdorff praised the role and effectiveness of the closed NGOs in the field of human rights.