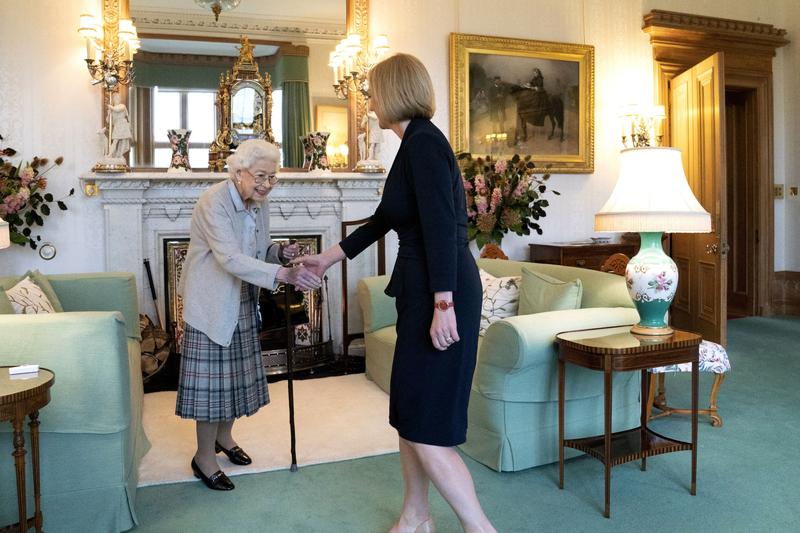 LONDON – Liz Truss took over as British prime minister on Tuesday, facing one of the most daunting set of challenges for an incoming leader in post-War history led by soaring energy bills, a looming recession and industrial strife.

Truss, the fourth Conservative prime minister in six years, flew to the royal family's Scottish home to be asked by Queen Elizabeth to form a government. She replaces Boris Johnson who was forced out after three tumultuous years in power.

"Ms Truss accepted Her Majesty's offer and kissed hands upon her appointment as Prime Minister and First Lord of the Treasury," Buckingham Palace said.

The 47-year-old former foreign secretary will later address the country from Downing Street before appointing her government. Johnson urged the country and his warring party to unite behind the new leader.

It's time for us all to get behind Liz Truss and her team and her programme.

Truss inherits an economy in crisis, with inflation at double digits, the cost of energy soaring and the Bank of England warning of a lengthy recession by the end of this year. Already, workers across the economy have gone on strike.

Her plan to revive growth through tax cuts while also potentially providing around 100 billion pounds ($116 billion) for energy has rattled financial markets, prompting investors to dump the pound and government bonds in recent weeks.

She also enters the latest crisis to buffet Britain with a weaker political hand than many of her predecessors.

Having held a place in the cabinet of senior ministers for eight years, she defeated rival Rishi Sunak in a vote of Conservative Party members by a tighter margin than expected, and more of the party's lawmakers initially backed her rival.

Johnson, who tried to cling on to power in July despite ministers resigning en masse over a series of scandals, told reporters and politicians gathered in Downing Street early on Tuesday that the country must unite.

"This is it folks," he said in his farewell speech. "What I say to my fellow Conservatives, it's time for politics to be over, folks. It's time for us all to get behind Liz Truss and her team and her programme."

After speaking outside the famous black door, he left London to travel to northeast Scotland and tender his resignation to the 96-year-old queen before Truss followed him into Balmoral Castle. 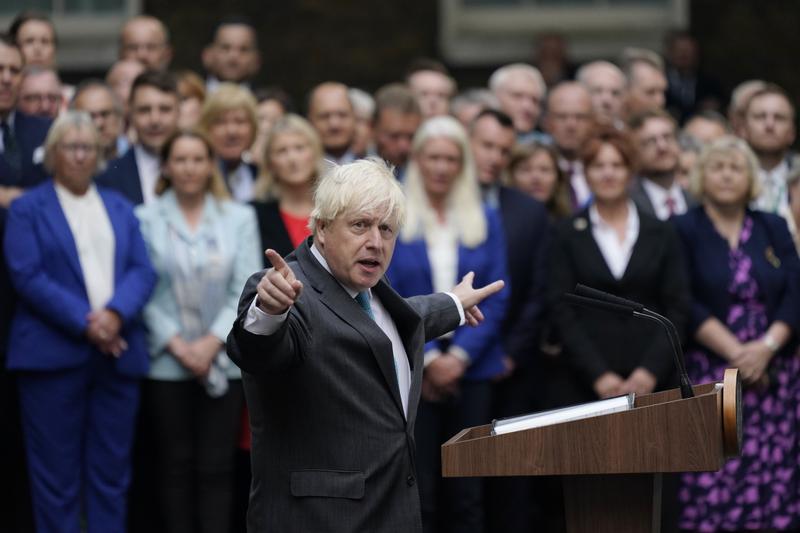 Johnson used his departure speech to boast of his successes, including an early vaccine programme during COVID-19 and his staunch support for Ukraine in its battle against Russia.

He also listed "delivering Brexit" as one of his main achievements, although polls now show that a majority of people think leaving the European Union was a mistake.

From crisis to crisis

Britain, under Conservative rule since 2010, has stumbled from crisis to crisis in recent years and there is now the prospect of a long energy emergency that could drain the savings of households and threaten the futures of businesses still weighed down by COVID-era loans.

Household energy bills are due to jump by 80 percent in October, but a source familiar with the situation has told Reuters that Truss may freeze bills in a plan that could cost towards 100 billion pounds ($115.33 billion), surpassing the COVID-19 furlough scheme.

It is not clear how Britain will pay for the support but it is likely to increase government borrowing. 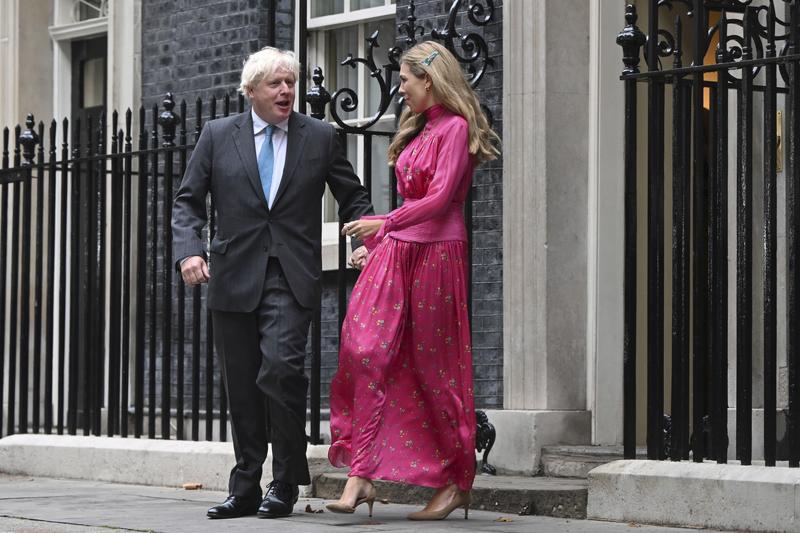 Britain's outgoing Prime Minister Boris Johnson (left) and his wife Carrie come out from Number 10, as Johnson prepares to deliver a speech, in London, Sept 6, 2022, before heading to Balmoral in Scotland, to announce his resignation to Britain's Queen Elizabeth II. (JUSTIN TALLIS / POOL PHOTO VIA AP)

The scale of the package, plus the fact the energy crisis could run for a couple of years, has spooked investors.

The pound has fared worse against the US dollar than most other major currencies recently.

In August alone sterling shed 4 percent against the greenback and it marked the worst month for 20-year British government bonds since around 1978, according to records from Refinitiv and the Bank of England.

Britain's public finances also remain weighed down by the government's huge coronavirus spending spree. Public debt as a share of economic output is not far off 100 percent, up from about 80 percent before the pandemic.