This file photo dated Feb 12, 1974, shows Battersea Power Station on the south side of the River Thames in London. (LAURENCE HARRIS / AP)

It is December 1973 and the finance minister has privately warned the cabinet of Edward Heath that the country faces its gravest economic crisis since World War Two, according to classified records that are now publicly available.

The papers shed light on the debate at the heart of government during a crisis that bears similarities to that facing current Prime Minister Boris Johnson's cabinet.

Like almost 50 years ago, Britain today faces double-digit inflation driven by soaring energy costs that will financially cripple the most vulnerable households.

Unlike then, Johnson is in caretaker mode after being forced from power over a string of scandals, leaving the parliamentary party to divide into warring factions over how best to respond.

On both occasions there were few good options, with media reports on the current government's private "worst case" planning documents outlining a return to the energy rationing that marked Heath's tenure.

Like almost 50 years ago, Britain today faces double-digit inflation driven by soaring energy costs that will financially cripple the most vulnerable households

"It was pretty dark, but you found a way of coping with it," political analyst Peter Kellner said of the power cuts, who in the early 1970s was a Sunday Times journalist.

While Britain is unlikely to face such prolonged blackouts, anything that threatens a world of contactless payment systems and computerized tills will add to anxiety over Britain's ability to withstand repeated social and economic shocks.

"There is potentially a double parallel between Britain today, and Britain in 1973," Kellner said, citing a combination of domestic and global factors that drove inflation higher in both periods.

Historian Alwyn Turner agreed there were similarities - but also big differences, such as the background of top politicians.

Heath and his Labor opponent Harold Wilson were molded by war and mass unemployment -- which gave them a historical perspective on crises even if they struggled with new threats to Britain's economy.

"I think our problem now is a lack of knowledge. We don't have anybody around in politics who can remember what it was like with inflation - certainly not in office," Turner said. Britain's next prime minister will be in their 40s.

Johnson has overseen billions of pounds of support to help with soaring energy bills, but, even as prices keep rising, he says any future measures are for his successor, due to be named on Sep 5, to decide.

Consumer price inflation peaked in 1975 at 24.5 percent and it was not until the 1990s that it fell sustainably into low single-digits. 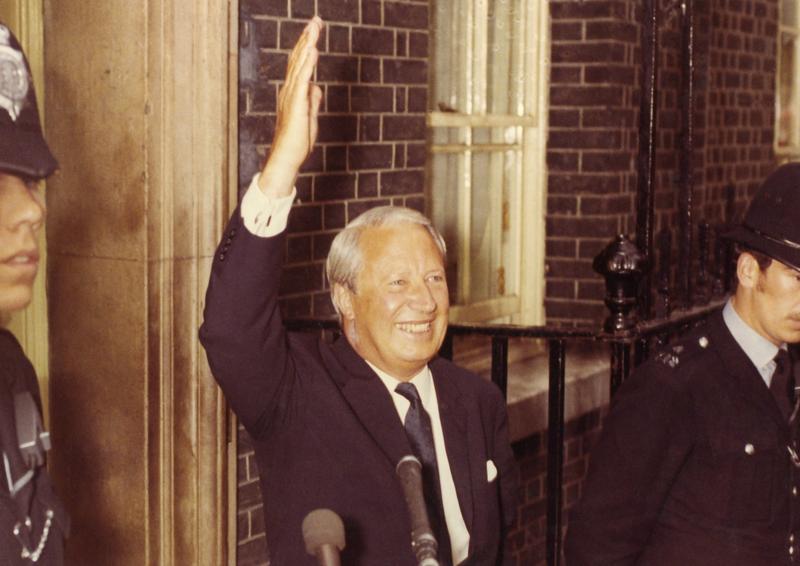 The Bank of England expects sees inflation exceeding 13 percent this October, which would be the highest rate in 42 years. It said earlier in August that inflation would take around two years to return close to its 2 percent target.

Turner said the resulting decline in living standards now under way harked back to the 1970s.

"It's a kind of grinding down. And at some point people do lose their patience," he said.

The issue of Europe represents another difference with the mid-1970s. Whereas Heath pinned hopes for an economic renaissance on membership of the European Economic Community, Johnson's flagship policy was to leave its successor, the European Union.

Official data shows Brexit has yet to yield the promised boost in trade and investment and divergence from EU rules is still only just under way in many areas.

The papers from December 1973 show how an escalating energy crisis, caused by the Organization of Arab Petroleum Exporting Countries declaring an oil embargo, forced Heath's government to consider some extreme proposals.

One was limiting the use of electrical heating in every household to one room - although the leader of the House of Commons at the time, Jim Prior, said this would be "harsh, and in practice unenforceable".

In 1972 his government announced a budget to double the rate of economic growth, which stoked inflation. Today's leadership frontrunner, Foreign Secretary Liz Truss, 47, has been accused by rival candidate Rishi Sunak, 42, of making a similar mistake with her vow to slash taxes

By early 1974, coal miner stoppages forced a three-day working week across the economy.

The cabinet papers show Heath flirted with removing state benefits from the families of striking men - a "powerful weapon" but one that was dismissed as "extremely dubious".

In the event, Heath announced swingeing cuts to public sector investment, but his government did not last long enough to see through its plans.

Heath - like Johnson today - had aspirations to shift Britain's economy into a higher gear.

In 1972 his government announced a budget to double the rate of economic growth, which stoked inflation. Today's leadership frontrunner, Foreign Secretary Liz Truss, 47, has been accused by rival candidate Rishi Sunak, 42, of making a similar mistake with her vow to slash taxes.

"Potentially the Liz Truss approach to growth can also ... unleash inflationary forces," Kellner said. Truss says the plans will not fuel inflation, and that cutting taxes is better than raising them and handing the money back as benefits.

While Truss has promised a bright future and dismissed economic warnings as "declinist talk", the Bank of England this month warned of a long recession.

Sunak has called for tax cuts only once inflation has been brought under control and promised to spend more to fulfill a "moral responsibility" to help struggling citizens.

In the end, Heath paid the price for his handling of the economy and worker relations.

After announcing a snap election for February 1974, Heath narrowly lost to the opposition Labor Party. Truss or Sunak are expected to face voters in 2024, with polls showing the Conservatives trailing Labor.

British consumer price inflation jumped to 10.1 percent in July, its highest since February 1982, up from an annual rate of 9.4 percent in June, intensifying the squeeze on households, official figures showed on Wednesday.

The increase was above all economists' forecasts in a Reuters poll for inflation to rise to 9.8 percent in July, and will do nothing to ease the Bank of England's concerns that price pressures may become entrenched.

Wednesday's figures from the Office for National Statistics showed that prices rose 0.6 percent in July from June on a non-seasonally adjusted basis. The annual rate of retail price inflation hit 12.3 percent, its highest since March 1981.

Although the prices charged by factories rose by the most since August 1977, jumping by 17.1 percent, the increases in prices paid by factories cooled slightly, dropping to an annual 22.6 percent from June's record 24.1 percent

Britain is not alone in facing soaring price growth but there are signs it will continue to struggle with rising inflation for longer than other countries.

However, there were hints in the data that future inflation pressure might be starting to abate.

Although the prices charged by factories rose by the most since August 1977, jumping by 17.1 percent, the increases in prices paid by factories cooled slightly, dropping to an annual 22.6 percent from June's record 24.1 percent.

In month-on-month terms, input prices rose by only 0.1 percent, the slowest increase so far in 2022, partly caused by weaker global demand for steel as economic growth slows around the world and a fall in crude oil prices. 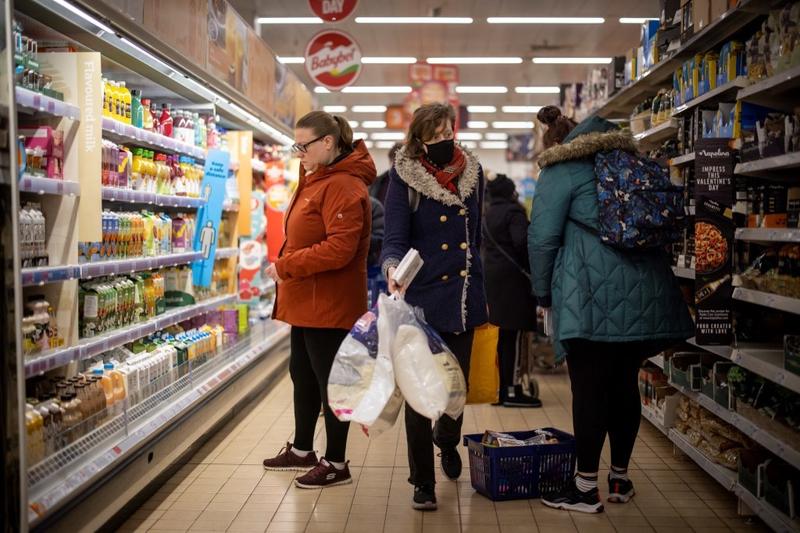 The forecasts that Britain's inflation problem will be longer-lasting than in other countries stem in part from price regulations which mean energy companies must wait before passing higher wholesale costs on to consumers.

The current typical annual household energy bill is just under 2,000 pounds (US$2,421) - almost double its level a year ago - and is likely to rise above 4,000 pounds in January, according to industry analysts Cornwall Insight.

Millions of British households will struggle with the higher bills, and supermarkets already report customers switching to cheaper brands.

Data on Tuesday showed workers' earnings adjusted for the consumer prices index fell by 4.1 percent in the three months to June, the biggest drop since records began in 2001.