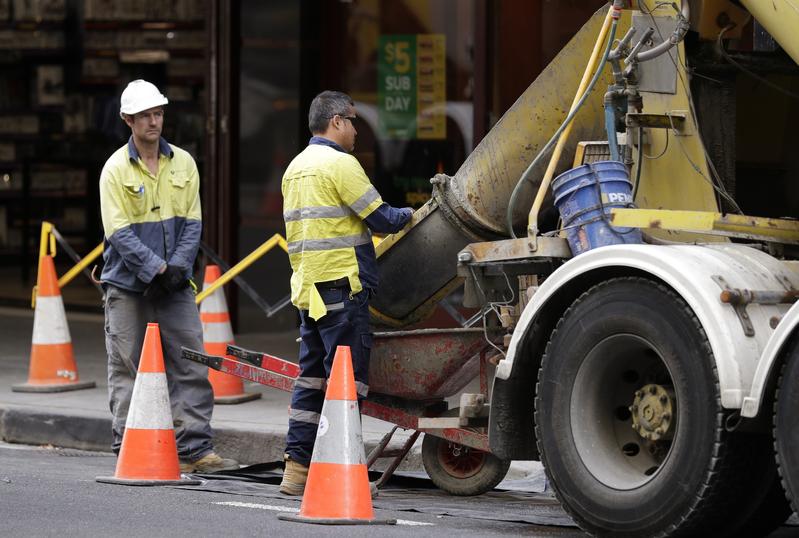 Amid widespread staff shortages and a clamor from businesses to raise the country's immigration intake, Albanese on Thursday announced a A$1.1 billion (US$752 million) package to create 180,000 more fee-free places for students looking to gain technical skills.

At the two-day meeting, the recently-elected center-left Labor government will look at ways to bring down soaring inflation and stem the fall in real wages, with Albanese saying "compromises will need to be negotiated, sacrifices will need to be made."

At the two-day meeting, the recently elected centre-left Labor government will look at ways to bring down soaring inflation and stem the fall in real wages, with Albanese saying "compromises will need to be negotiated, sacrifices will need to be made."

Even as Australian business groups and unions assembled at the national capital for the summit, Sydney, the country's biggest city, is facing a protracted strike by train employees and protests by nurses seeking higher wages.

Treasurer Jim Chalmers said the summit was being held at a "critical juncture" for the economy.

"This summit is just one step - a major step, yes, but one step. Our expectations are tempered and realistic," Chalmers said.

The government will release the outcomes of the summit on Friday that will outline the immediate actions it would pursue.

Despite Australia's unemployment sitting at a near 50-year-low of 3.4 percent, the central bank sees inflation heading to three-decade highs requiring further hikes in interest rates that would sharply slow growth. Wages are also rising but not as fast as inflation.

Australian Council of Trade Unions Secretary Sally McManus said pay rises needed to keep up with the cost of living.

She said employees will face real wage cuts for "years to come" even as many businesses report higher profit.

A blowout in visa processing times has left about a million prospective workers stuck in limbo, worsening Australia's staff shortages.

Jo Masters, chief economist at Barrenjoey Capital, said immigration would be a key topic during the summit as Australia competes with other developed economies for skilled migrants.

"I expect it's the one we are going to get some actionable outcome on," Masters said.

Businesses have been urging the government to raise the cap on annual immigration from 160,000. Chalmers said "that will be an important part of the conversation" during the summit.

"There's an appetite to lift that in a responsible way," he said. "But (that) should never be a substitute for training Australians for opportunities here as well."