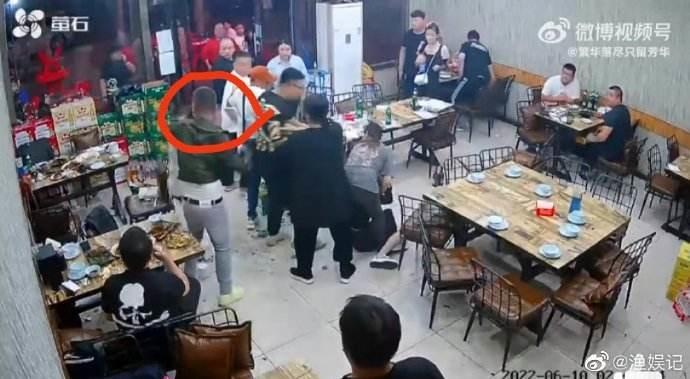 A public prosecution has been initiated against 28 defendants, including seven people who allegedly assaulted four women at a barbecue restaurant on June 10 in Tangshan, Hebei province, according to the People's Procuratorate of Hebei on Monday.

Led by a key defendant, surnamed Chen, the suspected criminal gang had reportedly committed 11 crimes and four administrative illegal actions in Tangshan and other places, such as illegal detention, affray, intentional injury, operating casinos and robbery since 2012, the statement said.

We will thoroughly investigate and solve the problems, and continue to improve the capability and credibility of law enforcement ...

They were prosecuted on Aug 26 by the People's Procuratorate of Guangyang district in Langfang city, Hebei, according to a report by China Media Group.

Eight of the defendants were identified as organized forces whose crimes had disrupted social and economic order, Li Chunlei, deputy chief procurator of the procuratorate, said in the report, adding though that the forces were loosely organized.

"Chen and his companions had arbitrarily beaten, insulted and intimidated the victims in public places," Li said.

"Their deeds had serious consequences and had constituted the crime of picking quarrels and provoking trouble."

At around 2 am on June 10, four females were dining at the restaurant in the city's Lubei district. During the meal, one of them, surnamed Wang, was reportedly harassed by Chen and was allegedly beaten by him and others after she refused his advances and rebuked him.

Her companions were also then beaten after trying to help her.

Chen and his companions were also dining at the restaurant, and were conspiring to commit gambling offenses, the report said.

The four victims suffered mild or minor injuries from the beating. Two were later treated at a local hospital and were discharged on July 1.The other two were not hospitalized.

According to Shi Guizhong, deputy head of the Department of Public Security of Hebei, the case was transferred at the very beginning to public security organs in the province's Langfang city, to avoid possible interference from local authorities in Tangshan and ensure strict and standardized law enforcement.

A special group was then formed for the investigation of the case.

The group has collected more than 3,000 pieces of evidence in the past two months, which helped dig out all the facts of illegal acts and crimes committed by Chen and others, the report said.

The group's investigation has found that using violence to threaten and harm others was the habitual criminal means of Chen's gang.

Among their crimes charged by the procuratorate, there were three crimes of illegal detention.

A typical case was committed by Chen's gang in December 2015, when they assaulted a man and then illegally detained him due to a dispute concerning leased vehicles, according to the report.

The group also found some key evidence proving crimes of affray－such as three vehicles that had been damaged at a parking lot in Lubei district.

While the cases were investigated, authorities in Hebei were also busy probing into government officials who had protected the defendants.

Among them, eight civil servants, including Ma Aijun, head of the Lubei district branch of the Tangshan public security bureau, and some officers at police stations in Tangshan, have had restrictions placed upon them while they are under investigation.

Preliminary investigations showed the eight had been allegedly involved in violations of disciplines and laws, and were suspected to have abused their power, bent the law for personal gain, and offered and accepted bribes, the statement said.

The case in Tangshan has exposed some shortfalls in local public security organs in the aspects of working practices, law enforcement and case handling abilities, as well as in the education and administration of police, Shi said.

"We will thoroughly investigate and solve the problems, and continue to improve the capability and credibility of law enforcement, in order to effectively respond to the expectations of the public for safety, stability, fairness and justice," he said.