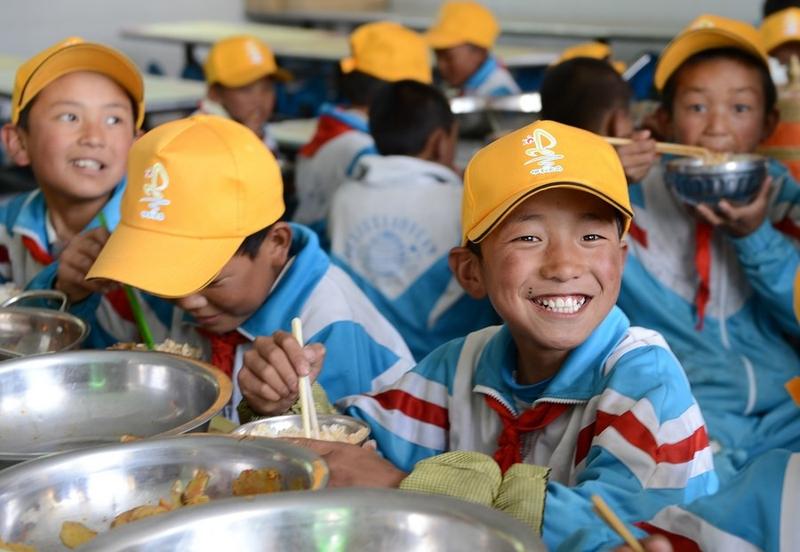 A senior official urged greater efforts to boost pairing-up assistance for the Tibet autonomous region on Thursday to further benefit its people in a move to achieve common prosperity.

Wang Yang, a member of the Standing Committee of the Political Bureau of the Communist Party of China Central Committee and head of the Tibet Work Coordination Group of the CPC Central Committee, made the remarks at a meeting on pairing-up with Tibet in Beijing.

Since its launch in 1994, pairing-up support from the central government and related provinces to Tibet has greatly boosted the region's socioeconomic development. A lot of roads in Tibet are even named after other municipalities and provinces such as Lhasa's Beijing Road and Shigatse's Shandong Road.

Noting that such support is a prime example of the benefits of socialism with Chinese characteristics, Wang tasked authorities with providing more help to solve deep-rooted problems affecting Tibet's long-term security and stability, as well as its development.

The historic achievements made in assisting Tibet since the 18th National Congress of the CPC have promoted socioeconomic development as well as ethnic unity in Tibet, and in prefectures and counties in Sichuan, Yunnan, Gansu and Qinghai provinces with Tibetan populations, he said.

Wang said that the many officials sent to assist Tibet have stayed true to the CPC's original aspirations and founding mission by working in the low-oxygen environment.

It is important to give greater priority to boosting exchange and communication among different ethnic groups in pairing-up support work in the new era, Wang said.

He urged greater efforts to send teenagers and primary-level officials from recipient areas to visit, study and inspect inland areas, and to create conditions for people from ethnic minority groups who are willing to seek employment, start businesses and live in inland areas.

Wang said that pairing-up support work must always be livelihood-oriented so that people at the primary level can directly and widely benefit in the long term.

The meeting, held via video and telephone, was attended by officials from 17 provinces and cities, State-owned enterprises and financial institutions that provide pairing-up support, as well as attendees from Tibet, Sichuan, Yunnan, Gansu and Qinghai.