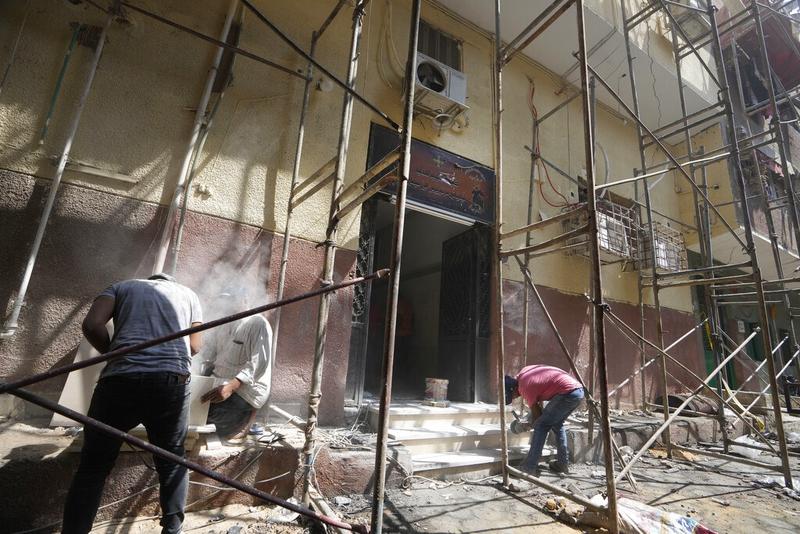 Workers restore the entrance of the Abu Sefein church a day after a fire killed over 40 people and injured at least 14 others, in the densely populated neighborhood of Imbaba, in Cairo, Egypt, Aug 15, 2022. (AMR NABIL/AP)

BEIJING - Chinese President Xi Jinping on Tuesday sent a message of condolence to Egyptian President Abdel-Fattah al-Sisi over a massive church fire in the country.

In his message, Xi said he was shocked to learn of the church fire, which caused heavy casualties.

On behalf of the Chinese government and people and in his own name, Xi expressed deep condolences for those killed in the fire and sincere sympathies to the bereaved families and the injured, and wished the injured a quick recovery.

READ MORE: Egyptian church fire kills at least 41, most of them children