US monkeypox cases on sharp rise 'due to govt setbacks' 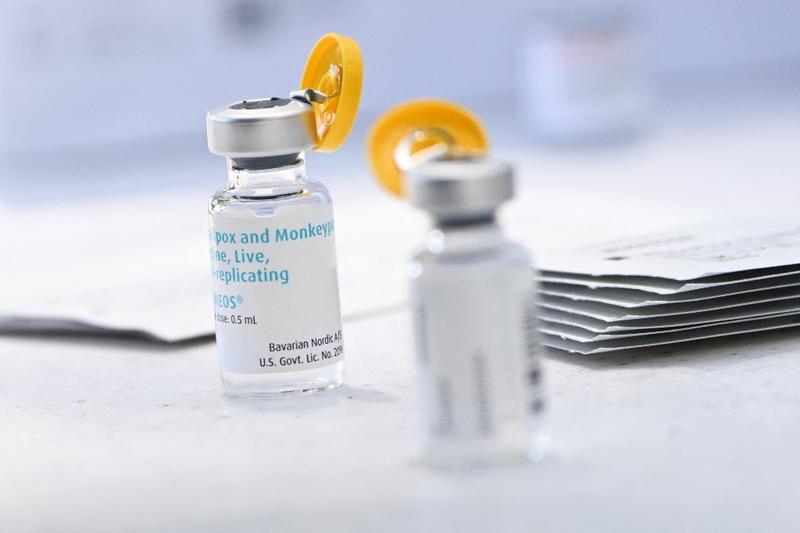 Vials of the JYNNEOS Monkeypox vaccine are prepared at a pop-up vaccination clinic in Los Angeles, California, on Aug 9, 2022. (PATRICK T. FALLON / AFP)

LOS ANGELES – Monkeypox cases in the United States have kept climbing rapidly, topping over 11,000 cases, while media and experts have been blaming the Biden administration's response to contain the outbreak.

A total of 11,177 monkeypox cases had been reported across the country as of Friday, according to the latest data from the US Centers for Disease Control and Prevention.

So far, the United States has the world's highest tally of monkeypox cases.

Since the CDC confirmed the first monkeypox case in the United States in a Massachusetts man on May 18, the country has seen a continuous surge of cases, according to the trend map on the CDC website.

Epidemiologists, public health officials and doctors are warning that the US government is running out of time to stop the virus from spreading in the US population more broadly

Health experts said given the testing bottlenecks in the United States, monkeypox cases are likely being tremendously undercounted.

A series of setbacks in the Biden administration's response to addressing monkeypox allowed the disease to gain a foothold in the country, said a report of Politico.

The setbacks include clunky early testing protocols, slow vaccine distribution, a lack of federal funding to help state and local governments respond to the outbreak, and patchy communication with communities most affected by the virus, said the report.

"It may be too late to stop monkeypox from circulating in the US permanently," said the report.

Epidemiologists, public health officials and doctors are warning that the US government is running out of time to stop the virus from spreading in the US population more broadly.

Monkeypox is yet another global health crisis fueled by US governmental neglect, said an op-ed on the website of American media Truthout.

If the US government had acted with a sense of urgency right away, and distributed the vaccine immediately to those most at risk, then it is possible that monkeypox would not have become such a crisis, said the report.

Three months into the monkeypox outbreak in the United States, the federal government finally declared monkeypox a health emergency on Aug 4.

ALSO READ: Explainer: Why monkeypox cases are spreading in Europe, US

"But the decision may have come too late," said a report of VOX, an American news and opinion website.

Accurate data is critical for public health, and the United States does not have it, said the report.

"With monkeypox already a global public health emergency, it's vital for the data to be available, promptly and accurately, to coordinate an effective public health response," said the report.