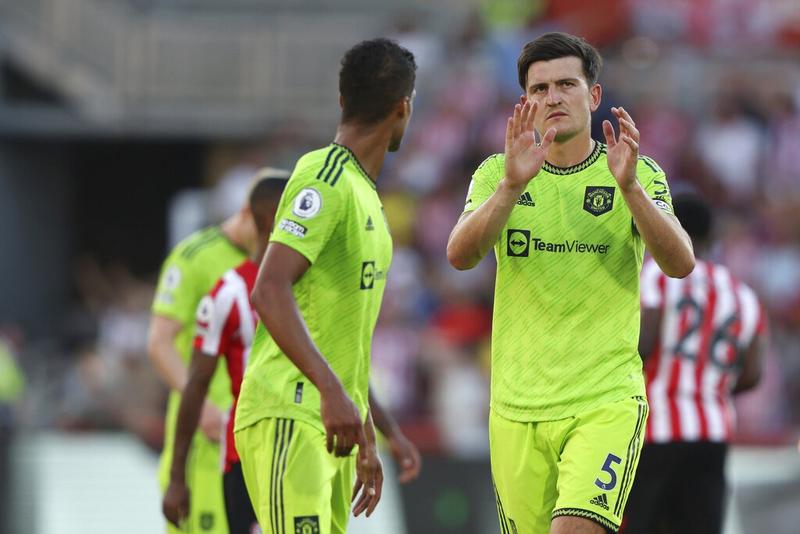 LONDON, England－Erik ten Hag expressed his surprise at seeing Manchester United capitulate to a 4-0 defeat at Brentford that leaves the Red Devils bottom of the Premier League for the first time in 30 years.

But after just two games in charge, the Dutchman is getting a crash course in United's new reality.

The 20-time English champion has now lost seven consecutive away league games for the first time since 1936.

That run included similar thrashings at Manchester City, Liverpool and Brighton. Indeed, United has conceded four or more goals seven times in the Premier League since the start of last season.

Any hope of a new dawn under the former Ajax boss has been blown apart by the same failings on and off the pitch that have persisted during a decade of decline at Old Trafford.

Ten Hag's predecessor, Ralf Rangnick, signed off from his miserable caretaker spell last season by stating the United squad needed "open-heart surgery" and up to 10 new players after laboring to a sixth-place finish in the Premier League.

Two games into the new season, only three new faces have arrived in the form of Lisandro Martinez, Tyrell Malacia and Christian Eriksen.

The United squad is arguably even weaker than last season with Paul Pogba, Edinson Cavani, Jesse Lingard, Nemanja Matic and Juan Mata having left for free, while goalkeeper Dean Henderson has joined Nottingham Forest on loan.

"You have to take responsibility on the pitch as a team and as individuals, that's what we didn't do," Ten Hag told Sky Sports.

"What I asked them to do is play with belief and take responsibility for the performance. We have to work on that."

He added: "The manager is responsible as well. He has the main responsibility and I'll take that and work on that."

In a separate interview with the BBC, the United manager said his team had to be "ready for the battle".

United was last crowned champion of England in the 2012-13 season in manager Alex Ferguson's final campaign before retirement. 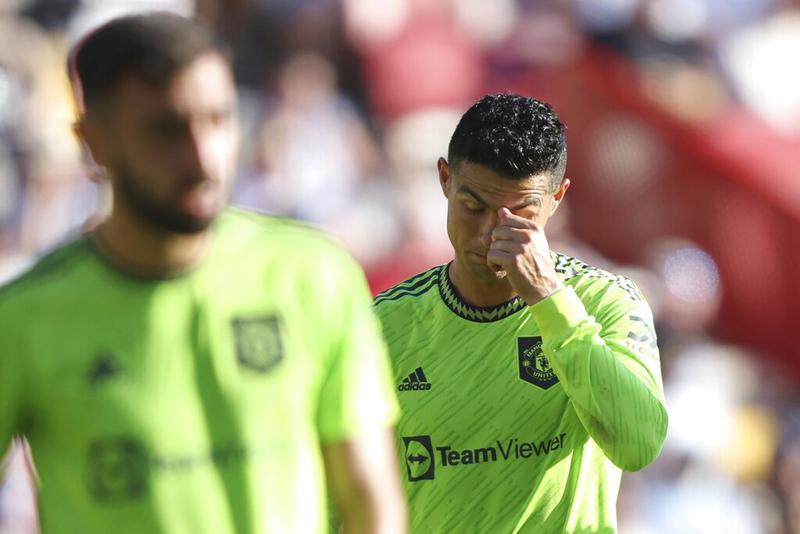 But while Ten Hag was keen to bolster his squad, he was adamant the team he sent out at Brentford was far better than this result indicated.

"It is clear we need players but I don't want to think about that in this moment," he said.

"The good players we had should have been better. I hoped for a better start, but still I have to believe because I have seen good things but the two games from now are disappointing."

Former United and England fullback Gary Neville, now a Sky Sports pundit, attributed most of the blame to United's apparent lack of strategy in the transfer market.

"Manchester United have known for eight to 10 months they needed to rebuild the squad for the summer," said Neville.

"Ralf Rangnick said it was open-heart surgery. To not get the players in early, the quality of the players, the number of players that Erik ten Hag needed to be able to start the season, is baffling and difficult to forgive."

United's transfer window has instead been dominated by two moves that have not happened.

Despite Barcelona's desperation to sell, Frenkie de Jong has so far resisted the chance to reunite with his former Ajax boss.

Cristiano Ronaldo, meanwhile, is keen to cut short his second spell at Old Trafford but cannot find a Champions League contender willing to pay up for the five-time Ballon d'Or winner.

The club's owners, the American Glazer family, are again at the forefront of the fans' fury.

Protests ahead of the 2-1 home defeat to Brighton forced the club shop to be closed before kickoff.

More demonstrations are planned for United's next match at home to Liverpool, a fixture that was postponed in May 2021 when supporters stormed the Old Trafford pitch in protest at plans for a European Super League.

"The time has come for the Glazer family to sell the football club," said Neville. "The people above him should have known that was an unacceptable situation to hand Erik ten Hag that squad."

The lack of a coordinated transfer strategy was exposed last week as United reportedly pulled out of a move for 33-year-old Bologna forward Marko Arnautovic due to a fan backlash.

Interest in another target, Juventus' Adrien Rabiot, was heavily criticized by former United midfielder Lou Macari on the club's own in-house television channel.

All the while Ten Hag is left to turn around a sinking ship with the squad he largely inherited.

"You can have a plan, but we put the plan in the bin," Ten Hag said of the Brentford embarrassment.

"It's nothing to do with tactics－the first two goals. It's about dealing with the ball.... they followed my instructions but they made bad decisions."

United has become synonymous with bad decisions in the nine years since Ferguson retired. Ten Hag is the sixth manager to take the Old Trafford job since then. But unless there is a fundamental restructure of the club, United seems doomed to repeating the same mistakes and hitting new lows.