New group of classical musicians debut in Beijing as they prepare to launch a program of concerts, Chen Nan reports. 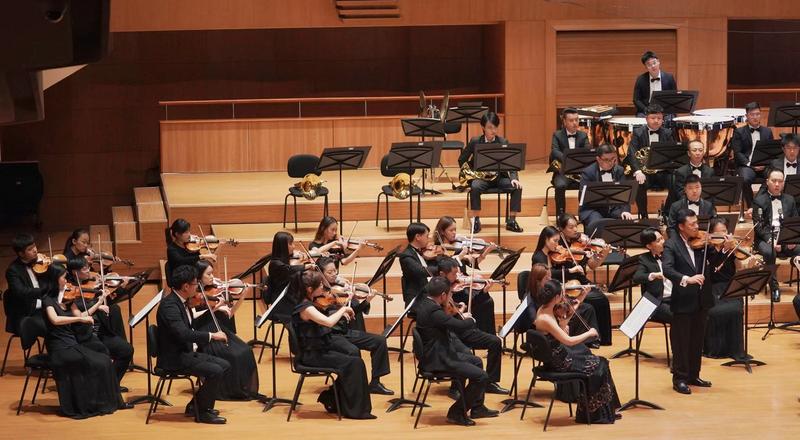 The Beijing Union Symphony Orchestra, the first private symphony orchestra in the capital, gives its debut concert at the Beijing Concert Hall on Aug 5. (PHOTO PROVIDED TO CHINA DAILY)

After months of COVID-19 concert cancellations, symphony orchestras are ready to again follow the conductor's baton this summer.

On Friday night, an audience packed the Beijing Concert Hall, one of the most popular venues for classical music fans. They were about to witness the birth of a new symphony orchestra－the Beijing Union Symphony Orchestra, the first private symphony orchestra in the capital.

This was the first concert of the orchestra that performed under the guidance of conductor Fan Tao.

One of their pieces was Symphony No 9 in E minor, From the New World, composed by Antonin Dvorak in 1893. It might be one of the best-known classical music pieces among Chinese audiences.

"It's exciting, isn't it?" says Fan, who is the music director of the new orchestra. "Dvorak wrote that music piece about a year after he moved to the United States. His new life in the US yielded the piece that became widely regarded as his signature work. We decided to perform it during the first concert of the Beijing Union Symphony Orchestra, hoping to deliver the same message. From now on, we will embark on a new journey together, with the audience and our musicians."

Violinist Chai Liang joined in the concert, performing Beethoven's Violin Concerto in D major with the orchestra. The orchestra also played the overture of the German opera, Oberon, by German composer Carl Maria von Weber, before a big cake was presented onstage to celebrate the arrival of the orchestra. 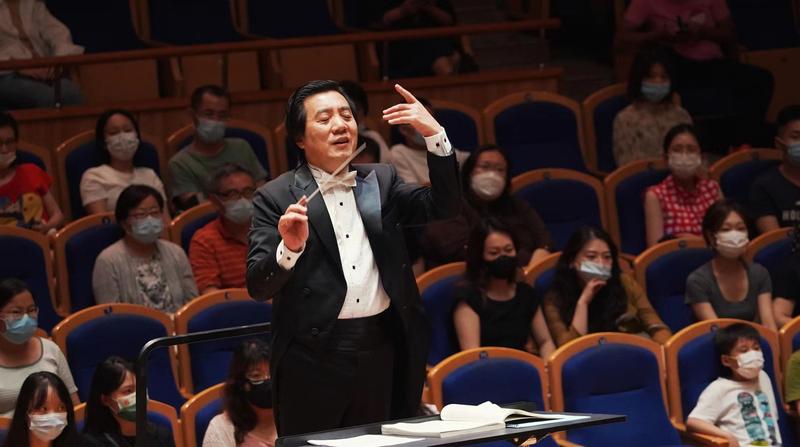 According to Fan, the Beijing Union Symphony Orchestra will give more than 10 concerts in the following two months. This program includes a concert featuring music by Ludwig van Beethoven, which will be held on Sept 30 at the Beijing Concert Hall, and a concert of work by Peter Ilyich Tchaikovsky, which will be held on Oct 3 at the National Library Concert Hall in Beijing.

"People are curious about us because it's challenging for symphony orchestras to survive amid the pandemic, let alone launching," says Fan. "We are fully prepared. The first concert sold out fast, which also gave us lots of confidence."

He adds that during the summer vacation, many parents take their children to concerts.

His confidence came from his partner, Beijing-based company, Music Fans, which has held more than 4,000 performances across the country during the past 18 years. The company both owns and runs the new symphony orchestra.

In early 2020, in the wake of the pandemic, the company faced the same problem as many companies in the performing arts industry.

"It was a tough time," says Song Jianping, founder and owner of Music Fans, who is also the president of Beijing Union Symphony Orchestra. "We had no shows at all. However, we also saw unexpected opportunities."

In early 2020, the company was about to launch a new venue for live performances, in Sanlitun, one of the most popular hubs of food, drink and shopping in the capital. The plan was postponed due to the pandemic. 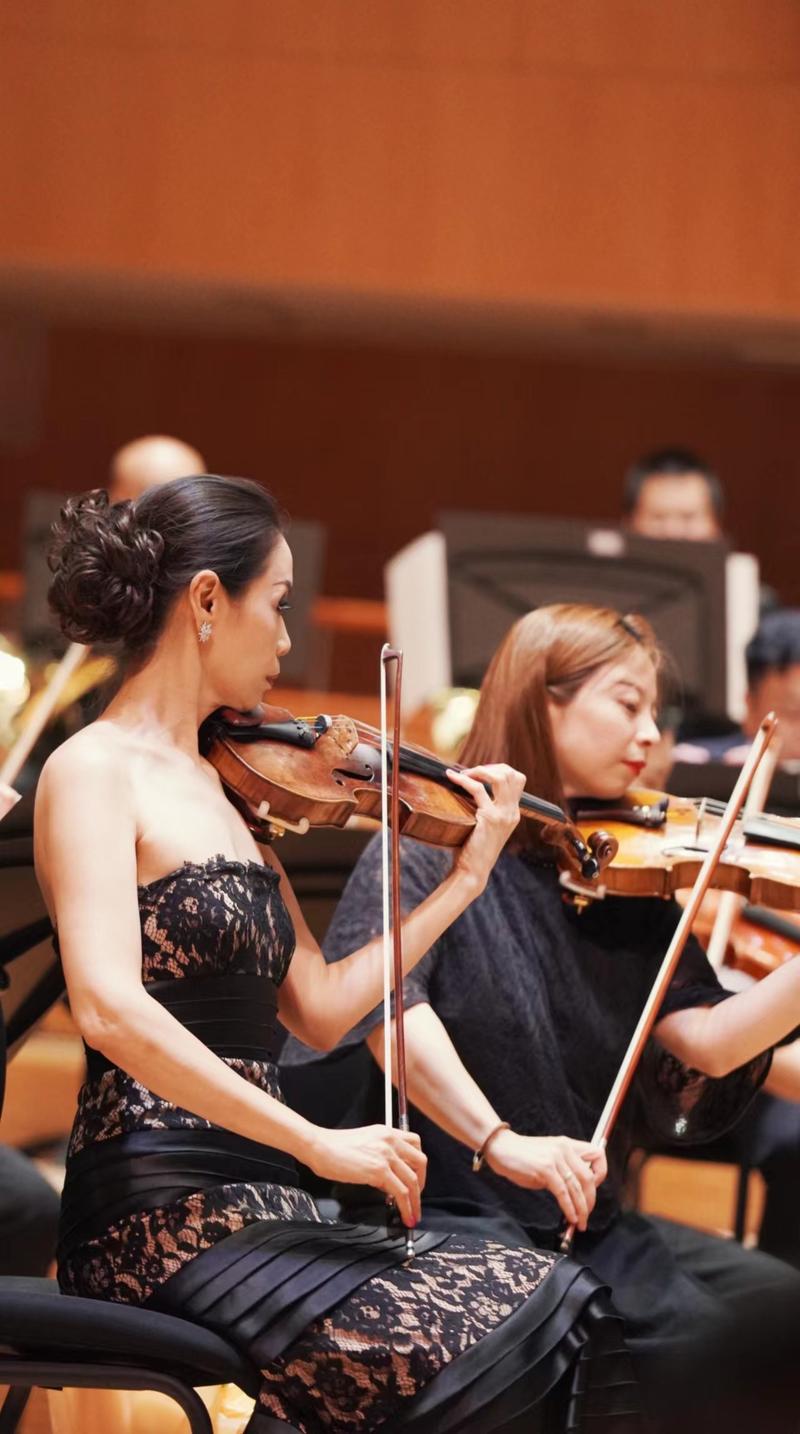 As the pandemic went on, many business owners terminated their rent contracts because of reduced footfall. However, Song decided to rent the venue and expand its space to 4,000 square meters.

"The rent was much lower than it was before the pandemic. We decided to give it a try," says Song. "Despite the circumstances, we are optimistic about the return of live performances, especially classical music, which appeals to people of different ages."

In September 2020, when the pandemic was more or less under control and performing arts organizations and venues slowly reopened, the company held its first live concert at the new venue. It was sold out.

"We know our audience. Though many performing arts organizations had virtual concerts to keep their audience engaged, orchestral music is a live experience, which requires all the participants, performers and listeners alike, to be in the same room together," Song says.

Soon, he discussed the idea of launching a new symphony orchestra with his old friend, Fan. They agreed immediately to put their ideas about the Beijing Union Symphony Orchestra into action.

Auditions took place early this year and so far, the orchestra has more than 20 musicians, including its first principal violinist Yang Min, a professor at the China Conservatory of Music, who has worked abroad with symphony orchestras, such as the London Symphony Orchestra, the BBC Philharmonic Orchestra and the Royal Liverpool Philharmonic Orchestra.

"Many of the musicians in the orchestra are young. Though they may not have lots of experience of working in a symphony orchestra, they learn fast and work hard together," says Yang, who was born into a musical family in Beijing, started to play the violin at the age of 5 and graduated from the Royal Northern College of Music in Manchester.

Fan says that the goal is to build the Beijing Union Symphony Orchestra into a full-sized orchestra and the recruitment is open to musicians from around the world.