Hong Kong’s artisanal coffee shop scene went through a sea change over the last decade. Faye Bradley gets a taste.

Founded in 2020, Between is a specialty coffee space doubling as a platform to showcase local culture. (PHOTO PROVIDED TO CHINA DAILY)

The Coffee Academics (TCA) chain’s 18 branches across Hong Kong are highly popular, and with good reason. A pioneer of third-wave coffee culture in the city  since it launched a decade ago, the brand prioritizes chic comfort, good service and, most of all, quality products. As a purveyor of “specialty coffee”, TCA sources only the top 5 percent of high-grade Arabica beans, from more than 50 independent farms around the world. Roasting is done locally, on demand, to ensure freshness. Such concerns sum up what coffee’s third wave is all about: the rise of the connoisseur who knows all about the origins and taste profile of coffee beans.

Today, third-wave coffee culture is well established in Hong Kong — a city where the idea of acquiring an informed taste for coffee had not caught on until quite recently.

Clean coffeeshop stands out for its emphasis on sustainability as well as its on-site laundromat. (PHOTO PROVIDED TO CHINA DAILY)

Although local trailblazer Olympia Graeco Egyptian Coffee began selling beans to the cognoscenti way back in 1927, the average Hong Kong person got used to the idea of coffee as a beverage only in the 1950s — the decade instant coffee was added to the menus of the city’s dai pai dongs and cha chaan tengs. In those days, coffee was served mixed with the obligatory white sugar and evaporated milk. It was merely something to round off your meal. Unlike expensive, imported canned goods, it was an affordable Western luxury. Yuenyeung — a drink combining instant coffee and Hong Kong-style milk tea — is a casual-dining staple from this period.

Pacific Coffee Co (PCC) — a homegrown brand founded in 1992 by an American entrepreneur — led the second wave of coffee culture in Hong Kong. A firm move away from instant coffee, the second wave put espresso-based drinks front and center, and heralded the emergence of specialty drinks. Think Starbucks’ variously flavored syrups and the signature Frappuccino (PCC has its own version, the Chillino). PCC began life as an espresso bar in Bank of America Tower and today operates over 100 stores across Hong Kong. Starbucks arrived in the year 2000 to give PCC a run for its money. Today, the green-apron guys run over 160 outlets across the city.

A sustainability advocate, Clean champions the use of plant-based milk in its products. (PHOTO PROVIDED TO CHINA DAILY)

It was in the tenties that specialty coffeehouses like TCA and NOC Coffee Co. debuted with a new set of priorities. Enjoying a cuppa was now a part of a bigger experience. Where the second wave offered us every type of vegan milk and syrup flavor, the third wave educated us about not adulterating the taste of fine coffee in the first place.

The third wave is also about innovation and imagination. For example, the lifestyle coffee shop brand, The Porter, snap freezes its beans with liquid nitrogen as a way to lock in freshness, while Halfway Coffee serves its brews in vintage porcelain cups.

“The expectation is no longer to just come in, get a hot beverage and leave,” says Hasting Ng, operations manager of Winstons Coffee which has outlets in Sai Ying Pun and Kennedy Town. “It isn’t just about the beans you roast (either) — it’s about the people serving them. They remember your order, recommend something new, and generally care about how your day is going,” he adds. 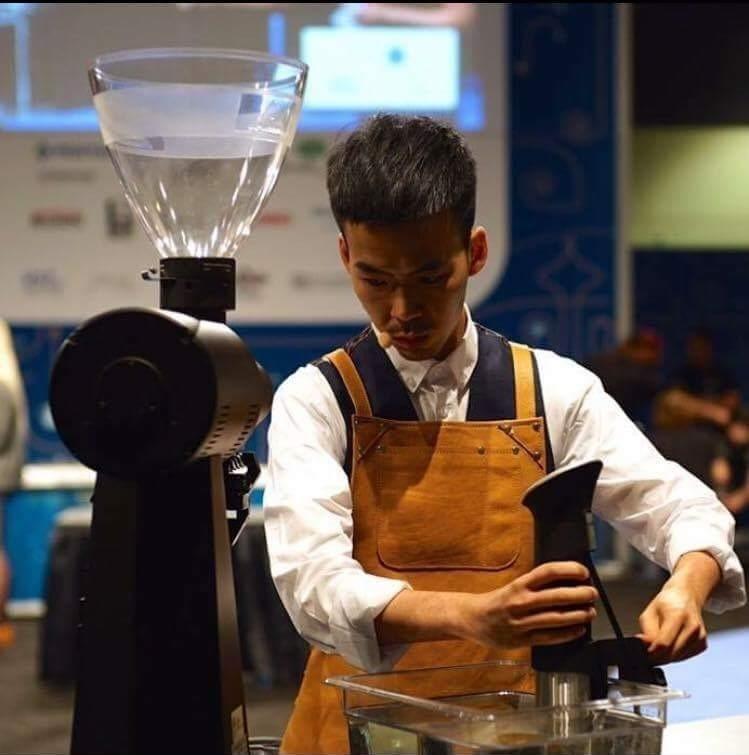 While the point of the third wave was to offer unique experiences, after a slew of artisanal coffee shops opened across Hong Kong over the past decade, some third-wave coffeehouses have begun to appear more generic than exclusive. Some of these all-white, “photogenic” venues seem keener to attract the Instagram-hunters than to serve a decent cup of coffee.

At the other end of the spectrum, PMQ’s annual Coffee Agenda provides a platform for local baristas to display their creativity and craftsmanship. Last year’s festival included talks and workshops on the arts of coffee making, tasting and even food pairing. 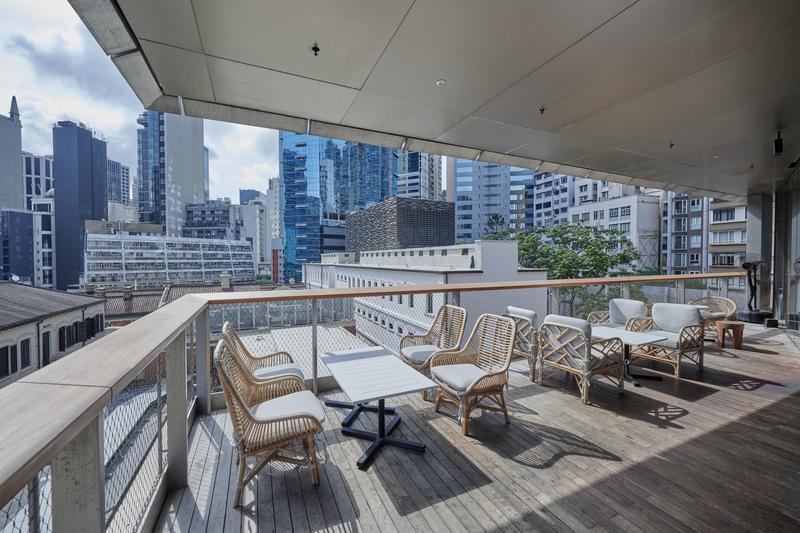 If you’re looking for someone with the credentials to open a third-wave coffeehouse worth its beans, how about a two-time Hong Kong Barista Champion who also placed fourth in the World Barista Championship? With these accolades under his belt, Dawn Chan opened Amber Coffee Brewery in Sheung Wan in 2017. He says Hong Kong customers have an adventurous palate — an attribute the local coffeehouses offering more single-origin varieties are banking on.

“The market is evolving fast, with many locals very much into specialty coffee,” agrees Scottie Callaghan, co-founder and managing director of Fineprint. “I wouldn’t say there is stagnation,” he adds, “but unfortunately, the number of cafes opening can only mean that some will survive and some won’t.”

Jared Lawler moved to Hong Kong from Melbourne, where he co-founded the cafe-and-beverage brand Bench Projects. The Porter is his latest venture, combining the pleasure of drinking coffee with luxury-hotel-level concierge service. 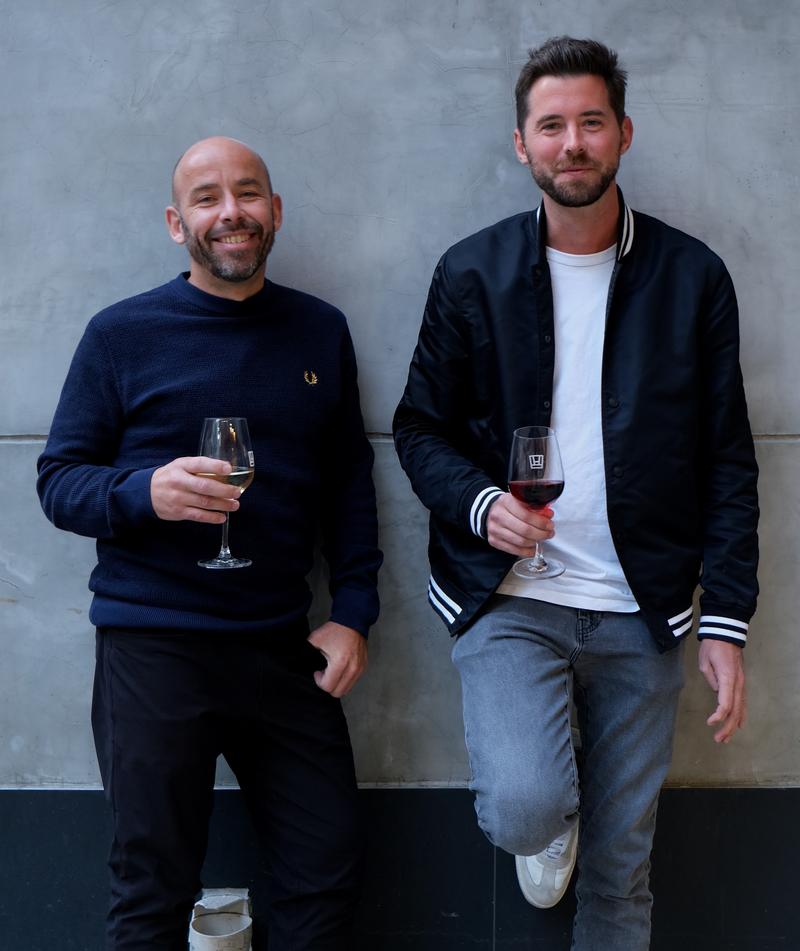 Launched in the fall of 2021 with an original business model, Clean stands out for its emphasis on sustainability as well as its on-site laundromat. “The concept of sustainability is often overlooked (when it comes to coffee) as it’s a plant-based product, but there’s significant room for development in the way it’s grown, traded and produced,” notes co-founder Cynthia Lok. The company’s beans are sourced responsibly, being either Rainforest Alliance Certified or Direct Trade.

The third wave embraced the diversity of taste profiles. “Previously the focus was on the perfect cup of espresso-based drink,” says Lok. “Now it’s about appreciating the many different brewing techniques, unique flavors from smaller and emerging regions, and finding your own personal preference.”

When it comes to innovative espresso machines, grinders and other brewing equipment, “these are more like concept cars of the coffee industry: interesting to play with but not commercial,” explains Callaghan. But, he says, “Innovation in single-origin coffee is popular, with coffee roasters sourcing interesting and exciting coffee from experimental farmers.” 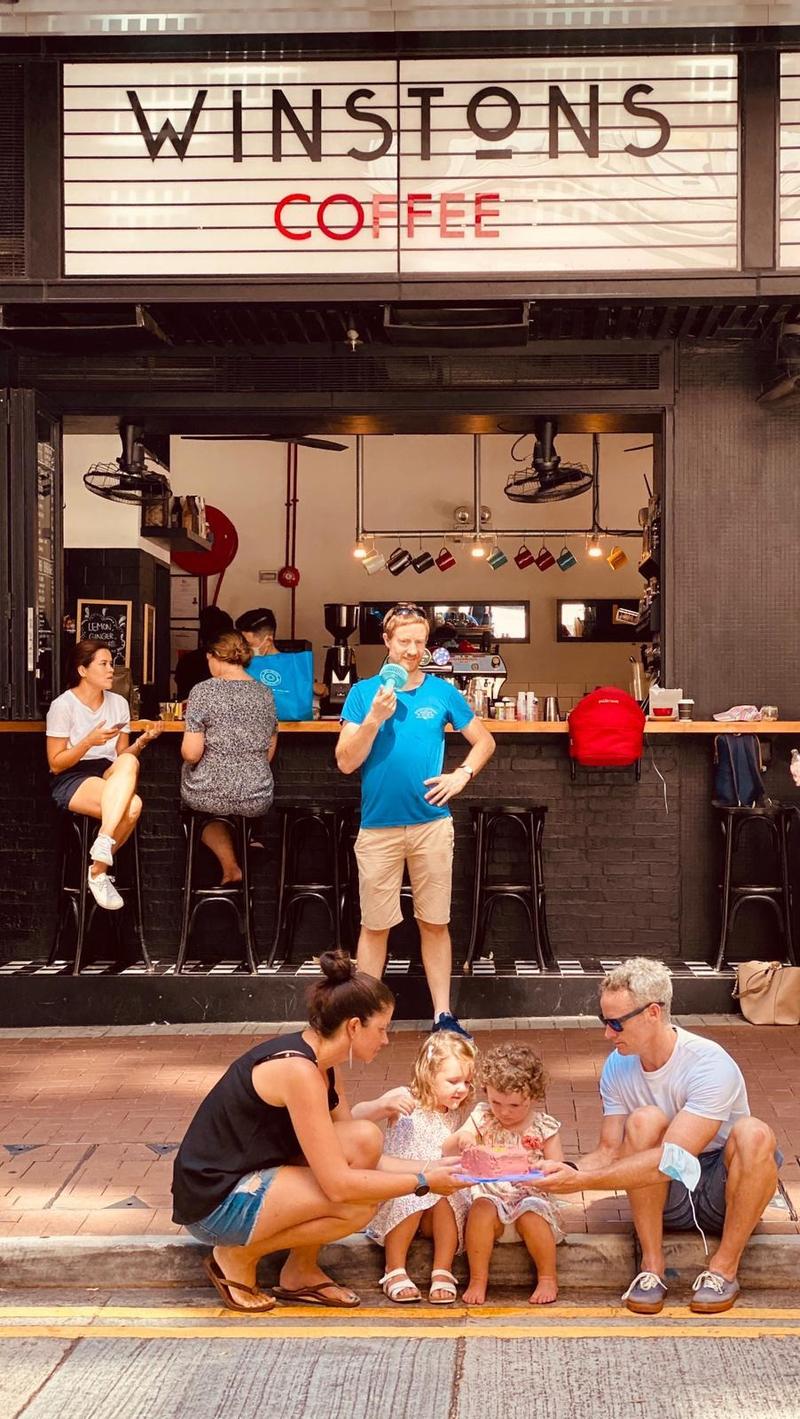 Highly personalized service is the hallmark of the Winstons Coffee outlets in Sai Ying Pun and Kennedy Town. (PHOTO PROVIDED TO CHINA DAILY)

Sustaining the interests of the adventurous customer would require constant innovation — a task not all of Hong Kong’s artisanal coffee shops are equipped to fulfill.

“I don’t think there is stagnation, but I do have a concern about oversupply,” says Lawler. “There has been a real boom in the independent cafe market, which I love — a lot of these are putting pressure on the stagnant coffee chains to evolve.” Lok concurs: “In this new wave, it’s more about experimentation, refinement and sophistication.”

And, in Hong Kong, fans of those three virtues are never in short supply.

Daniella Wu, a coffee drinker who frequents Mansons Lot Coffee House in Wan Chai, explains why she prefers independent establishments to the big chains. “The staff in indie coffeehouses tend to be more warm with customers — something I chalk up to the more empathetic, humane and sustainable business models that independent stores often adopt.” She adds that her choice of a coffee shop is mostly determined by the quality and origins of their products. 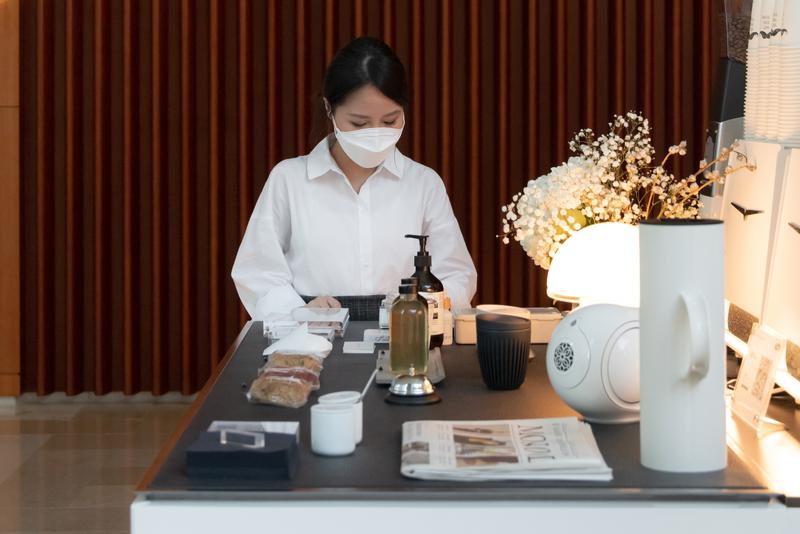 The lifestyle coffee shop brand, The Porter, snap freezes its beans using liquid nitrogen in order to lock in the freshness. (PHOTO PROVIDED TO CHINA DAILY)

A regular at Detour in Sai Ying Pun, Yoyo Ho says that although she enjoys hipster coffeehouses for the vibe, the large chains offer better workspaces. Ambience trumps aroma when it comes to the remote-working crowd.

“With any new concept, it does take time to increase awareness, but from what I’ve seen in the last few months, Hong Kong customers remain open to trying new things,” says Lok. And while there’s no doubt the pandemic will continue to affect the industry, including coffeehouses, “It will be interesting to see which concepts last,” she adds.