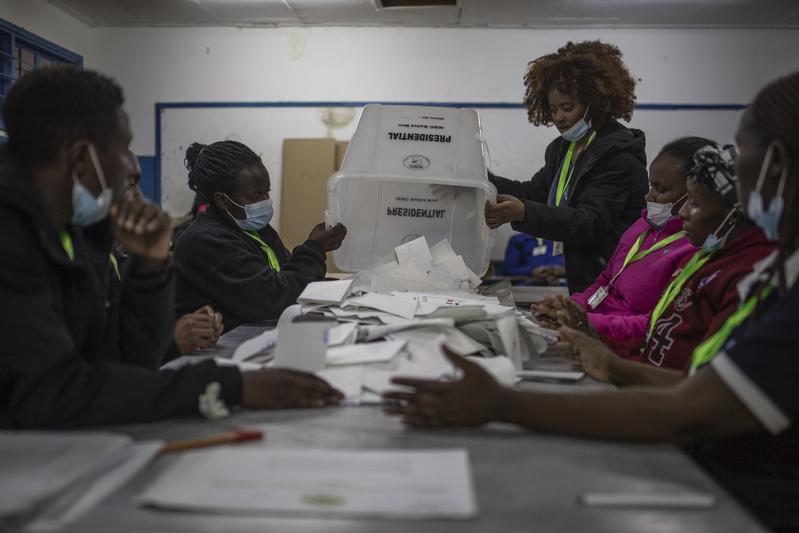 The Tuesday election is an important test for stability in East Africa's biggest economy after two of its three last elections were marred by violence following disputes over accusations of rigging.

The frontrunners, Deputy President William Ruto and veteran opposition leader Raila Odinga, were neck and neck with 1.2 million votes each, results tabulated by the private Citizen Television early on Wednesday showed, putting them at just over 49 percent each.

The winning candidate must get 50 percent plus one vote.

The election commission, the Independent Electoral and Boundaries Commission (IEBC), posted images of more than 90 percent of election result forms, from a total of 46,663 polling stations.

The frontrunners, Deputy President William Ruto and veteran opposition leader Raila Odinga, were neck and neck with 1.2 million votes each, results tabulated by the private Citizen Television early on Wednesday showed, putting them at just over 49 percent each

But for now, the commission is only posting pictures, not numbers. Only two constituency-level results are available on the commission's website.

The constituency result forms have to be physically taken to the national tallying center in the capital, Nairobi, and verified before the commission issues them as official results.

The process is partly the result of a Supreme Court ruling in 2017 that overturned the initial re-election of Kenyatta in August that year, citing the commission's failure to follow the process to the letter.

ALSO READ: Debt shadow may hang over Kenya's next president 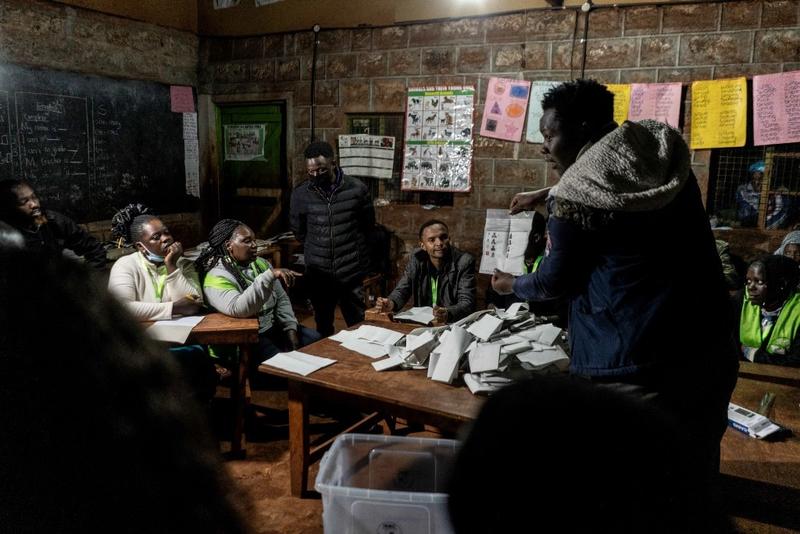 A member of the Independent Electoral and Boundaries Commission officials shows a presidential ballot paper to observers during Kenya's general election in Kiambu county on Aug 9, 2022. (FREDRIK LERNERYD / AFP)

The final result from the IEBC is expected in days, although legally, it has up to a week.

The commission said it believed that about 60 percent of the 22.1 million registered voters cast ballots. Turnout was nearly 80 percent in the last election in 2017.

Several factors were blamed for the disappointing turnout including drought in the north and voter frustration with the government's failure to tackle economic problems such as rising food and fuel prices.

Kenyatta fell out with his deputy Ruto after their re-election in 2017. He has endorsed Odinga.