Debt shadow may hang over Kenya's next president 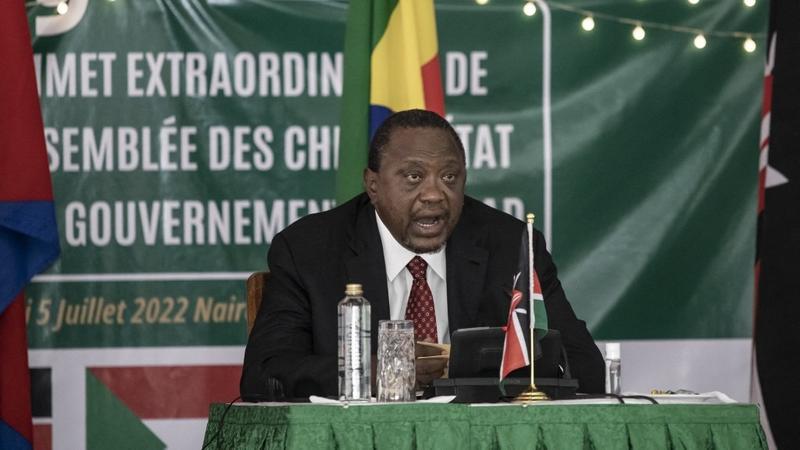 NAIROBI - Kenya's economic output has more than doubled during President Uhuru Kenyatta's 10 years in office, but a debt binge that fueled growth and investment could cramp his successor's ability to tackle growing hunger and soaring prices.

Some 22 million voters will pick a new president, lawmakers and county officials on Aug 9. The election is being overshadowed by a drought that has left 4 million people dependent on food aid while the Russia-Ukraine conflict drives up global grain and fuel prices.

"The increase in debt has been alarmingly fast," said Robert Shaw, an independent economic policy analyst based in Nairobi. 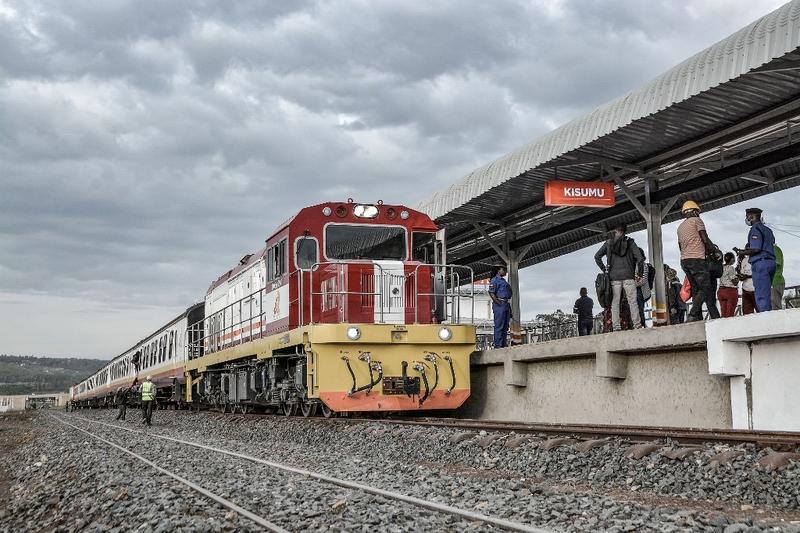 A train arrives at railway where passengers wait to board in, at the Kisumu railway station, on Dec 17, 2021. Kenya railways resumed commuter services between Nairobi and Kisumu after it being non-operational for more than 10 years. (BRIAN ONGORO / AFP)

He also said then that the number of households connected to the electricity grid had tripled to more than 8 million.

The yield on Kenya's dollar Eurobond due 2024 hit a record high of 22 percent on July 15, as rising US interest rates and the Ukraine crisis make riskier assets less attractive to investors.

ALSO READ: A look at Amboseli national park in Kenya

But Julius Muia, principal secretary in the ministry of finance, said debt is sustainable below 70 percent of GDP, adding: "The concern about debt is very misplaced."

Tabitha Karanja, an opposition United Democratic Alliance candidate for the senate, said the government's focus on infrastructure had left many vulnerable people behind.

"You can't build roads for people who are hungry," she said.

Kenyatta's preferred successor, veteran opposition leader Raila Odinga, has pledged to renegotiate terms for the debt to lengthen its maturity and free up cash to fund social interventions and development.

But surging living costs, which many Kenyans blame on corruption, are uppermost in voters' minds.

"Parents with children in school are suffering a lot. Food prices are also hurting them," said Steve Otiende, a small shop owner in Nairobi.

The government has spent 12.6 billion shillings providing food for hunger-stricken communities, but says it needs more.

"The persistent drought has left us with a resource gap of more than 15 billion shillings required for interventions," said Margaret Kobia, the minister in charge of special programs.

Like other frontier economies, Kenya's troubles have been compounded by stress in global markets, as major central banks start to reverse years of cheap money policies.

Kenya's international bonds have lost 29 percent of their value this year, with only Ghana's faring worse in Africa.

But the risk premium over US Treasuries paid by Kenya's debt is now over the 1,000 basis points traditionally seen as a marker of distress.

Investor confidence could be shaken further by the election: two of the last three presidential polls were marred by violence, with 1,200 people killed in post-election clashes in 2007.

"It is very much unclear if the economy has the resilience to manage the coming quarters without crisis," said Matthew Vogel, a London-based fund manager at FIM Partners, which specializes in frontier markets.