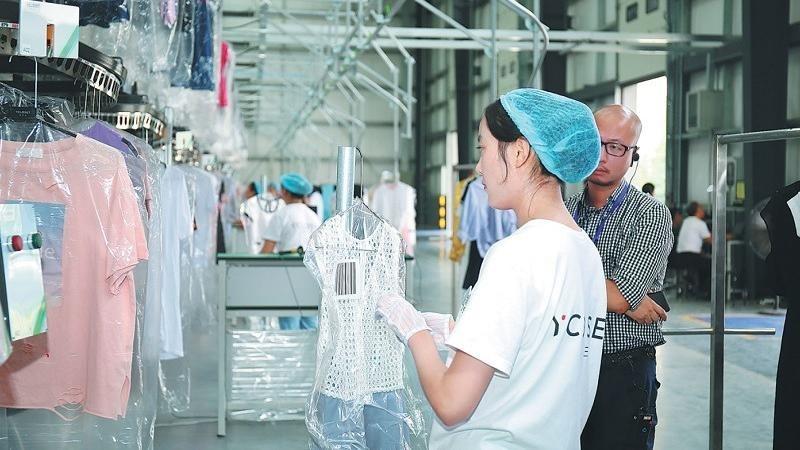 A worker checks clothes at her company's cleaning and storage center in Nantong, Jiangsu province. (PHOTO PROVIDED TO CHINA DAILY)

BEIJING – China's light industry reported higher revenue and profits in the first half of the year, official data showed.

The operating income of firms with annual revenue of over 20 million yuan (about $2.97 million) in the sector rose 7 percent year-on-year to 11.4 trillion yuan, according to the Ministry of Industry and Information Technology.

These companies raked in 693.3 billion yuan in profits in H1, up 5.2 percent from the same period of last year.

MIIT data also showed that the added value of light industrial firms above the designated size grew by 4.6 percent year on year during the period, with output rising in sectors including shoes, watches, air conditioners for rooms, and household gas water heaters.

Exports of the sector's eight major products stood at $211.74 billion in H1, representing an increase of 10 percent, according to the General Administration of Customs.