The art of making technology disappear 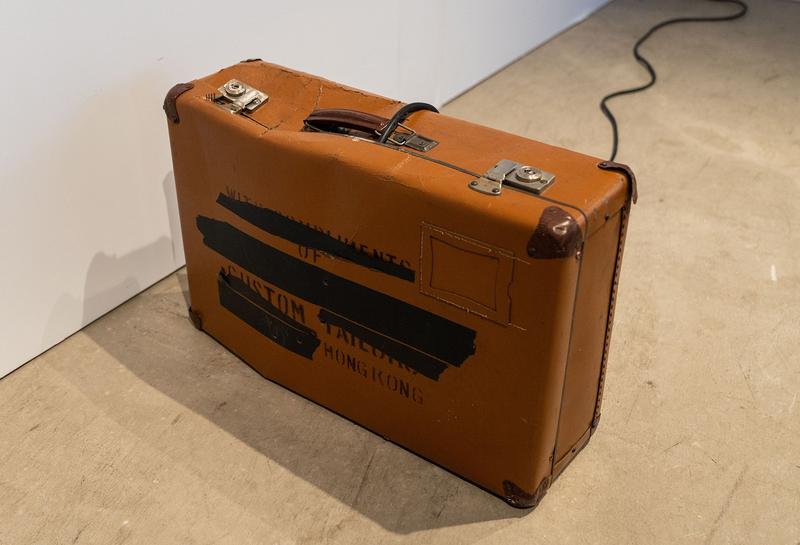 No Place for Useless Men by Tung Wing-hong. (PHOTO PROVIDED TO CHINA DAILY)

A direct, and disarming, appeal to human emotions prevails over high-tech prowess in Sensory Transcode. This could come as a surprise, given the exhibition is premised on the idea of transcoding — converting encoded data from one format to another — and is a showcase of the Hong Kong Arts Development Council-funded Arts Tech projects.

The idea is to look beyond new-media art exhibition staples such as artificial intelligence and machine learning — foregrounding the aesthetic and experiential sides of the seven installations on show while downplaying the technologies used to put them together.

Take Alain Chiu’s installation, A Bagatelle of Objects I: If I Could Talk About It in Other Ways, I Would, for instance. The piece comprises a number of found and inherited objects — books, cassette tapes and a guitar — strewn across the floor. The tiniest of sounds (including some well below the human auditory range), made by the rustle of paper or the breeze against guitar strings, are picked up by supersensitive microphones to be broadcast live. Snaking their way across the floor, several cables connecting the tiny microphones to the amplifier disappear under a mound of loose earth. When the seeds the artist has planted in the soil begin to germinate, they will add a new layer of “music” to the room’s current soundscape. 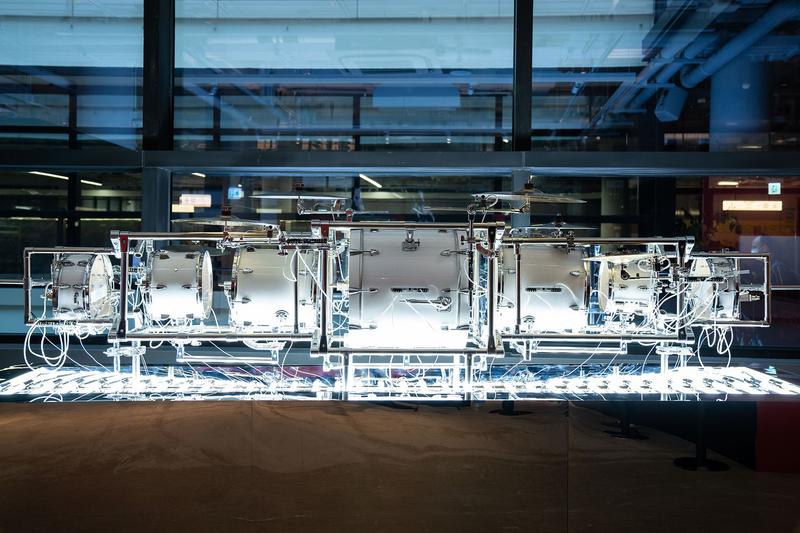 The Interpreter by Chaklam Ng and Jackie Lou. (PHOTO PROVIDED TO CHINA DAILY)

While Bagatelle hides highly sophisticated technological apparatus under the soil, the ideas informing it — that of loss, abandonment and rejuvenation — are likely to have universal resonance.

“One way of getting to know these objects is to try to listen to them,” says Chiu. “By trying to capture the sounds of decay that the human ear cannot pick up, I’m trying to connect with them auditorily and emotionally.”

The art of making technology invisible is evident elsewhere in the show. For instance, all one sees in Into the Void, created by the multimedia collaborative NATP, is a giant, black, oval disc suspended from the ceiling, rotating slowly on its axis inside a near-dark chamber. It’s a performance piece of sorts, conjuring up a meditative ambience.

Tung Wing-hong’s No Place for Useless Men is another example of technology’s capacity for breathing life into inanimate objects and stirring emotions. A battered suitcase rams against a wall repeatedly, its already torn seams widening with each strike. Tung says the idea came to him after talking to Hong Kong friends who badly wanted to travel but felt constrained by the strict quarantine regulations they would have to deal with on their return. The pantomime plays out in an enclosure while viewers watch from the outside, reinforcing a feeling of isolation.

The exhibition also highlights how the digital revolution has changed the ways in which people choose what to absorb from their surroundings — how we’re able to edit, even manipulate, multiple sensory experiences received at the same time. 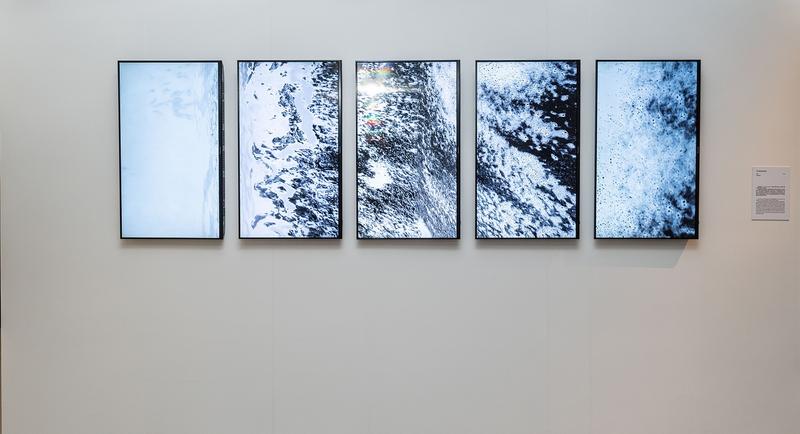 For example, Carla Chan’s five-channel video installation, The Melting Black, playfully prompts the viewer to mentally join up five fragments constituting a scene of tidal waves lapping against a shore, and ups the ante by interchanging the vertical and horizontal axes of the ocean horizon.

Other highlights from the show include Chaklam Ng and Jackie Lou’s The Interpreter, a sound installation device that transcodes random speech into music played by a mini orchestra in real time. Words spoken into a mouthpiece trigger a set of drums and cymbals to create a short music piece, giving the audience a chance to experience language in another form.