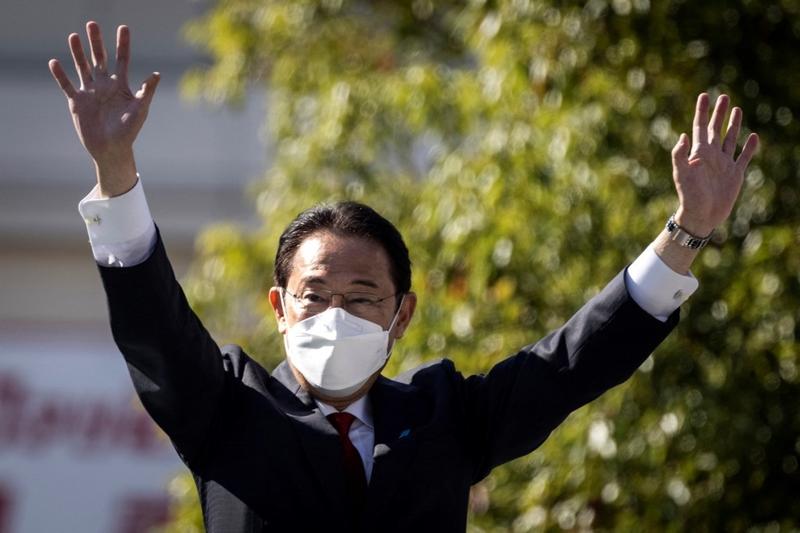 Japan's Prime Minister and leader of Liberal Democratic Party Fumio Kishida waves during an election campaign in Saitama on October 30, 2021, a day before the general elections. (BEHROUZ MEHRI / AFP)

TOKYO – As Japan faces its first major battle with inflation in decades, Prime Minister Fumio Kishida is extending a rare olive branch to labor unions, who he sees as crucial to his wider push to boost household wealth.

Wage stagnation has blighted Japan's workers for years as the country was mired in a deflationary mindset that stopped firms raising salaries, and as weakened unions shied away from demanding more pay.

As part of his "new capitalism" platform to widen wealth distribution, Kishida has urged firms to boost pay and give households spending power to tolerate higher prices.

He is also approaching unions for help in achieving what other countries would frown upon: a spiral of rising inflation triggering strong wage growth.

In January, Kishida became the first premier in almost a decade to attend a new year party held by Rengo, the main umbrella union, in a rare gesture to organised labor by the head of the pro-business Liberal Democratic Party.

At the event, he called for labor union help in achieving "a bold turnaround in the downtrend in wage levels seen in recent years" and "wage hikes befitting an era of new capitalism."

In June, he made a similarly rare visit to Toyota Motor Corp's factory in what some politicians saw as a bid to court union votes.

The attempt to close some of the distance between unions and government illustrates the depth of Japan's economic woes and has, at least for now, put Kishida on the same side as organised labor in calling for higher wages. 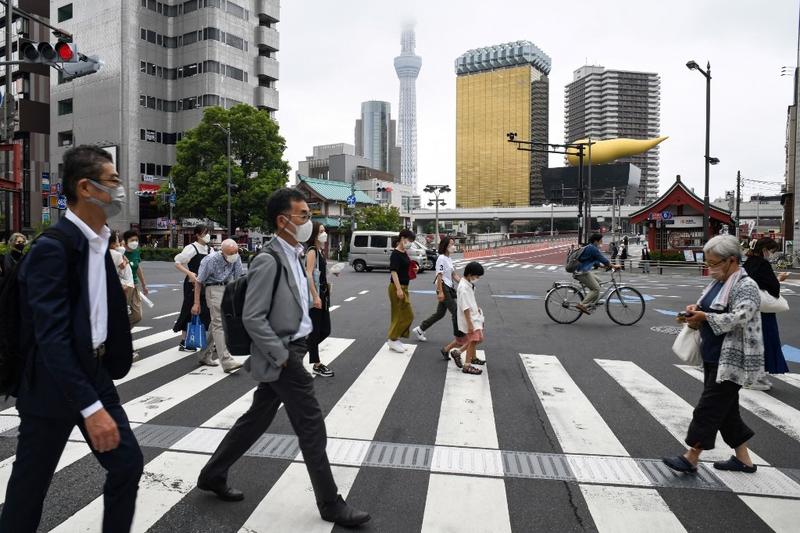 People cross the street as the Tokyo Skytree disappears into low clouds, in the Asakusa area of Tokyo on Aug 4, 2022. (RICHARD A. BROOKS / AFP)

Most unions are in-house bodies representing employees at their firms, rather than on an industry basis. As such, they tend to prioritise job security over pay.

The relationship between Kishida and labor unions contrasts with that of many other countries, where governments see current demands for wage hikes as a risk that could trigger unwelcome inflation

Now, however, conditions for higher wages appear to be falling into place in ways never seen in deflation-prone Japan.

The job market is at its tightest in decades and inflation exceeded the central bank's 2 percent target for the first time in seven years, pressuring firms to raise wages.

Shedding its image as a counter-force to a pro-business government, labor unions, too, are warming to the administration as they seek ways to put their ideas into practice beyond relying on a weak, fragmented opposition.

Tomoko Yoshino, head of Rengo, attended a ruling party meeting in April as a token gesture of support toward its policy on work-style reform.

"It's true some of Kishida's proposals mesh with ours," such as steps to narrow income disparity, said Hiroya Nakai, an executive at Japanese Association of Metal, Machinery and Manufacturing Workers - a union for small manufacturers.

"At times it's necessary to make proposals to the ruling party," he said.

The relationship between Kishida and unions contrasts with that of many other countries, where governments see current demands for wage hikes as a risk that could trigger unwelcome inflation.

It also highlights Japan's unique situation where a tight job market does not necessarily lead to broad-based wage rises.

Japan's average wages have hardly risen since the early 1990s and were the lowest among G7 advanced nations last year, according to OECD data.

There are signs of change as a rapidly ageing society intensifies labor shortages. Firms agreed with unions to raise average wages by 2.07 percent this fiscal year, up from 1.78 percent last year to mark the biggest hike since 2015, Rengo estimates show.

With inflation rising above 2 percent, unions are gearing up to demand even higher pay next year.

"We must bear in mind that inflation is accelerating and pushing real wages into negative territory," said Akira Nidaira, an executive at Rengo. "The key is whether Japan can finally eradicate the public's deflationary mindset." 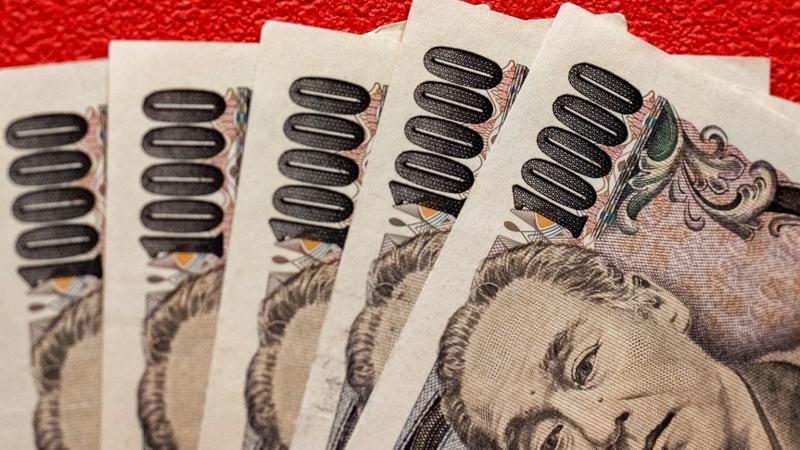 Many analysts, however, doubt unions have the teeth to demand wage hikes big enough to offset rising inflation, and see the changing nature of work undermine such efforts.

"Japan's job market is diversifying, raising questions about the relevance of labor unions," said Kotaro Tsuru, a professor at Keio University. "If they cling to their traditional focus on protecting permanent workers' jobs, their fate is sealed."

Tracking global trends, union membership has been declining longer term. It hit 16.9 percent in 2021, hovering near an all-time low and well below 30.5 percent in 1982.

"I don't think labor unions are playing their role. Wages aren't rising as much as I hoped," said a 25-year-old employee at a major Japanese manufacturer and in-house union member.

"Unions might prove useful some day but on a daily basis, they don't seem to be pro-active," said the employee, who spoke on condition of anonymity due to the sensitivity of the matter.

"Accustomed to prolonged economic stagnation, they seem to have forgotten how to demand wage hikes," he said. "That needs to change as the era of deflation and dis-inflation is over."