Editor's note: The People's Liberation Army, which celebrates the 95th anniversary of its founding on Monday, has made many sacrifices and won glorious victories while contributing to the development of China and helping maintain global peace. Yet some Western countries have raised concerns about its modernization, which it needs to safeguard China's national security and help maintain global peace. Three experts share their views on the issue with China Daily. 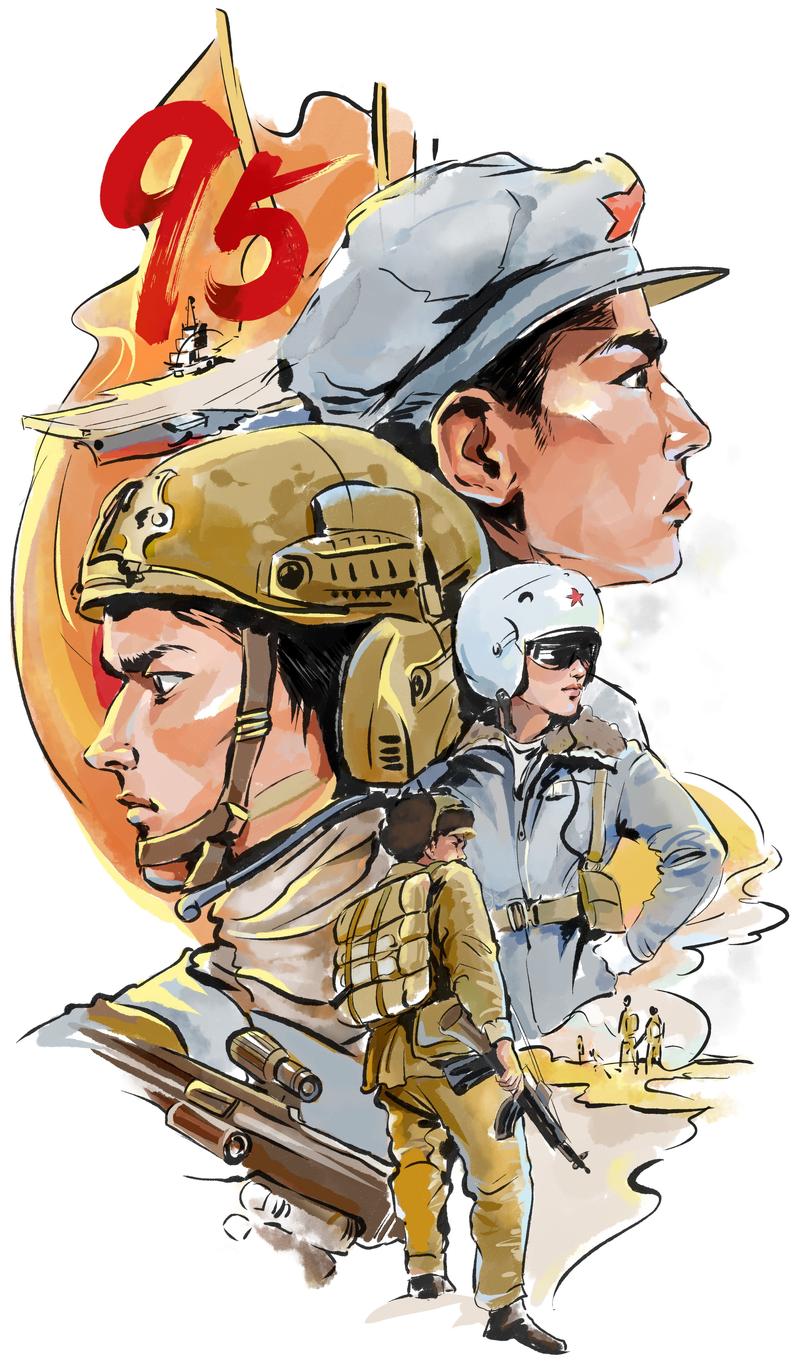 China's national defense building which includes strengthening the military has made rapid progress and entered a new era, similar to the progress made by socialism with Chinese characteristics, since the 18th National Congress of the Communist Party of China in 2012.

China's national defense building has progressed through strengthening of political loyalty, reform, and research and development in science and technology in order to bolster the armed forces. The military has developed in accordance with the law and through enhanced military training and combat readiness, as well as innovative strategy.

And the policy of strengthening the military through reforms has gathered pace under the leadership of the CPC Central Committee with Xi Jinping at its core.

The reforms in national defense and the armed forces started with the establishment of a new command system. The People's Liberation Army has dismantled the systems of general departments, military area commands and a land force-dominated military. The new leadership, management and operational command systems include the Central Military Commission exercising overall leadership, making the theater commands responsible for military operations, and ensuring the armed forces focus on developing their capabilities.

Innovative reforms, on the other hand, have helped improve and reshape the socialist military policies and institutions with Chinese characteristics. And innovation has helped the PLA to renew and strengthen the systems structure, mechanisms and features.

The PLA has been a strong force for global peace and development, and China's armed forces today stand at a new historical starting point. No matter how many doubts and worries other countries have about China's military development, the PLA, as in the past, will always cherish peace, and follow China's foreign policy goal of maintaining world peace and promoting shared development.

The PLA adheres to peaceful development, and is firmly committed to upholding the principles of the United Nations Charter, safeguarding the world order with the UN at its core, following international law, abiding by the principles of sovereign equality and non-interference in other countries' internal affairs, and opposing any foreign interference in the name of spreading "democracy", "freedom" and safeguarding "human rights".

China's armed forces have comprehensively implemented the pledges Chinese President Xi Jinping made during the UN Leaders' Summit on Peacekeeping in 2015. To help build a community with a shared future for mankind, China's armed forces have participated in and supported UN peacekeeping operations, making concrete contributions to peace and development in areas beset by conflict.

China is a major contributor to the UN peacekeeping budget and the largest contributor of peacekeepers among the five permanent UN Security Council members, and has been providing public security goods for the international community to the best of its ability.

China's military has also escorted ships to protect them against pirates, and provided international humanitarian assistance and disaster relief for other countries.

In the past 30 years, China has participated in 25 UN peacekeeping missions, contributing about 50,000 peacekeepers, and as of September 2020, altogether 16 Chinese military personnel have sacrificed their lives in UN keeping operations. In their areas of operations, China's peacekeepers have built or repaired more than 17,000 kilometers of roads, removed over 14,000 landmines and unexploded bombs, transported more than 1.2 million tons of supplies covering a distance of 13 million kilometers, provided medical care for the injured and weak, rescued over 246,000 people, and carried out more than 450 escort and patrol missions.

In addition, the Chinese military has cooperated with troops from 90 countries and 10 international and regional organizations and enhanced mutual understanding and improved its peacekeeping capability through visits, expert communication, joint exercises and training.

More important, Chinese peacekeepers have been a disciplined force, safeguarding peace and justice, and praised by the UN and the international community for their services.

People across the world are members of a community with a shared future, and their interests and security are intertwined. So China's military will continue to work with its counterparts from other countries to safeguard world peace and stability, and make their best efforts to build a better world.

The author is a professor at Hainan University and a senior research fellow at Techxcope, a think tank.