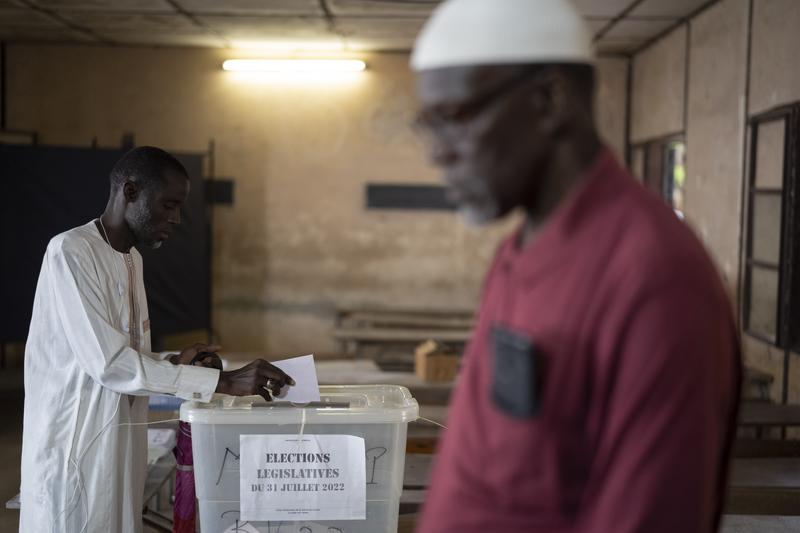 Senegal President Macky Sall's refusal to publicly rule out a candidacy in 2024 has stoked fears he will follow in the footsteps of Ivory Coast President Alassane Ouattara and former Guinea President Alpha Conde. Both men stood for – and won – third terms in 2020 by arguing that new constitutions had reset their two-term limits

Former prime minister Aminata Toure, who led the ruling coalition's list in the legislative election announced the partial results on national television from the party's headquarters early on Monday after Sunday's vote.

"This gives us an unquestionable majority," Toure said to the cheers of supporters. She did not say how many of the 165 parliamentary seats the party won.

Under Senegal's hybrid electoral system 97 candidates who win a majority of votes in administrative departments are elected, while 53 from national lists are elected using proportional representation, and 15 are elected by Senegalese living outside the country.

Barthelemy Dias, mayor of the capital Dakar, and a leader of the main opposition coalition which has been energized by economic hardship and fears of Sall's third term ambition, immediately disputed the results announced by Toure, warning that it was not her place to announce results of the election.

"The people will respond, and the people will come out into the streets tomorrow, and you will tell us where you got your majority," Dias said.

The political backdrop in the country of 17.5 million, considered among West Africa's most stable democracies, has become increasingly acrimonious, fuelled in part by Sall's refusal to rule out breaching term limits.

Violent protests erupted last year after Sall's main opponent, Ousmane Sonko, was arrested on rape charges. Sonko, who came third in the last presidential election in 2019, denies the allegations and says they are politically motivated.

Violent protests broke out again last month after the main opposition coalition's primary list of parliamentary candidates, which included Sonko, was disqualified on technical grounds. As a result, the coalition's backup list – consisting mostly of relative unknowns – will be on the ballot.

The coalition, which formed an alliance with another led by 96-year-old former President Abdoulaye Wade, is hoping to build on gains the opposition made during the January municipal election when they won control of Senegal's major cities. 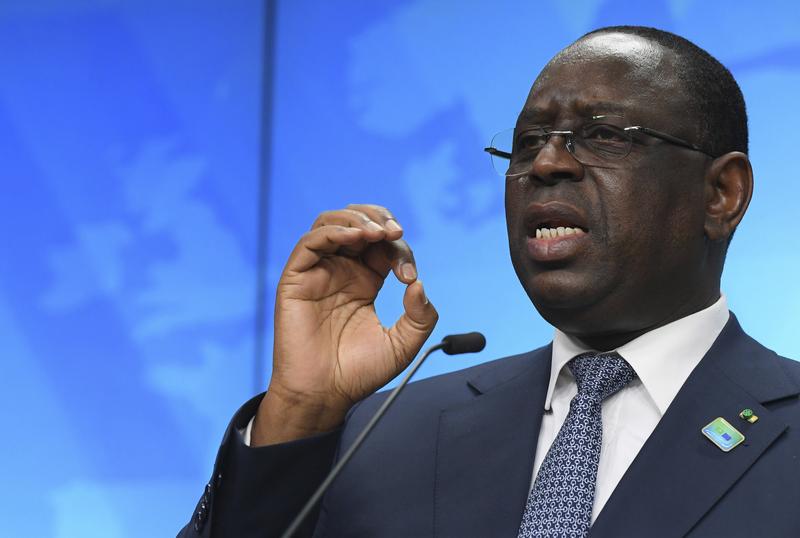 Senegal's President Macky Sall speaks during a media conference at the conclusion of an EU Africa summit in Brussels on Feb 18, 2022. (JOHN THYS, POOL PHOTO VIA AP)

Sall's ruling Benno Bokk Yakaar coalition is trying to conserve its majority of more than three-quarters of the parliament's 165 seats.

"I'm confident that like in the past, voters will decide in all transparency," Sall said after voting.

Sixty-year-old Sall swept to power in 2012 removing Wade, and was elected again in 2019. He has campaigned on big-ticket construction projects such as a high-speed train line and a conference center, as well as oil and gas production.

His opponents have seized on growing frustrations with economic hardship caused by the coronavirus pandemic and rising fuel and food prices.

Sall's refusal to publicly rule out a candidacy in 2024 has stoked fears he will follow in the footsteps of Ivory Coast President Alassane Ouattara and former Guinea President Alpha Conde. Both men stood for – and won – third terms in 2020 by arguing that new constitutions had reset their two-term limits.

Senegal adopted constitutional revisions, which among other things reduced presidential terms from seven to five years, in 2016. Sall has declined to comment on his intentions for 2024.