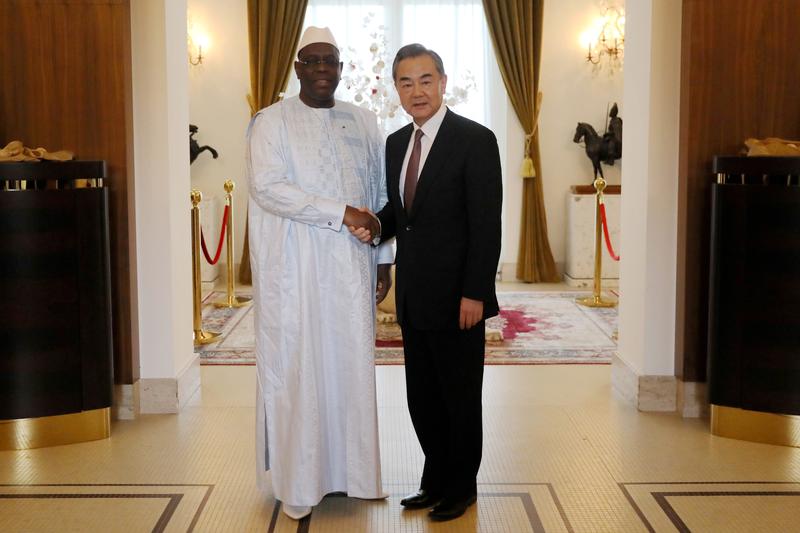 DAKAR – The dynamic and practical relations between Senegal and China are a fine example for other countries, Senegalese President Macky Sall said Sunday, expressing his hopes to further cooperation with China in various fields.

He made the remarks during talks with visiting Chinese State Councilor and Foreign Minister Wang Yi.

Sall extended congratulations upon the successful soft landing of China's Chang'e-4 lunar probe on the far side of the moon, saying that his country is willing to strengthen cooperation with China in such fields as science, technology and innovation.

The successful Beijing Summit of the Forum on China-Africa Cooperation (FOCAC) in 2018 shows China's strategic vision to develop China-Africa ties, the president said.

In the hearts of the African people, they know who is a true friend to them, he said, adding that Africa and China share a relationship featuring mutual respect, mutual benefit, win-win cooperation and common development.

Senegal is willing to push forward the comprehensive strategic cooperative partnership with China and will support China's rightful stance on international affairs, said the Senegalese leader.

For his part, Wang said Chinese President Xi Jinping's successful and historic visit to the West African country in 2018 has injected strong impetus into the two countries' relations.

The solid political trust between China and Senegal consolidates the foundation for the two countries' high-quality cooperation in various areas, he said.

China is willing to be an enduring and reliable partner for Senegal, the Chinese foreign minister said. He called for closer coordination between China and Senegal, the co-chairs of the FOCAC, to jointly implement the results of the summit and build a closer community with a shared future for China and Africa.

Senegal has taken the lead in West Africa in signing cooperation documents with China under the Belt and Road Initiative (BRI) and its role as co-chair of FOCAC has opened up new scope for bilateral ties, he said. 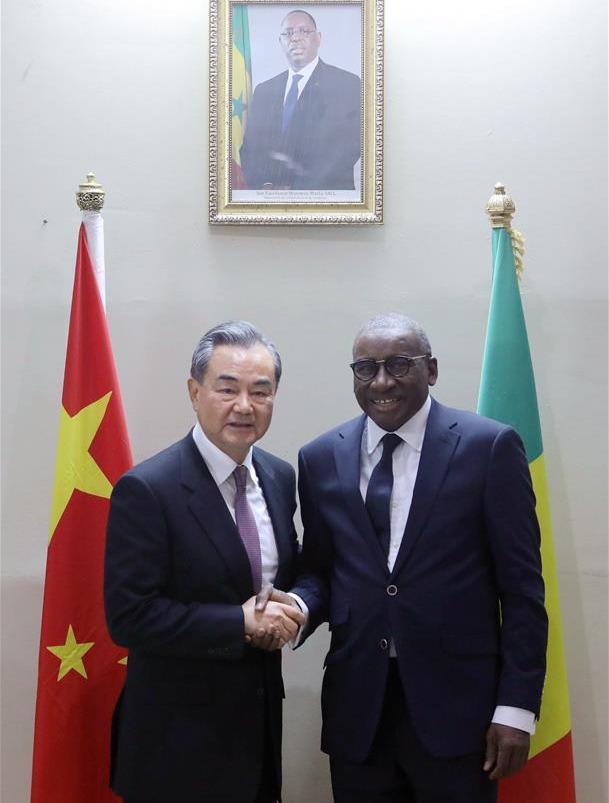 China is willing to facilitate the construction of agreed infrastructure projects and expand cooperation with Senegal in emerging fields such as industrial parks in accordance with its needs, added Wang.

For his part, Kaba said China is an important strategic partner of Senegal and a friend who cares indeed about Senegal's development. He lauded China's great achievements in lifting over 700 million people out of poverty and promoting world peace and stability.

The Senegalese foreign minister said the BRI and the eight major initiatives in collaboration with Africa proposed by President Xi Jinping dovetail highly with the Agenda 2063 of the African Union and the Emerging Senegal Plan proposed by President Macky Sall, which will bring mutual benefits and win-win results for China and Africa.

Senegal will play an active role in China-Africa comprehensive strategic partnership and work closely with China to jointly perform the duties of co-chairs of FOCAC, promote the construction of its mechanism, and put the results of its Beijing summit into action, said Kaba.