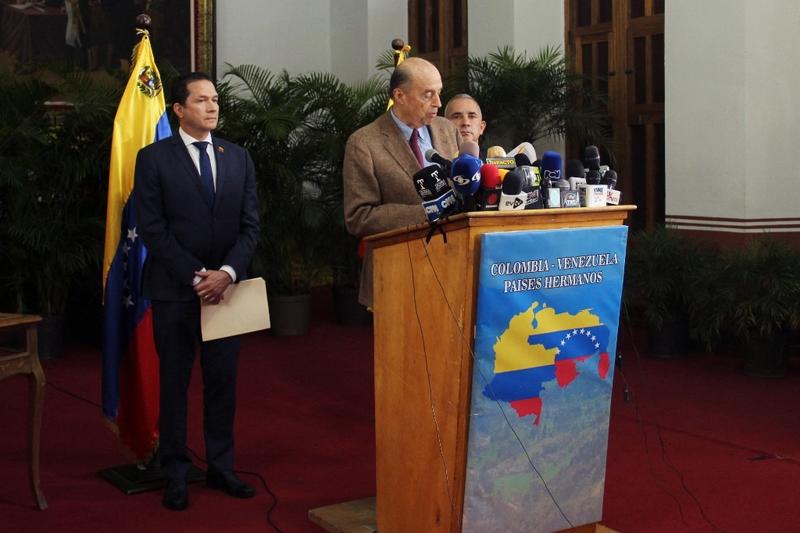 SAN CRISTOBAL, Venezuela - Colombia's incoming government and Venezuela will appoint ambassadors to the two countries' capitals after years without diplomatic relations and will work to boost security along their shared border, officials said on Thursday.

The plan to appoint ambassadors was outlined in a joint declaration made by Venezuela's Foreign Minister, Carlos Faria, and Alvaro Leyva, the designated foreign minister of Colombia's next president, Gustavo Petro, following a meeting in the border city of San Cristobal.

Petro, who will become Colombia's first leftist president on Aug 7, plans to fully reopen the border with neighboring Venezuela, following a breakdown in the two countries' relations since 2015.

Colombia and Venezuela share a porous border of 2,219 kilometers, which has been the site of conflict between armed groups, including the National Liberation Army (ELN) and FARC dissidents. The lack of security has raised concerns over illegal activities ranging from kidnapping to drug trafficking.

The officials "expressed their willingness to move forward with a work agenda for the gradual normalization of bi-national relations starting next Aug 7 with the appointment of ambassadors and other diplomatic and consular officials," Leyva told reporters.

They also reaffirmed "their willingness to make joint efforts to guarantee security and peace on the border of our two countries," he added.

Feria described the meeting as "historic" and confirmed they had discussed "the gradual opening of the border" at the meeting.