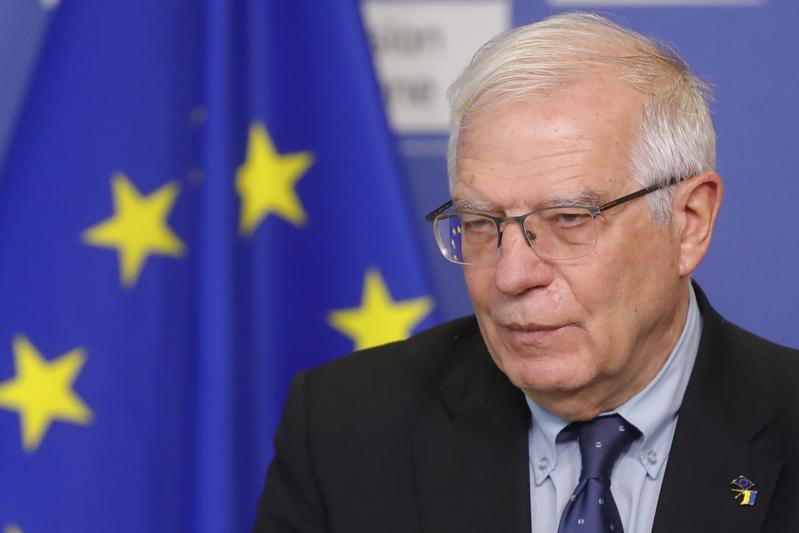 TEHRAN – The European Union's foreign policy chief said on Tuesday he has proposed a new draft text to revive the 2015 Iran nuclear deal, saying there is no room left for further major compromises.

"I have now put on the table a text that addresses, in precise detail, the sanctions lifting as well as the nuclear steps needed to restore the JCPOA," the European Union's Josep Borrell wrote in an essay in the Financial Times. He was referring to the 2015 deal called the Joint Comprehensive Plan of Action.

After 15 months of intense, constructive negotiations in Vienna and countless interactions with the Joint Comprehensive Plan of Action participants and the US, I have concluded that the space for additional significant compromises has been exhausted.

"After 15 months of intense, constructive negotiations in Vienna and countless interactions with the JCPOA participants and the US, I have concluded that the space for additional significant compromises has been exhausted," he added.

Ali Bagheri Kani, Iran's lead nuclear negotiator, confirmed Borrell had put forth a new proposal, adding on Twitter, "We, too, have our own ideas, both in substance & form, to conclude the negotiations which would be shared."

US State Department spokesman Ned Price told reporters that Washington was reviewing the "draft understanding" Borrell shared with Iran and other parties to the 2015 deal and would respond directly to the EU.

Borrell did not provide details about his proposal, but he suggested - as many Western officials have before - that time was running out to restore the deal under which Iran limited its nuclear program in return for relief from economic sanctions.

"It is now time for swift political decisions to conclude the Vienna negotiations on the basis of my proposed text and to immediately return to a fully implemented JCPOA," he wrote. "If the deal is rejected, we risk a dangerous nuclear crisis, set against the prospect of increased isolation for Iran and its people."

Iranian Foreign Minister Hossein Amir-Abdollahian said Wednesday that his country "welcomes the continuation of diplomacy and talks" to rescue the Iranian nuclear deal, according to the Foreign Ministry's website

Iranian Foreign Minister Hossein Amir-Abdollahian said Wednesday that his country "welcomes the continuation of diplomacy and talks" to rescue the Iranian nuclear deal, according to the Foreign Ministry's website.

Amir-Abdollahian made the remarks in a phone conversation with Borrell.

The Iranian minister reiterated that Iran is "determined to reach a good, robust and lasting deal," urging the United States to move "realistically toward finding a solution and reaching a deal."

Washington "has always claimed that it wants a deal, so this must exist in the wording of the agreement and also in practice," he added.

Under the nuclear pact, Tehran limited its uranium enrichment program, a potential pathway to nuclear weapons, though Iran says it seeks only civilian atomic energy, in exchange for relief from economic sanctions.

In 2018, then-US president Donald Trump abandoned the deal, calling it too soft on Iran, and reimposed harsh US sanctions, spurring Tehran to begin breaching the nuclear limits in the pact about a year later.

Negotiations between Iran and the remaining parties to the JCPOA to revive the pact started in April 2021 but were suspended in March.

Recently, EU-mediated bilateral talks between Iran and the United States were held in the Qatari capital Doha, however, the first round of the indirect talks did not bear tangible results.