Those who refuse to comply with court orders to pay their debts may soon face much tougher measures. Cao Yin reports. 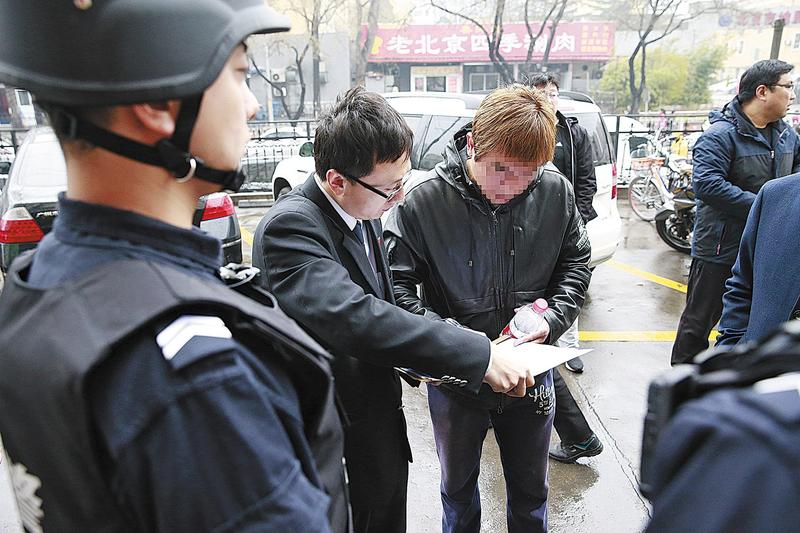 For a long time, many Chinese have faced the same dilemma: they have won lawsuits against defaulters, but are unable to get their money back, and even find it difficult to locate the guilty party.

Experts say that is mainly because the deterrents for convicted defaulters have not been strong enough, resulting in little pressure for them to comply with court rulings.

To alleviate the problem, the courts have taken various measures in recent years, such as blacklisting defaulters and placing restrictions on their daily lives, which have played a crucial role in prompting them to comply with verdicts and accelerating payment.

"But it's nowhere near enough to rely on us alone to force defaulters to obey verdicts as the information we have about these people, including their whereabouts and assets, as well as the punishments we can impose, is limited," said Wang Jinxin, a judge with the enforcement department at Beijing Haidian District People's Court.

"What we need most is a more powerful law to coordinate more efforts to increase the pressure on people who can afford to make court-ordered payments but refuse to do so, and also to regulate and supervise the behavior of each organization (such as government agencies, banks and financial institutions, which can help locate defaulters and their assets) involved in the whole process."

Wang's demands will soon be met. At the end of last month, China's first legislation on defaulters－a draft civil enforcement law consisting of 207 articles－was submitted to the Standing Committee of the National People's Congress, the top legislature, for a first review.

Usually, a draft becomes a law after being reviewed three times.

Yang Zhe, another judge with the Haidian court, highlighted the importance of making such a specialized law, "because the current rules in the Civil Procedure Law are too general and insufficient in practice", he said. "Establishing a multidepartmental long-term work mechanism through legislation will greatly improve the efficiency of verdict implementation and help build the social credit system." 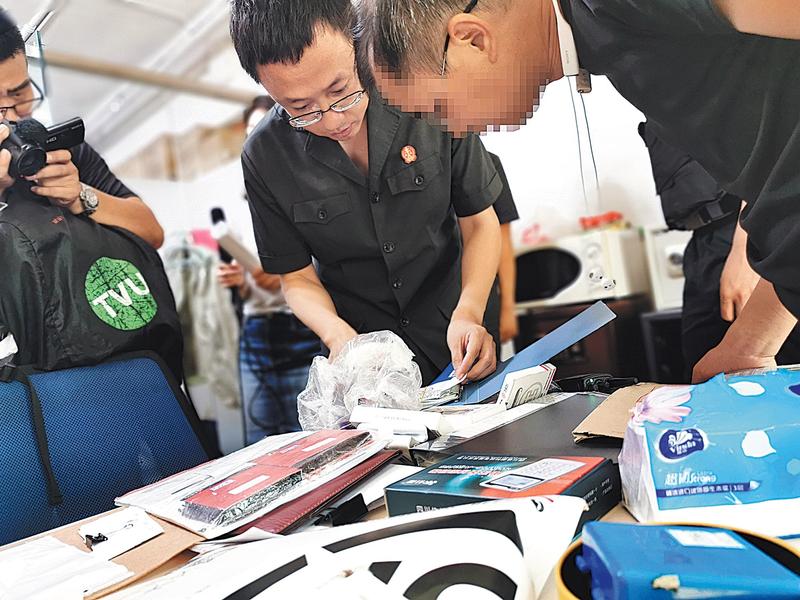 Yang (center) inquires about the payment of employees' wages at a company's human resources department in Beijing. (PHOTO PROVIDED TO CHINA DAILY)

According to the draft, courts will be allowed to impose a continuous daily fine on those who fail to abide by verdicts, although it may be levied for no more than 180 days.

Courts will also be able to extend the current 15-day maximum period of judicial detention for such defaulters for up to, but not exceeding, six months.

"At present, we can place a fine of no more than 100,000 yuan ($14,800) on individuals who refuse to comply with rulings, and no more than 1 million yuan on companies and similar organizations. However, no matter how much money is involved, we can only fine such people once," Wang said.

"This is not harsh enough to deter some large businesses and people with financial power. Therefore, the daily fine is essential. It will place greater pressure on defaulters."

Yang shared the story of a domestic dispute he resolved in 2016 to explain why he supports extending the detention period, adding that it will pose another threat to those who refuse to repay debts.

In this case, a sanitation worker sold an apartment after his wife's death. He had promised to give his parents-in-law some of the money, but instead, he transferred the cash to himself and told the couple that it had been lost in failed investments. Eventually, the two sides went to court.

"The man was dismissive of the detention he would face because compared with paying, losing his personal freedom for just 15 days of work and life wasn't a big issue," Yang said.

He added that the defaulter only agreed to pay the money when he learned that he could be charged with failing to comply with a court ruling and would be jailed if he didn't give the money to his parents-in-law.

"It can be seen that losing their freedom for a longer period is an effective way of prompting defaulters to repay. So, extending the judicial detention period is necessary, I think," Yang said. 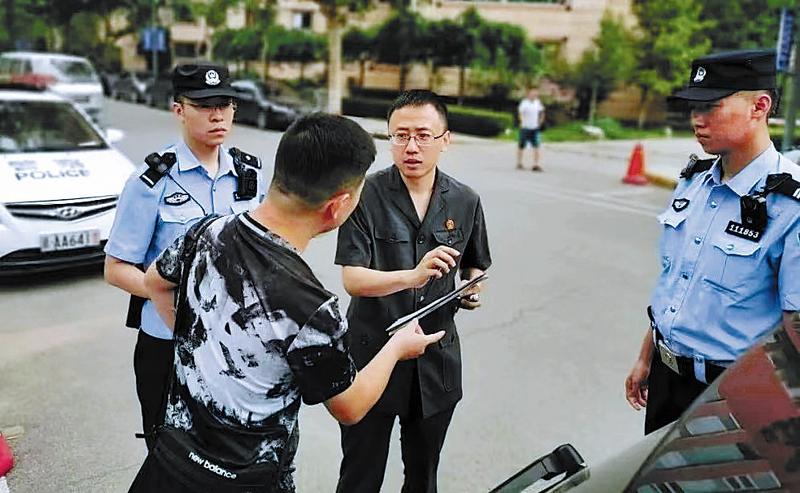 Yang impounds the vehicle of a defaulter in the capital's Haidian district. (PHOTO PROVIDED TO CHINA DAILY)

When recalling the case, Yang said he had spent a lot of time contacting the sanitation worker that year, adding that locating defaulters has always been difficult.

"Sometimes, we have to turn to public security bureaus as well as vehicle management and financial agencies, asking them to help us find defaulters and establish whether they have private cars or properties that could be seized or frozen to pay debts," he said.

"Put simply, the government, banks and financial institutions aren't obliged to help us, even though the Supreme People's Court, the country's top court, has signed agreements with some of them to help us locate defaulters and their assets."

To solve the problem, the draft law states that relevant departments and organizations should work to establish information-sharing platforms with courts to cooperate in compelling guilty parties to comply with verdicts.

Wang praised the draft, saying joint efforts would contribute greatly to improving work efficiency "as it means finding defaulters and their assets will not only be the job of the courts, but also a duty for other organizations".

When the draft was reviewed during a session of the NPC Standing Committee last month, some legislators paid close attention to the specific clause and called for further clarification of what the relevant organizations would be.

Chen Jun, a member of the NPC Standing Committee, said, "Public security and telecom departments should be obliged to assist courts in finding defaulters, because they collect a lot of information about such people through the real-name registration process."

Chen Guomin, another member, suggested that in the next version of the draft, the top legislature should provide a clearer picture of what the police should do. "After all, that's the department responsible for motor vehicle management and road registration," he said.

Given that some judges are reluctant to handle cases related to enforcement and even deal with defaulters' assets inappropriately, the draft also requires prosecuting authorities to play a role in supervising the behavior of the courts.

If they find that the courts have made a mistake, prosecutors will be allowed to urge the courts to correct the errors by sending them legal advice.

Xie Hongfei, head of the civil law office at the Chinese Academy of Social Sciences' Institute of Law, said the requirement will help judges perform their duties in a more regulated manner, adding that it will provide stronger oversight of the work of courts nationwide.

The draft also stipulates that courts should not excessively confiscate the assets of businesses or individuals, nor should they place those age 18 and younger on a national blacklist online.

Moreover, it states that information related to defaulters must be made publicly available for two years, but if a person has failed to comply with a number of verdicts, the period can be extended by one to three years.

It adds that if that time has expired, courts must delete the person's information from the online platform within three days of the expiry date, adding that such information can be removed earlier if defaulters comply with rulings.

Wang and Yang, from the Haidian court, said judges need to improve their ability to distinguish defaulters from those without the immediate means to pay, adding that people who lose lawsuits and have no assets to pay their debts should not be targets for punishment.

In November, the country's top court said that cases involving verdict enforcement must not be abandoned, while delays in handling such cases should be prohibited.