The border's toll: Migrants increasingly die crossing into US 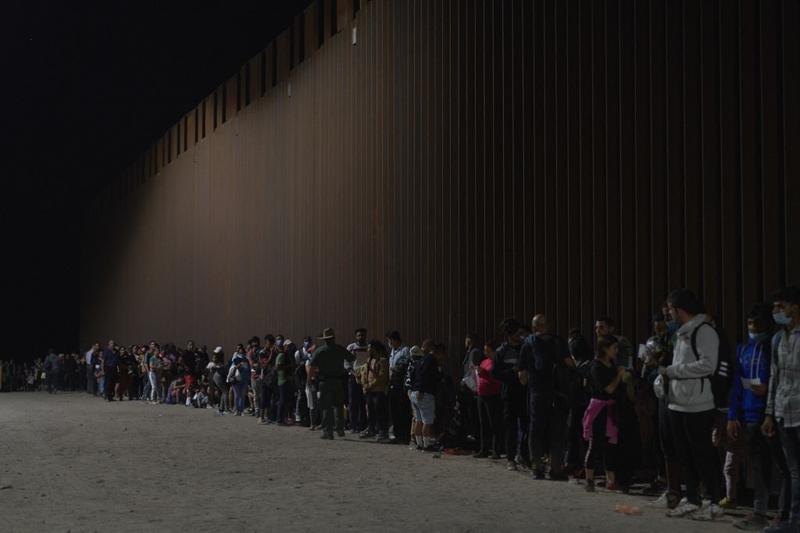 Migrants line up as they wait to be processed by US Border Patrol after illegally crossing the US-Mexico border in Yuma, Arizona in the early morning of July 11, 2022. Every year, tens of thousands of migrants fleeing violence or poverty in Central and South America attempt to cross the border into the United States. Many never make it. (ALLISON DINNER / AFP)

SAN DIEGO, California - In the early hours of Friday, May 6, Gerardo Avila and five other migrants scaled the 18-foot US border wall next to a Mexican highway, about a quarter mile west of the Otay Mesa port of entry in San Diego.

Avila had been deported to Mexico a few weeks earlier after three decades in the United States, and was trying to get back to his family for Mother's Day, relatives said.

As he was climbing, bright lights from a border patrol vehicle flashed in the direction of the wall, illuminating the foggy night sky. Agents heard a scream and saw Avila fall about 15 feet (4.5 m), according to a Border Patrol statement, which identified him only as a "male citizen of Mexico."

Avila, 47, was declared dead at the scene. The others were rushed to hospital. His death was part of a spike in fatalities along the US-Mexico border, which broke records last year. New data from the United Nations shows the trend is on track to be as bad or worse this year.

From the highways of San Antonio, Texas, where 53 migrants died last month after being packed into a sweltering tractor-trailer, to the currents of the Rio Grande, the unrelenting heat of the desert in Arizona and the wall that former President Donald Trump touted as “just about unclimbable,” there have been more than 1,000 fatalities on the border since US President Joe Biden took office in January 2021

From the highways of San Antonio, Texas, where 53 migrants died last month after being packed into a sweltering tractor-trailer, to the currents of the Rio Grande, the unrelenting heat of the desert in Arizona and the wall that former President Donald Trump touted as “just about unclimbable,” there have been more than 1,000 fatalities on the border since US President Joe Biden took office in January 2021.

Some of the deaths, medical experts and advocates told Reuters, are a legacy of Trump-era policies. The towering wall - built as high as a three-storey building in some sections - has multiplied serious injuries for those who try to scale it.

A record number of crossings, more than 1.7 million so far this fiscal year through June, have been fueled in part by an expulsion policy put in place by Trump, a Republican, that Biden, a Democrat, has been unable to end.

It cuts off options for requesting asylum, pushing migrants to seek entry multiple times along ever-more-risky clandestine routes. Republicans say Biden’s promise of a more “humane” approach to the border has encouraged migrants to embark on the dangerous journey to the United States in ever greater numbers.

Last year was the deadliest for migrants crossing the border, with 728 fatalities recorded by the United Nations, which started counting in 2014. The UN has counted 340 more this year, apace with 2021’s grim record.

US Customs and Border Protection (CBP) acknowledged in a statement “a rise in the number of deaths.” It blamed smuggling organizations “with no regard for human life,” who abandon migrants in remote and dangerous areas.

CBP has not published data on deaths on its website since fiscal year 2020. Record keeping is patchy. Some migrants who die are never found or identified.

Following congressional mandates, CBP changed how it counts fatalities along the border last year to include only those who die in custody, during arrests or when agents were nearby. The agency told Reuters there were 151 such “CBP-related” deaths in the 2021 fiscal year, a previously unreported number.

Bodies discovered by CBP or others are not currently included in the agency’s data. 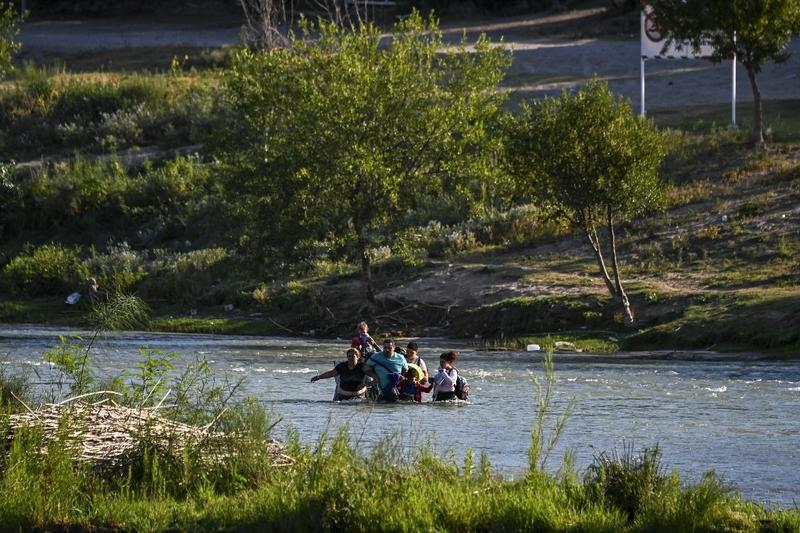 A migrant family from Venezuela illegally crosses the Rio Grande River in Eagle Pass, Texas, at the border with Mexico on June 30, 2022. Every year, tens of thousands of migrants fleeing violence or poverty in Central and South America attempt to cross the border into the United States. (CHANDAN KHANNA / AFP)

The primary fence Avila fell from doubled in height to 18 feet under Trump, whose campaign rallying cry of “build the wall” launched him to the presidency in 2016. A 30-foot secondary fence was built in the same section.

The trauma center at Scripps Mercy - where the hills of Tijuana, Mexico are visible out the windows - alternates months with nearby University of California at San Diego (UCSD) Medical Center to receive patients injured while crossing the border.

A UCSD study published by the Journal of the American Medical Association on April 29 found the higher border wall was associated with more deaths and severe injuries as well as increased costs for the hospital.

From 2019 to 2021, after the higher wall sections were completed, there were 375 UCSD admissions due to falls, a more than five-fold increase compared to the previous three-year period.

Meanwhile, 225 deceased migrants were found along Arizona's some 400-mile long border with Mexico in 2021, data from Humane Borders shows, the most since the earliest record kept in 1981.

Rescues by border agents along the southwest border have topped 14,000 since the start of the 2022 fiscal year, more than recorded for the full 2021 fiscal year.

Border Patrol Agent Jesus Vasavilbaso said emergency calls in the Tucson sector were up more than 25 percent compared to the same period last year. “We are receiving approximately 16 calls a day,” he said. “Every single day." 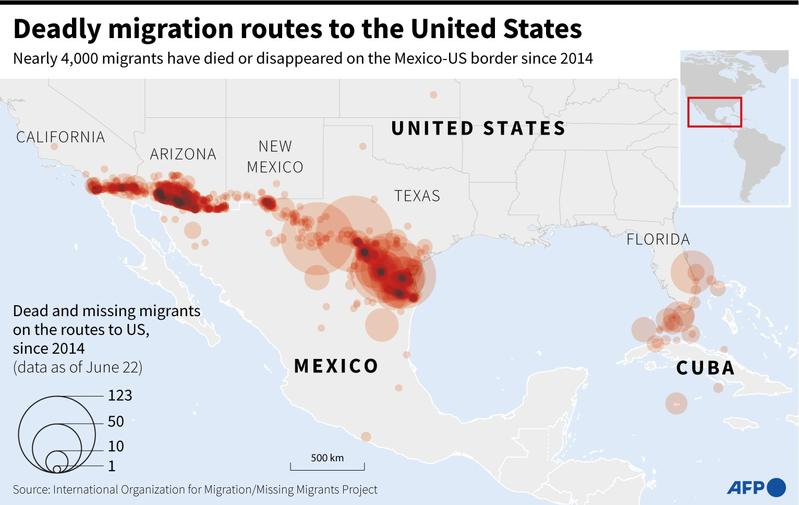