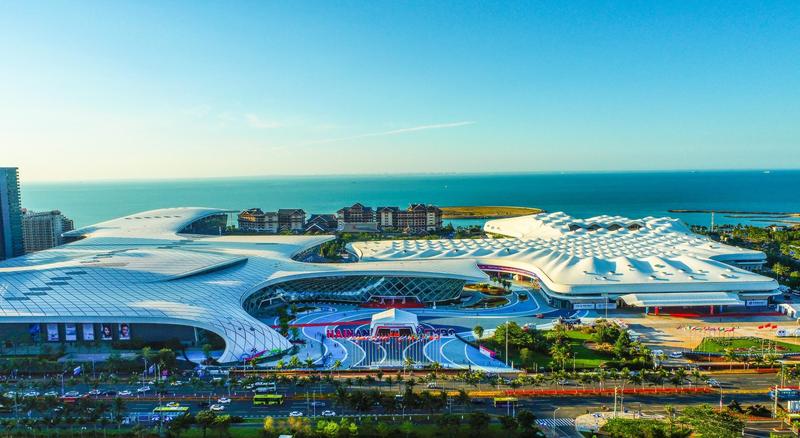 An aerial view of the venue for the Second China International Consumer Products Expo, which kicks off from Monday to July 30 in Haikou, Hainan province. (ZHAO MAO / FOR CHINA DAILY)

The Second China International Consumer Products Expo, kicks off from Monday to July 30 in Haikou, Hainan province, could help unleash the potential of consumption in China and contribute to the economic recovery, said government officials.

"China's consumer market is recovering. The great resilience and potential of consumption, the fundamentals sustaining sound consumption and the overarching trend of consumption upgrades remain unchanged," Sheng Qiuping, vice-minister of commerce, said at a news conference in Beijing on Wednesday.

Sheng said the expo, the first major national offline expo held so far this year in China, could speed up the development of a free trade port with Chinese characteristics and reinforce domestic and international circulation. More businesses at home and abroad will be attracted to establish their regional headquarters in Hainan, he said.

The event was launched in 2021 to highlight high-end consumer goods. It aims to build a new platform promoting high-level opening-up and global consumption of high-quality products; promote the dual-circulation development pattern involving both the domestic and international markets; and support the construction of Hainan Free Trade Port, officials with the Ministry of Commerce said.

The ministry jointly hosts the annual event with the Hainan provincial government.

China released a master plan in June 2020 to build the island of Hainan into a globally influential and high-level free trade port by the middle of this century. 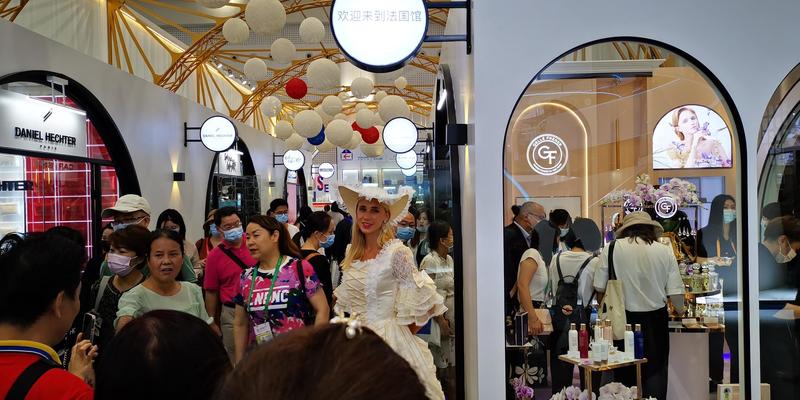 Government officials said the island province has built an open policy system with global competitiveness in trade, investment, capital, personnel, transportation, and tax incentives. Located in the geographical center of the Asia-Pacific region and backed by the mainland's large market, Hainan is a suitable place for multinational companies to establish their Asia-Pacific headquarters. Hainan welcomes overseas investors to share in China's benefits and involve themselves in the construction of the Hainan free trade port.

As a new platform to meet the expectations of Chinese people for a better life, the grand show－also known as Hainan Expo－has become a truly global consumption feast. It not only provides opportunities for consumer goods from all countries to enter the Chinese market, but creates opportunities for consumer goods from all over China to be sold across the world, said officials and experts.

The second expo is to run with the theme "Share open opportunities; co-create a better life". Spreading across more than 100,000 square meters, up 25 percent compared with the first session in 2021, 80 percent of the space will be dedicated to international exhibitors. They will feature the latest in fashion, jewelry, food, medicine and other professional services, the organizing committee said.

It added that more than 2,800 brands from 61 countries and regions are on display at the Hainan International Convention and Exhibition Center, the main venue of the Hainan expo, which is deemed the largest consumer goods exhibition in the Asia-Pacific region. More than 600 new product debuts have been arranged, covering categories such as fashion fragrance, food, wine, jewelry and diamonds.

Domestic brands produced by more than 800 companies from 31 provinces, municipalities and autonomous regions across China will take part in the grand event. The total number of buyers and professional visitors is expected to exceed 40,000, according to the organizers.

The first event successfully highlighted the country's consumption power on the global stage and fresh opportunities to diversify market channels in China. It also built up strong interest among almost all high-end global luxury groups to debut their boutiques at the second session, organizers said. 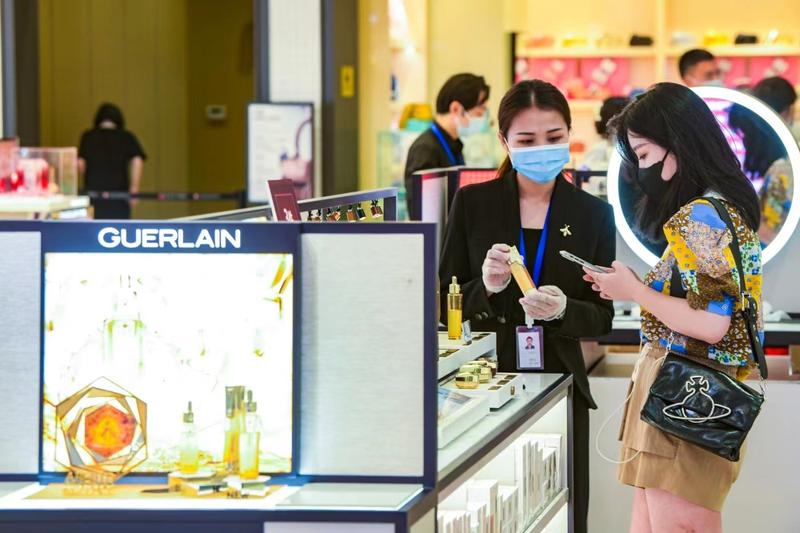 A customer looks to buy cosmetics at a downtown duty-free shop in Haikou. (ZHANG KE / FOR CHINA DAILY)

Global business leaders believe that the expo will not only build a platform for them to enter the Chinese market but assist them in better tapping into the latest industry trends and initiate new campaigns that might set the tone for future growth in the country.

France, the guest-of-honor country of the expo, will showcase 244 brands from 50 companies, covering products such as fragrances, clothing, jewelry, food, wine and trade in services.

The Japan External Trade Organization said that Japanese businesses were enthusiastic to sign up for the second expo after they gained results that exceeded expectations at the first show in May 2021. A total of 31 companies will bring 230 brands. The total exhibition area will cover more than 3,100 sq m, slightly larger than their French counterparts. The United States' pavilion occupies more than 3,000 sq m, displaying 170 leading brands highlighted by Estee Lauder, Tesla and Dell Technologies.

More companies from Regional Comprehensive Economic Partnership member countries are enthusiastic about participating in the expo, thanks to the RCEP agreement effective since January. Japan, South Korea and Malaysia have expanded their exhibition areas by 20 percent compared with 2021, organizers said.

Also showcased at the Hainan Expo is the Sanya Hello Kitty Resort, the first theme park resort in Hainan to be built with international intellectual property rights. Illustrating how world-leading concepts are being combined with Hainan local culture at a show area of 400 sq m, the new project will add appeal to Sanya as an international tourist destination and become a landmark of the Hainan international tourism consumption center when it opens in 2025, said the local tourism authority. 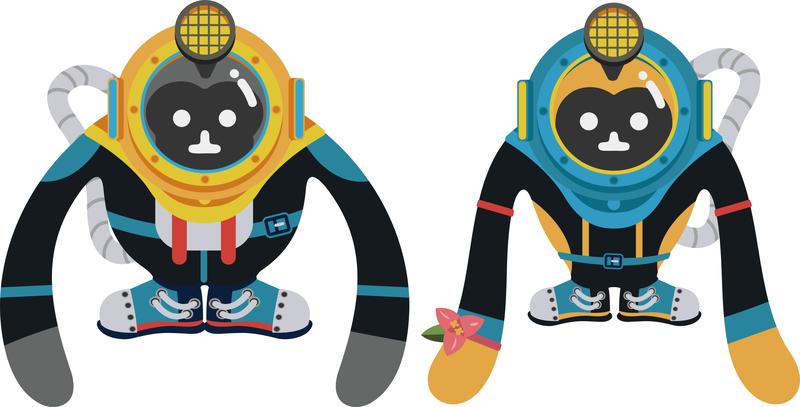 Mascots for the Hainan expo. (PHOTO PROVIDED TO CHINA DAILY)

Meanwhile, China Duty Free Group will have more than 200 duty-free shops participating in the event. With 10 duty-free shops currently in operation, the island province is targeting more than 100 billion yuan ($15.8 billion) in total sales this year. Its sales volume reached 60.2 billion yuan in 2021, an increase of 84 percent year-on-year, according to data from the provincial government.

Philippe Pedone, head of International Development at Galeries Lafayette, said that the construction of the Hainan Free Trade Port "has put the expo at the center of a region brimming with potential, and this is a fantastic opportunity to start new conversations and strengthen our ties with business players here." The French retailer aims to have 10 stores in China by 2025.

"The holding of the second expo has made us see the positive signal of China's expanding opening-up, and we are full of confidence in the development of the Chinese market," said Kentaro Fujiwara, CEO of China unit of Shiseido.

"Strong growth and expectations have prompted especially those international luxury brands to enhance their presence in Hainan. They regard the Hainan Expo as a 'golden key' to expand their China market share," said Xie Xiangxiang, an associate professor of tourism at Hainan University.

Michael Straub, an associate partner of McKinsey, believes that after 2022, even when international travel recovers, Hainan Island will "remain a competitive travel and duty-free destination". This is largely due to upcoming policy changes in the Hainan FTP which are to push the tropical island region toward a "golden age" of the tourism retail industry, he said.

The expanded offshore duty-free policies granted to Hainan by the central government and the effects of the China International Consumer Products Expo have jointly worked to draw foreign brands to set up operations in Hainan.

More than 30 overseas luxury and beauty brands－including Switzerland's Richemont, France's LVMH and Pernod Ricard, and Britain's De Beers－have landed in Hainan, which is regarded by experts as a growing paradise for duty-free goods.

Hainan is confident that the second expo will attract more global high-end consumer brands to set up offices, operation centers and production bases in Hainan. This in turn will boost the international competitiveness of the offshore duty-free shopping chain in Hainan FTP, local officials said.

They added that the expo will be an eco-friendly model that stresses low-carbon practices, intellectual property protection and integrity in social responsibility.