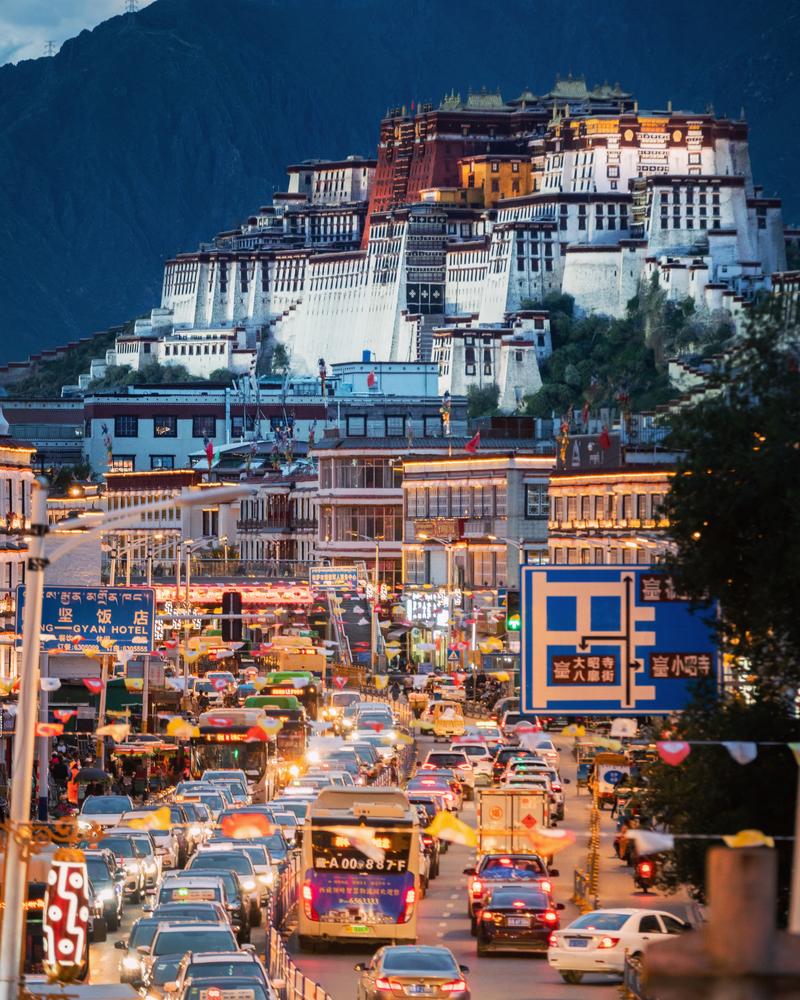 The Potala Palace in the Tibet autonomous region. (WANG YE / FOR CHINA DAILY)

Yang Na has many "patients".But she has been watching over a special one, roughly 3,600 km away from her, for over 15 years.

She is not a medical doctor but a professor of engineering in Beijing. Her special "patient" is the Potala Palace.

Located at the Red Mountain of Lhasa at an altitude of 3,700 meters in the Tibet autonomous region, the Potala Palace was built by Tibetan King Songtsen Gampo in the seventh century as an expression of his love for Princess Wencheng of the Tang Dynasty's (618-907).

"I was astonished by the palace the first time I visited it in 2007," said Yang. "The shock came to me not only because of its unique ethnic features, its colors and its scale, but also because of the murals, decorations, and historical significance of the architecture itself."

Consisting of the White Palace and the Red Palace, the Potala Palace is considered a sanctum of Buddhism with unique Tibetan characteristics. It has 13 floors including an 8-layer basement.

"The staff at the Potala Place foresaw the potential challenge of preserving the ancient architecture visited by a colossal number of tourists. So they reached out to us for assistance," said Yang, a civil engineering professor at Beijing Jiaotong University.

When the two sides first met in 2007, the Potala Palace had already undergone two major renovations, in 1989 and 2002, with over hundreds of millions of yuan invested in the edifice.

Before the renovations, the walls in the basement were seriously damaged with cracks and many of the wooden supports were riddled with worms, recalled Champa Kalsang, former head of the management department at the palace.

A plan to monitor the structure of the palace in three phases was scheduled by Yang and the team in 2007 and 2008, covering its basement, the interior and exterior.

Sensors were put on walls, floors and the wooden supports to monitor and record the humidity in the room, the width of wall cracks, the inclination of walls and supports, as well as the impact of tourists on the wooden structures.

"The sensors on the Potala are like when a human being undergoes electrocardiogram or a CT scan, a thorough body examination," Yang said. "There are now over 700 sensors scattered in the Potala both at its base and on the roof."

The locations of the sensors are carefully selected to avoid any damage to the structure. The data is transmitted to an online platform for seasonal and annual analysis by researchers that include Yang in Beijing, and provide advice to staff at the palace.

In fact, "the occurrence of abnormal activities is rare, and the condition of the palace is good," Yang said.

Since 2007, Yang and her teammates have traveled to Lhasa several times a year for field work like setting up monitors and meeting staff from the palace to share their findings and advice for its preservation.

Working on the plateau is challenging as they need to cope with headaches and breathing difficulties caused by the high altitude, she said.

"Many of the students learned a lot through the Potala project. It is an unforgettable experience for them with this ancient architecture, and some of them stayed in Tibet and devoted themselves to the protection of ancient architecture here," she said.

For Yang, her 15 years' working with the palace has made it a special "patient" for her. Now, the team is working on the third phase, monitoring the exterior walls of the palace.