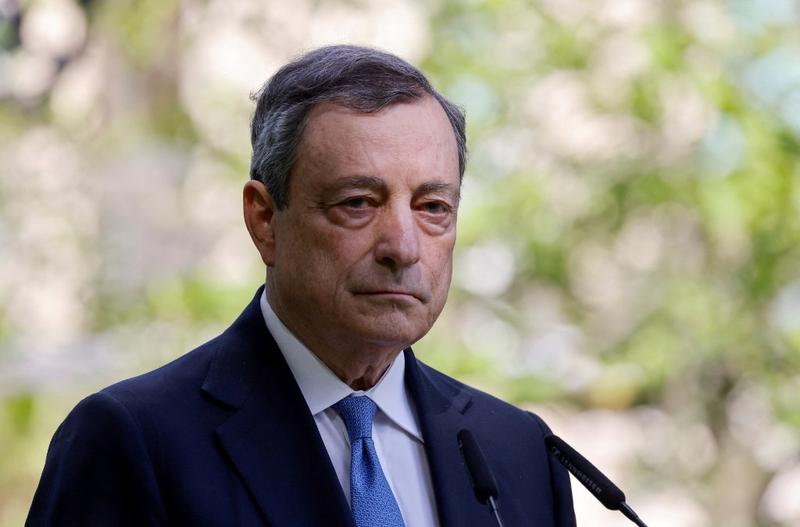 In this file photo taken on June 16, 2022 Italian Prime Minister Mario Draghi holds a press conference with the heads of state of Ukraine, France, Romania and Germany at Mariinsky Palace in Kyiv. (LUDOVIC MARIN / AFP)

Mattarella said the election must be held within 70 days, leaving the government to fix the precise date which is likely to be in late September.

Draghi, an unelected former central banker who has led a broad coalition for almost 18 months, resigned earlier on Thursday and has been asked to stay on in a caretaker capacity

"The period we are going through does not allow for any pause in the (government) action which is needed to counter the economic and social crisis, and rising inflation," the president said in a short address from his Quirinale Palace in Rome.

Draghi, an unelected former central banker who has led a broad coalition for almost 18 months, resigned earlier on Thursday and has been asked to stay on in a caretaker capacity.

A bloc of conservative parties, led by the far-right Brothers of Italy, looks likely to win a clear majority at the next election, a study of opinion polls showed this week.

Draghi's coalition crumbled on Wednesday when three of his main partners snubbed a confidence vote he had called to try to end divisions and renew their fractious alliance.

He had tried to reassert his authority as parties began to pull in different directions before the planned end of the legislature in the first half of next year.

The political crisis has up-ended months of stability in Italy, during which Draghi had helped shape Europe's tough response to the Russia-Ukraine crisis and had boosted the country's standing in financial markets.

READ MORE: Draghi demands Italian unity as price for staying on as PM