Williams and Djokovic included in US Open entry list 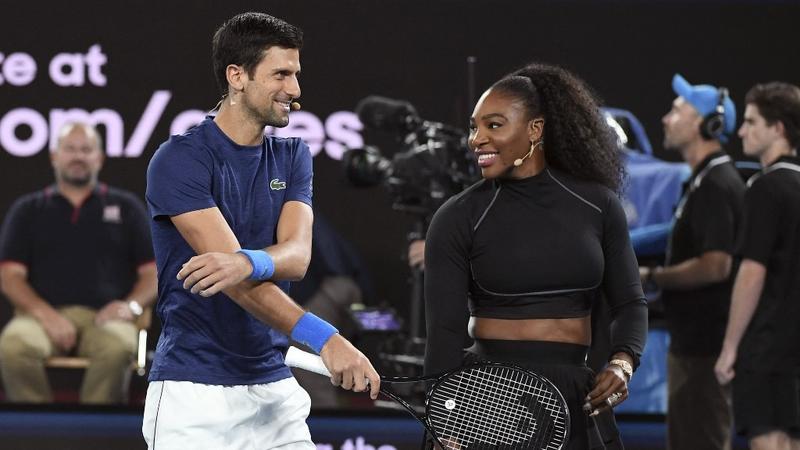 Serena Williams (right) of the US and Novak Djokovic of Serbia share a lighter moment as they and other top players play in the Rally for Relief charity tennis match in support of the victims of the Australian bushfires, in Melbourne of Jan 15, 2020, ahead of the Australian Open tennis tournament. (WILLIAM WEST / AFP)

Serena Williams was included on the entry list for the US Open on Wednesday along with fellow former champion Novak Djokovic, who will not be able to compete due to his refusal to be vaccinated against COVID-19.

Williams, who returned to competition last month after a year-long absence, was added to the entry list for the Aug 29-Sept 11 Grand Slam in New York having been named in the draw for tune-up events in Toronto and Cincinnati

Williams, who returned to competition last month after a year-long absence, was added to the entry list for the Aug 29-Sept 11 Grand Slam in New York having been named in the draw for tune-up events in Toronto and Cincinnati.

The 23-times Grand Slam champion fell in the first round at Wimbledon and last appeared in the US Open in 2020 when the six-time winner reached the semifinals.

Eligible players are automatically entered into the main draw but that does little to help Djokovic, who retained his Wimbledon crown last month and is one back of Rafa Nadal's record of 22 Grand Slam titles.

"The US Open does not have a vaccination mandate in place for players, but it will respect the US government's position regarding travel into the country for unvaccinated non-US citizens," the United States Tennis Association said in a news release.

Almost 12,000 people have signed an online petition calling for the USTA to work with the country's government to allow Djokovic to compete in the US Open despite his refusal to take the COVID-19 vaccine.

Djokovic won the Australian Open, French Open and Wimbledon titles in 2021 but was unable to defend his Melbourne Park crown this year after being deported from Australia over his vaccination status in January.

He later said he was prepared to miss Grand Slam tournaments rather than take the COVID-19 vaccine.