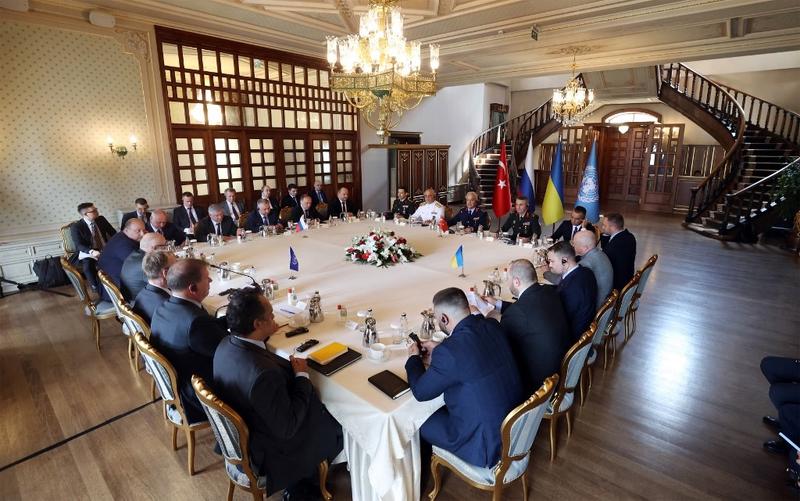 ISTANBUL - Military delegations from Turkey, Russia, and Ukraine met with a United Nations delegation in Istanbul on Wednesday to find ways to deliver Ukrainian grain to global markets.

The meeting kicked off in a Turkish army compound behind closed doors at around 2 pm local time (1100 GMT), according to CNN Turk broadcaster.

The delegations also held bilateral talks before the meeting, it said.

The meeting came at a time when global food prices have soared with growing concerns about food shortages due to the prolonged crisis in Ukraine.

The Turkish Defence Ministry reported earlier that during the meeting, the delegates would work on creating a safe corridor on the Black Sea to transfer grain from Ukrainian ports.

Turkey expects Istanbul to become the operational hub where the entire shipment process will be conducted.