BUCHAREST / FRANKFURT - The number of new COVID-19 infections in Romania nearly doubled over the last week, with a peak of 10,000 daily cases expected in mid-August, Health Minister Alexandru Rafila said on Monday.

Romania is the European Union's second-least vaccinated state, with just over 42 percent of the population fully inoculated amid distrust of state institutions and poor vaccine education.

The number of new infections approached 8,000 over the last week, compared with 3,974 new cases in the previous week, data showed, but the number of hospitalisations and deaths remained low.

At the height of the pandemic in late 2021, Romania topped global lists of coronavirus deaths per million. The pandemic has killed 65,755 people in the country of 20 million. 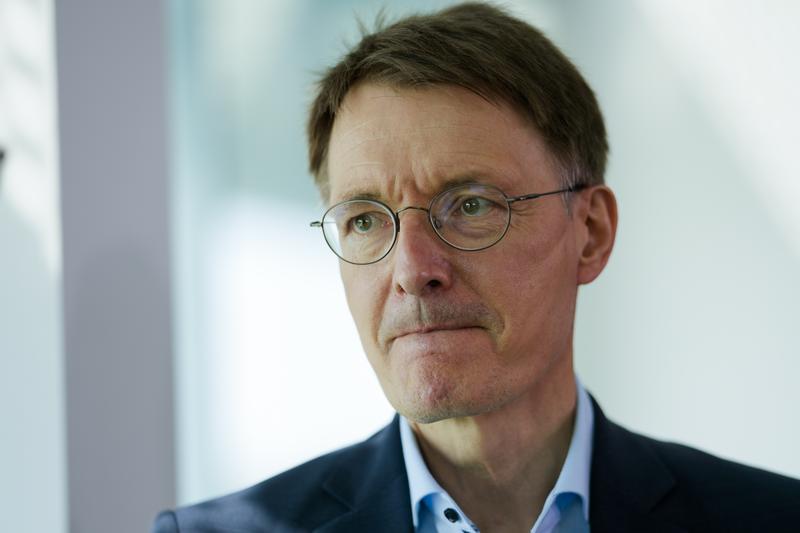 German Health Minister Karl Lauterbach attends the cabinet meeting of the German Government at the chancellery in Berlin, Germany, May 18, 2022. (MARKUS SCHREIBER / AP)

Germany's health minister said on Sunday he will push for more prescriptions of Pfizer's oral COVID-19 antiviral treatment Paxlovid by family doctors to reduce severe cases of the disease.

"A system involving family doctors will be prepared to administer this far too rarely-used COVID life saver more routinely," he wrote on Twitter on Sunday, adding that sufficient stockpiles were available.

The pill, which won conditional European marketing approval in January, is given to infected people who are at high risk of progression to severe illness.

In his tweet, Lauterbach mentioned trial results that the oral treatment course can cut the risk of hospital admissions in the elderly by 90 percent, when taken early after infection.