In this picture taken on October 4, 2019, a tourist poses for a photo on a boat off the southern Thai island of Koh Phi Phi. (MLADEN ANTONOV / AFP)

BANGKOK - Thailand's hotels, businesses and private hospitals should refrain from offering big discounts to lure tourists and focus instead on raising the country's value as a premium travel destination, government ministers said on Monday.

Thailand has received about 2 million foreign visitors in the first six months of this year, a steady revival after its tourism industry almost collapsed due to the pandemic and more than 18 months of complex and costly entry requirements.

One of Asia's most popular travel destinations, Thailand welcomed a record of nearly 40 million visitors in pre-pandemic 2019, who spent 1.91 trillion baht ($53.53 billion), equivalent to 11 percent of gross domestic product

"We cannot let people come to Thailand and say because it's cheap," Deputy Prime Minister Anutin Charnvirakul said at an event at Bangkok's main international airport to promote tourism.

"Instead they should say 'because it works, it's reasonable', that's where we can increase value," he said, echoing remarks by the country's tourism minister.

Anutin likened the approach to that of luxury fashion brand Louis Vuitton.

"Hold your ground. Sell premium. The more expensive, the more customers," he said. "Otherwise Louis Vuitton wouldn't have any sales."

One of Asia's most popular travel destinations, Thailand welcomed a record of nearly 40 million visitors in pre-pandemic 2019, who spent 1.91 trillion baht ($53.53 billion), equivalent to 11 percent of gross domestic product.

Arrivals slumped to 6.7 million the following year, and down to 428,000 in 2021, despite calibrated moves to end quarantine requirements.

READ MORE: Thailand says tourism industry may not recover until 2026

It is forecasting 10 million foreign arrivals in 2022.

Earlier this year, Thailand launched a long-term visa program for wealthy foreigners and skilled workers, sticking to its plan to lure high-spending visitors, despite major jobs and business losses in tourism during the pandemic. 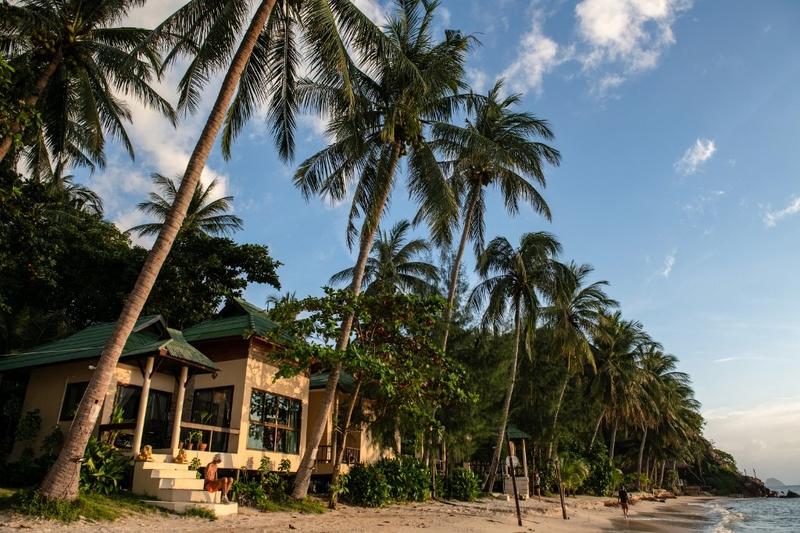 This photo taken on Nov 27, 2021 shows a man sitting in front of accomodation along a beach on Koh Phangan in the Gulf of Thailand. (ALEX OGLE / AFP)