Thailand to shorten quarantine for visitors to revive tourism 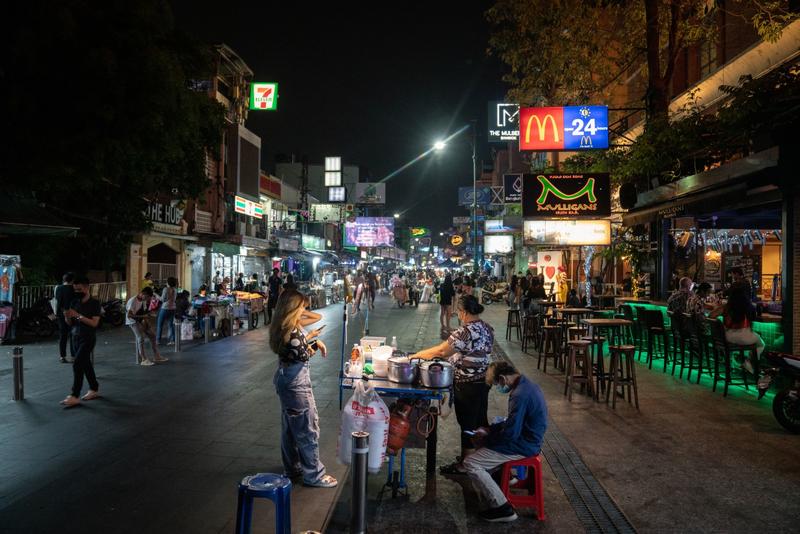 A customer waits for her order from a street food vendor on Khaosan Road in Bangkok, Thailand, March 12, 2021. (NICOLAS AXELROD / BLOOMBERG)

A panel chaired by Prime Minister Prayuth Chan-Ocha on Friday approved curtailing the quarantine to 10 days from two weeks starting April 1, Traisuree Taisaranakul, a government spokeswoman, told reporters in Bangkok. The country may stop enforcing quarantine altogether from Oct 1 though the group delayed a decision on cutting isolation period to seven days for vaccinated tourists as recommended by an expert group last week, officials said.

A shorter quarantine is expected to make Thailand - famed for its palm-fringed beaches, temples and backpacker culture - more attractive to millions of foreign tourists and is seen as a key step toward a wider reopening. Still, tourism-reliant Thailand’s reluctance to fully ease curbs point to the dilemma faced by authorities in balancing the need to protect people from fresh outbreaks while bolstering economic activities.

The pandemic has devastated Thailand’s tourism industry, which provided more than US$60 billion in revenue from about 40 million foreign visitors in 2019. A government campaign to boost travel by locals through hotel and air travel concessions has failed to make up for the slump in earnings as strict quarantine rules have kept most foreign travelers away.

The Prayuth-led panel opted to assess the results of the ongoing inoculation drive and responses of other countries toward travel bubble agreements before approving vaccine passports for local residents, Rachada Dhnadirek, another government spokeswoman, said. Thailand is in talks with the US, South Korea and Singapore for vaccine passport pacts, according to Don Pramudwinai, deputy premier and foreign minister.

Thailand’s COVID-19 task force said on Friday it will ban for a second year the street water fights that usually take place during celebrations for the upcoming Thai New Year due to the pandemic.

The Songkran festival takes place from April 13 to 15 and in a normal year crowds pack the streets, spraying water guns or flinging water from pick-up trucks in what has been described as the world’s biggest water fight.

Thailand on Friday reported 100 new COVID-19 cases, mostly domestic, and one more death, according to the Center for the COVID-19 Situation Administration (CCSA).

The Australian government has reaffirmed its commitment to vaccinating the entire population against COVID-19 by the end of October.

Minister for Health Greg Hunt said on Friday that every Australian who wants a coronavirus vaccine would still receive at least their first dose by October despite the rollout facing delays.

"Our goal remains for first doses for all Australians that seek it by the end of October," he told Sky News Australia.

Premier of New South Wales, Gladys Berejiklia, said on Thursday that the state was not on track to vaccinate its 6 million residents by October.

The federal government has faced criticism for the slow start to the vaccination program.

Australia on Friday welcomed the European drug regulator’s decision to back the AstraZeneca COVID-19 vaccine after a safety investigation as authorities ramp up the country’s immunisation drive next week.

Germany, France and other European nations decided to resume using AstraZeneca doses on Thursday following the European Medicines Agency’s findings that the benefits of the vaccine outweighed the risks.

More than a dozen countries in Europe had temporarily suspended their immunisation drive after reports of rare blood clots in some people who received the doses.

Australia did not halt its nationwide inoculation with the AstraZeneca vaccine despite the pause in Europe, saying there was no evidence the doses caused any serious side-effects. 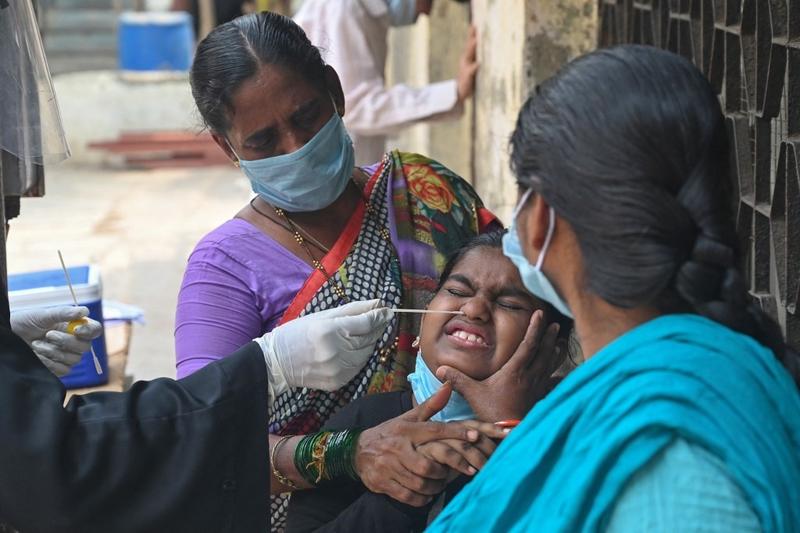 A health worker collects a nasal swab sample from a child to test for the COVID-19 coronavirus at a residential area in Mumbai on March 18, 2021. (INDRANIL MUKHERJEE / AFP)

India reported 39,726 new coronavirus cases on Friday, its highest in more than three months, as the worst-hit states, such as western industrialised Maharashtra, adopted fresh curbs to restrain the spread of the disease.

The tally of infections stands at 11.51 million, the highest after the United States and Brazil. Deaths rose by 154 to 159,370, data from the health ministry showed.

Indonesia has lifted a suspension on AstraZeneca’s COVID-19 vaccine and plans to start distributing it next week, while the government will expand the current movement restrictions to five provinces to further bring down number of positive cases and deaths.

A total of 30 more overseas Indonesians have recovered from COVID-19, bringing the total recoveries in this group to 3,044, according to the Foreign Ministry on Friday.

According to the ministry, 6,007 more people were discharged from hospitals, bringing the total number of recovered patients to 1,278,965. 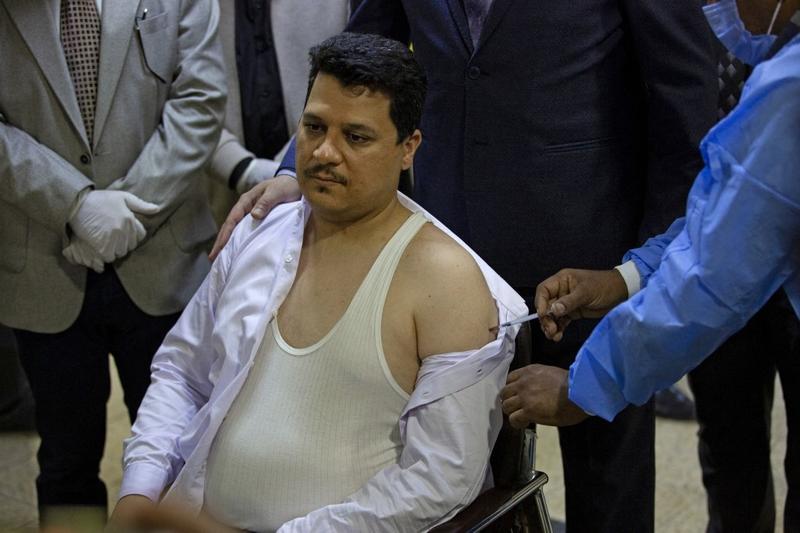 A health worker administers a shot of China's Sinopharm COVID-19 vaccine to a man in Iraq's southern port city of Basra on March 3, 2021. (HUSSEIN FALEH / AFP)

The Iraqi Ministry of Health said on Thursday that careful tests have proven that the Chinese COVID-19 vaccines are "among the safest."

The Iraqi health ministry's media office said in a press release that COVID-19 vaccines were carefully tested through a lot of researches and clinical trials in Iraq, and the "Chinese vaccines are among the safest vaccines so far."

"The Chinese vaccines are made in the traditional method," it said, adding that there is no need for Iraqi citizens to fear such vaccines. 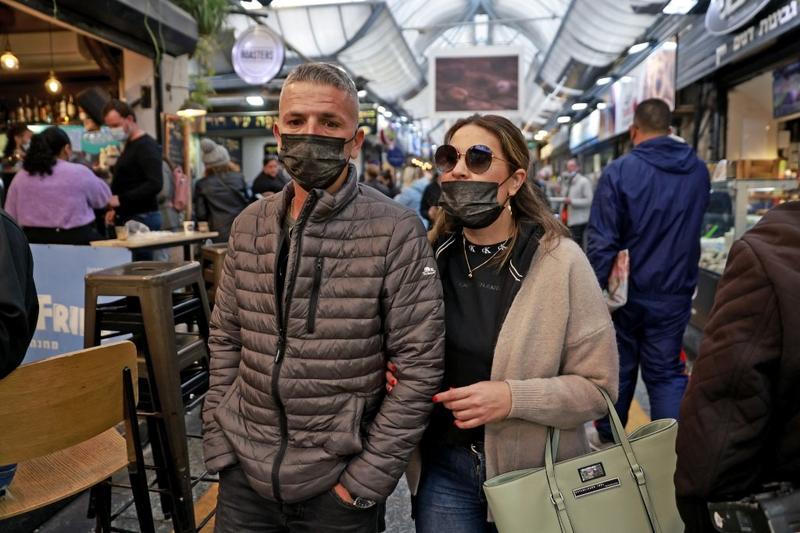 Israel's Ministry of Health reported 1,694 new COVID-19 cases on Thursday, raising the tally of confirmed cases in the country to 825,420.

The COVID-19 death toll in Israel reached 6,069 with 16 new fatalities, while the number of patients in serious condition decreased from 574 to 549, out of 865 hospitalized patients.

The Republican Headquarters for Combating COVID-19 also reported 53 more recoveries and two more deaths, bringing the total recoveries to 84,084 and the death toll to 1,487.

A total of 4,210 medical workers contracted the virus after the pandemic broke out, with 4,195 of them having recovered, the headquarters said.

The Kuwaiti Health Ministry reported on Thursday 1,394 new COVID-19 cases, bringing the total number of confirmed cases in the country to 215,067.

The ministry also announced eight more deaths, taking the death toll to 1,202, while the tally of recoveries rose by 1,276 to 199,549. A total of 14,316 coronavirus patients are receiving treatment, including 222 in ICU.

The latest cases were detected in the country's capital Ulan Bator, the country's hardest hit region, the NCCD said in a statement.

So far, the Asian country has registered 4,658 COVID-19 cases with 3,296 recoveries and nine deaths.

Myanmar reported 22 new COVID-19 infections and one more death in the past 24 hours, according to a release from the Health and Sports Ministry on Thursday.

New Zealand government is planning for a new-look tourism sector after the COVID-19 vaccination program and when international borders re-open, according to Tourism Minister Stuart Nash on Friday.

In a speech at the University of Otago Tourism Policy School conference held in Queenstown, one of New Zealand's key tourism resort, Nash set out priorities for the country's pillar industry.

The NZ$400 million (US$286.6 million) tourism recovery package in 2020 was an emergency intervention. Further, structural support will be needed in 2021 before changes will be made to prepare for a new landscape in 2022 and beyond, Nash said.

"The 2020 Package, and wider tourism support like NZ$1.8 billion in wage subsidies, NZ$300 million in interest-free loans, and government-funded vouchers for free business advice or training, have helped tourism operators adapt to domestic markets or look for alternatives," he said.

"I have been upfront that mass-scale international tourism is unlikely before 2022, but we are working hard to open a trans-Tasman bubble in 2021. We are on-track to vaccinate the majority of Kiwis against COVID-19 by the end of this year," the minister said.

New Zealand recorded 10 new confirmed cases of COVID-19 in two days in managed isolation, and no new cases in the community, according to the Ministry of Health on Friday.

The 10 new imported cases came from India, the United States, Pakistan, Papua New Guinea and Portugal. They have remained in managed isolation facilities in Auckland, said a ministry statement.

South Korea’s capital city of Seoul rescinded an administrative order requiring all foreign employees to get tested for COVID-19 after cluster outbreaks at companies with migrant workers.

The city said it now only “advises” foreign workers to get the test. The change came after outcry from foreigners who called the measure discriminatory and xenophobic.

South Korea reported 463 more confirmed cases of COVID-19 as of midnight Thursday compared to 24 hours ago, raising its total tally to 97,757.

The daily caseload was up from 445 in the previous day, staying above 400 for three straight days.

The daily number of infections hovered above 100 since Nov. 8 due to small cluster infections in the capital Seoul and its surrounding Gyeonggi province as well as imported cases.

Of the new cases, 144 were reported in residents in Seoul and 153 in Gyeonggi. 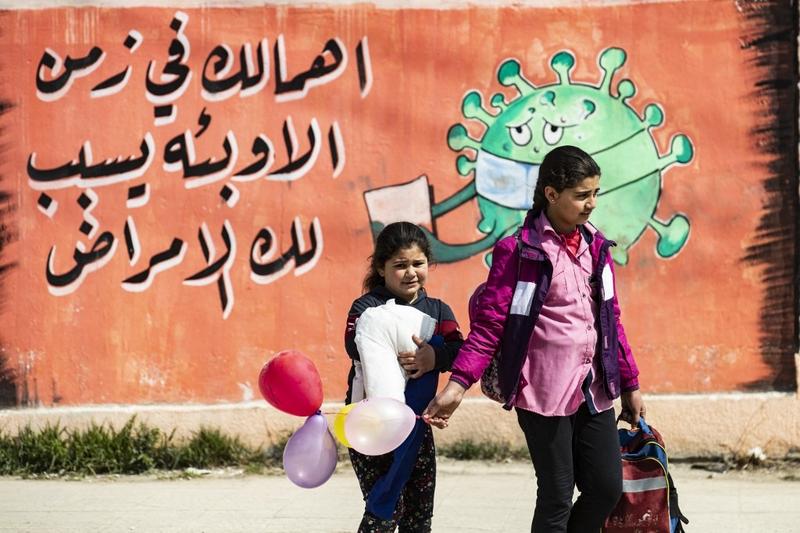 Syrian children cross a road in front of a mural awareness campaign drawing calling on people to take care as the COVID-19 pandemic spreads all over the world in Syria's northeastern city of Qamishli on March 9, 2021. (DELIL SOULEIMAN / AFP)

The COVID-19 cases are on the rise in Syria as the health ministry said Thursday that the occupancy rate of intensive care beds in capital Damascus reached 100 percent, according to the state news agency SANA. 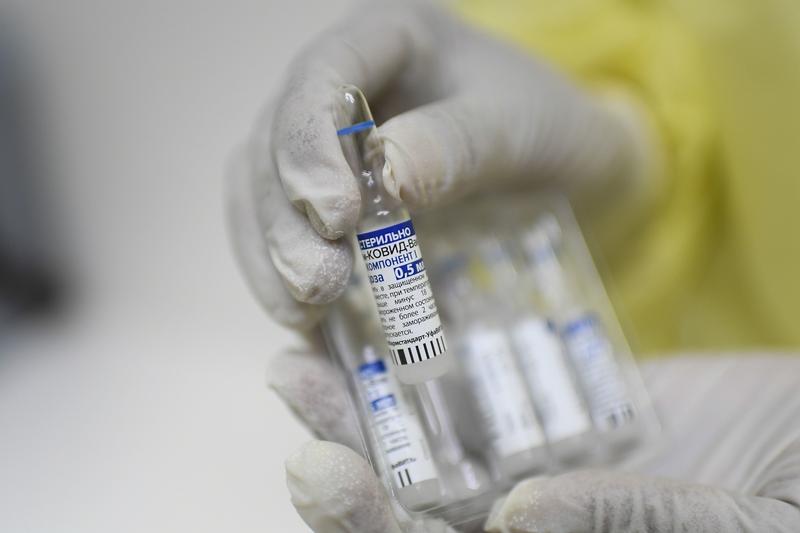 A healthcare holds a vial of the Russian Sputnik V COVID-19 vaccine at a health clinic in Caracas, Venezuela, Feb 18, 2021. (PHOTO / BLOOMBERG)

The vaccine developed by Russia’s Gamaleya National Center of Epidemiology and Microbiology “may be effective to prevent COVID-19” for people aged 18 years and older, Philippine Food and Drug Administration head Eric Domingo said.

The Southeast Asian nation adds to a growing list of countries to grant emergency approval to the Russian vaccine, which has shown 91.6 percent efficacy.

Vaccines from Pfizer Inc-BioNTech SE, AstraZeneca Plc and Sinovac Biotech Ltd have earlier been authorized by the local regulator, with the latter two currently used to inoculate health workers.

The Philippines' Department of Health (DOH) reported on Friday 7,103 new coronavirus disease (COVID-19) infections, the highest daily jump since the disease emerged in the Southeast Asian country in January 2020, raising the total to 648,066.

The death toll climbed to 12,900 after 13 more patients died from the viral disease, the DOH said. It added that 390 more patients recovered, raising the total number of recoveries to 561,902.

The Turkish Health Ministry on Thursday reported 20,049 new COVID-19 cases, the highest daily rise this year, including 902 cases with symptoms.

The first batch will be used for tests, and 4.5 million more doses will arrive this month, Koca said after a meeting of the country's Coronavirus Scientific Advisory Board.

Turkey started mass vaccination for COVID-19 on Jan. 14 after the authorities approved the emergency use of the Chinese SinoVac vaccine. More than 8,003,000 people have been vaccinated so far.

Singapore's Ministry of Health (MOH) reported 15 new COVID-19 cases on Friday, bringing the total confirmed cases in the country to 60,167.

Meanwhile, 315 more recovered from the virus, bringing the overall recoveries to 159,787, while the fatalities increased by one to 271, according to a ministry statement quoted by QNA.

Cambodia on Friday confirmed a second death from the COVID-19, the country's Ministry of Health said in a statement.

The elderly Cambodian woman succumbed to the virus at noon on Friday at the Khmer-Soviet Friendship Hospital in capital Phnom Penh after testing positive on March 10, the statement said, adding that the victim had also had diabetes, hypertension and obesity.

Health Ministry Director-General Noor Hisham Abdullah said in a press statement that 11 of the new cases are imported and with 1,565 being local transmissions.

Two more deaths have been reported, bringing the death toll to 1,225.