Mercurial Kyrie sticking with Brooklyn for another year 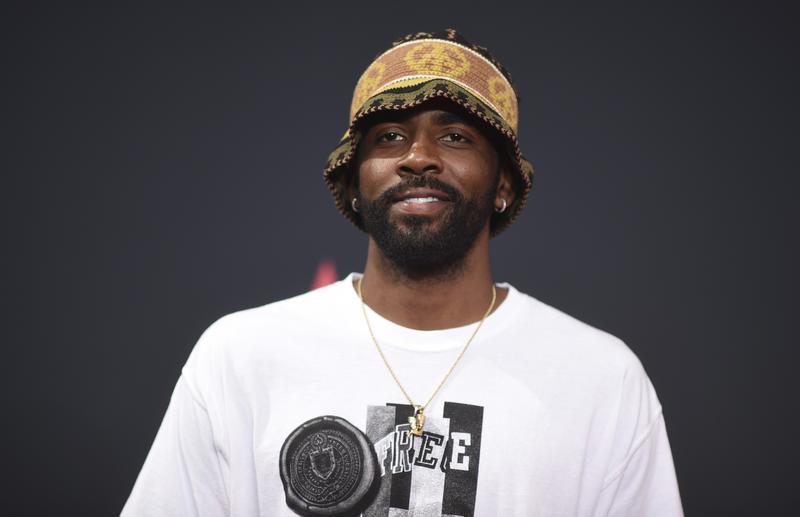 Kyrie Irving arrives at the BET Awards on June 26, 2022, at the Microsoft Theater in Los Angeles. (RICHARD SHOTWELL / INVISION / AP)

Kyrie Irving has decided to exercise his $36.9 million option for the coming season and will remain under contract with the Brooklyn Nets, two people with knowledge of his decision said Monday.

The people spoke on condition of anonymity to The Associated Press because the Nets had not confirmed the decision publicly.

The Athletic first reported Irving's decision. "Normal people keep the world going, but those who dare to be different lead us into tomorrow. I've made my decision to opt in. See you in the fall," the outlet quoted Irving as saying.

On Twitter, Irving posted a statement which simply read: "I know who I am."

For now, that still means a member of the Nets.

Kyrie Irving averaged 27.4 points and 5.8 assists this past season for the Nets, with whom he has spent the last three campaigns. He's about to enter the final season in a four-year, $137 million deal with Brooklyn

The seven-time All-Star averaged 27.4 points and 5.8 assists this past season for the Nets, with whom he has spent the last three campaigns. He's about to enter the final season in a four-year, $137 million deal with Brooklyn.

Irving had until Wednesday to inform the Nets of his opt-in decision. It closes one element of the ongoing saga regarding Irving's future, which has been one of the biggest storylines as the league prepares for the start of free agency later this week.

He appeared in only 29 regular-season games this past season, largely because of his decision to not be vaccinated against COVID-19.That made him ineligible to play in most of Brooklyn's home games, until getting an exemption to New York City's mandate in the spring.

The Nets entered this past season thinking they would have a core of Irving, Kevin Durant and James Harden. It didn't work out anywhere near as planned; Irving wasn't with the team for the majority of the season, Harden ended up getting traded to Philadelphia, the Nets needed to survive the play-in tournament just to make the playoffs and wound up getting swept in the first round by eventual Eastern Conference champion Boston.

Back in March, Irving was asked if he was planning to return to Brooklyn for next season. He gave no indication otherwise.

"I love it here," Irving said at the time. "Once that summertime hits, I know that we'll have some conversations. But there's no way I can leave my man 7 anywhere."

And "my man 7"－that meant Durant, who wears the No 7 jersey for the Nets－may have been seeing his point guard departing, a move that certainly could have led to Durant pondering his own future in Brooklyn.

But with Irving presumably back, and with Ben Simmons－who didn't play at all this season and was acquired by the Nets in the Harden trade－set to team up alongside Irving and Durant this coming season, Brooklyn could quickly return to contender status.