Land of the rising swan

By Cheng Yuezhu and Mao Weihua

Natural abundance of food and security from predators provided by a team of wardens have turned the wetlands of Bayanbulak into a nesting sanctuary for the waterfowl, report Cheng Yuezhu in Beijing and Mao Weihua in Urumqi. 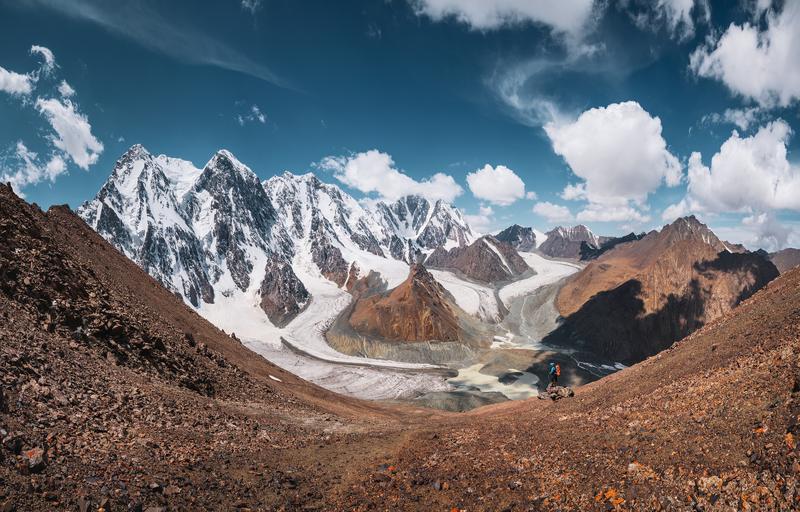 Like an exquisite emerald ringed with diamonds, the verdant Bayanbulak Grassland lies in the midst of the snowcapped Tianshan Mountains. A river meanders through this vast pastoral paradise, branching into many tributaries and giving it a name that means "abundant spring water" in Mongolian.

The virgin lowland in the Xinjiang Uygur autonomous region is as close to a utopia as one can get and is now China's only nature reserve for swans. Between mid-March and April every year, these graceful waterfowl flock to the Bayanbulak National Nature Reserve for nesting. By the end of September, they take their young and leave for warmer climes.

Ornithologist and former director of the Bayanbulak ecological station Ma Ming first arrived in the grassland during the early 1980s. "I have seen these elegant birds migrate for nesting umpteen times and yet I can never have enough of it. Our bond only continues to grow," he says.

Ma recalls the arduous journey to Bayanbulak a couple of decades ago, when modern means of transport were few and far between. The sleepy town had a handful of nondescript houses and the chances of finding a local on the road, if one needed to ask for directions, would be slim. But, the sight of the majestic birds gliding on water or sunbathing in the green meadows with outstretched wings made it worth all the trouble.

In 1991, Ma and others at the Bayanbulak ecological station, under the Chinese Academy of Sciences, sought permission from the National Natural Science Foundation of China for their swan research project. Along with an assistant, the ornithologist went on a two-month raft expedition down the Kaidu River, which courses through the grassland. On the way, they dropped anchor several times and trekked through the reserve to collect field data.

The reserve sits at an altitude of 2,500 meters and covers an area of around 137,000 hectares. The river is mostly fed by the melting snow.

"This is one of the coldest areas in China, with a yearly average temperature of-4.7 C.In January, the temperature can plummet to as low as-48 C. July, on the other hand, is the warmest month, at 28 C, which is ideal for nesting," he says. 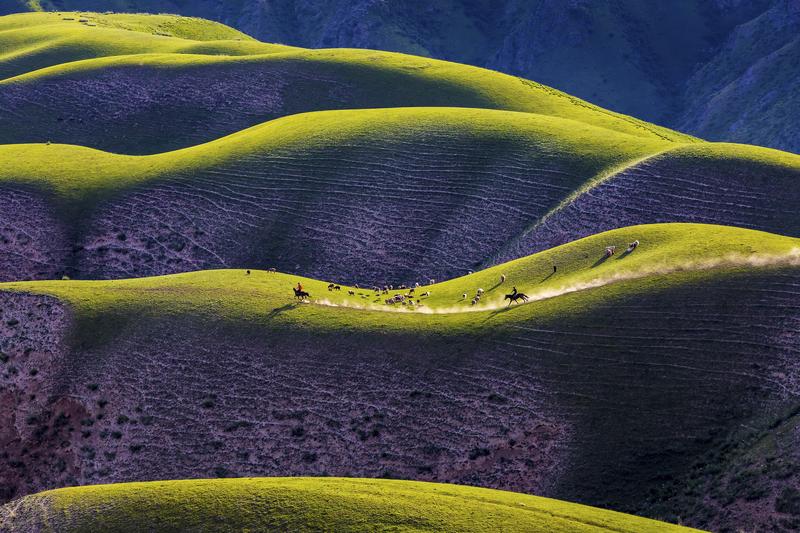 Research shows that China is inhabited by three species of swans－the mute (Cygnus olor), the tundra (Cygnus columbianus) and the whooper swan (Cygnus cygnus). While the first two species almost always spend only the winter in China, Bayanbulak is the nesting site for the whooper swan.

"The Kaidu River twists and turns through the reserve, creating wetlands to draw the winged visitors. Swans cannot fly during their annual molting period (losing feathers, which later grow back) and living in the water or marshland protects them from predators like wolves and foxes," Ma says.

Also, the wetlands are an abundant source of food. "The diet of swans chiefly comprises weed and plankton, which are found in plenty at Bayanbulak. They spend half a year at the reserve, feeding and nesting. It allows them to recharge themselves for the next round of migration," he explains.

The reserve's administrative bureau has set up a central management station with wardens of the reserve, who work to protect the swans. The station has six full-time custodians and recruits six more to help during the busy season, which is from March to October.

Na Qing from the Mongolian ethnic group has been a full-time warden since 2016. He visits the wetlands three to five times a week, observes and records swan behavior, prevents interference of any kind and also keeps tabs on other wildlife species.

Occasionally, Na and his colleagues encounter ailing or injured swans, besides other animals, and transport them to the reserve's rescue center. Every year, at least 30 to 50 animals and birds are rescued.

Once or twice a month, the wardens are required to go on a long trip－from the buffer zones to the core area of the reserve. Each trip usually lasts five days to a week. The wardens carry food and tents in addition to patrolling gear like GPS trackers, binoculars and cameras.

Since the nesting area is a marshland with interconnected lakes, solo-tripping can be perilous even for those familiar with the geography. So, the wardens work in teams of usually two or three. "Crossing the wetlands can be tricky. The water is deep in some pockets while soft mud can trap you in other places. We tie a rope around the waist, like a climbing line, for safety," Na says.

According to him, 8,000 to 10,000 swans visit the reserve every year and 2,500 to 3,000 cygnets are born on an average. As winter sets in, less than 300 stay back; mostly those that lack the strength for long-distance flight. The team keeps an eye on these swans to ensure they don't go hungry. Corn seeds are scattered every seven to 10 days. 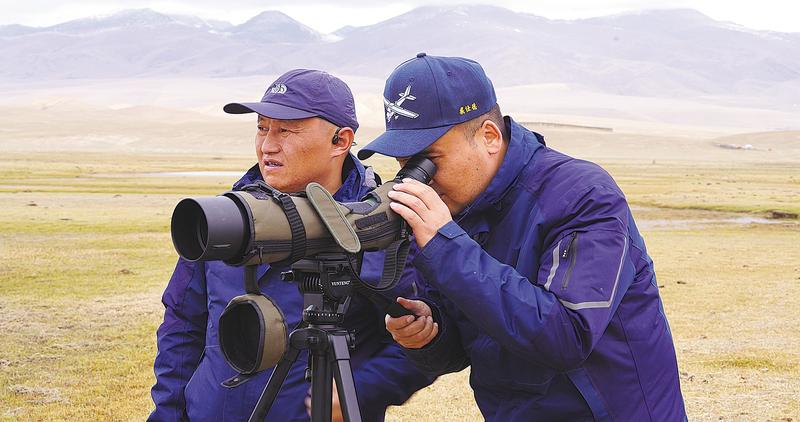 Following decades of individual and organizational efforts, Bayanbulak became a national reserve in 1986. In 2013, Xinjiang Tianshan was included in the UNESCO World Heritage List, and Bayanbulak (named as Bayinbuluke) is one of its four segments.

Ma says both the national and international tags have helped raise the standard of management of Bayanbulak, which in turn provides extra cover to the migratory birds and other species. "Today, it sees routine patrolling, close monitoring of wildlife and research projects," he says.

Public awareness about the need to protect the swans has increased along with legal awareness on how to address violations, if any, of reserve rules.

"Promoting tourism can now boost the economy of the region without harming its ecology," adds Ma.