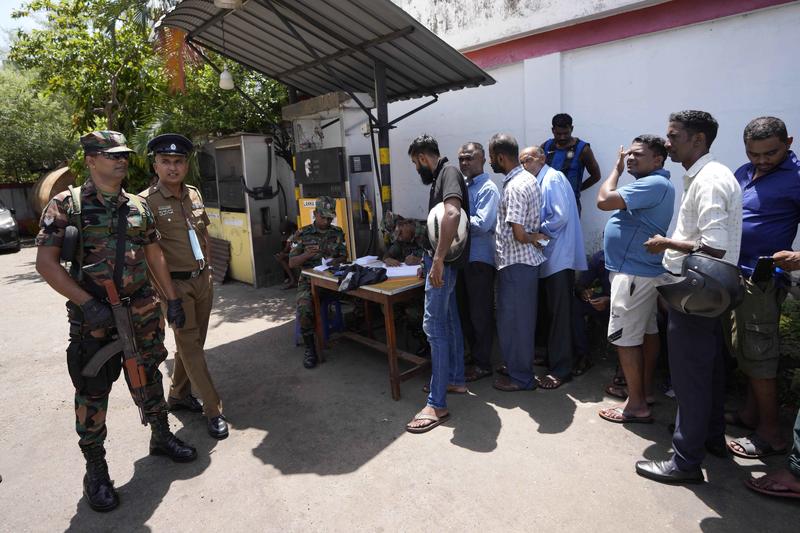 COLOMBO – Doctors and other medical staff as well as teachers in Sri Lanka will take to the streets on Wednesday to demand that the government solve a severe fuel shortage at the heart of the South Asian country's worst economic crisis in decades.

Weeks of street demonstrations against cascading problems including power cuts and shortages of food and medicine escalated last month when nine people were killed and about 300 were injured, leading to the resignation of the prime minister, Mahinda Rajapaksa, the older brother of President Gotabaya Rajapaksa.

The government, left with only enough fuel to last about a week, on Tuesday restricted supplies to essential services, like trains, buses and the health sector, for two weeks.

This is an impossible situation, the government has to give us a solution.

But doctors, nurses and other medical staff say that even though they are deemed essential workers, they struggle to find fuel to get to work.

"This is an impossible situation, the government has to give us a solution," HM Mediwatta, secretary of one of Sri Lanka's largest nursing unions, the All Island Nurses Union, told reporters.

Sri Lanka's most serious economic crisis since independence in 1948 comes after COVID-19 battered its tourism-reliant economy and slashed remittances from its overseas workers.

Rising oil prices, populist tax cuts and a seven-month ban on the import of chemical fertilisers last year that devastated agriculture have compounded the woes.

Mediwatta explained how special token meant to ensure medical staff can buy fuel were being ignored at the petrol pumps.

"The people at the pump won't let us get ahead in the line ... We cannot be on time for our shifts."

Public health inspectors and other health service workers are also on strike on Wednesday and Thursday.

The island nation of 22 million people has nearly run out of usable foreign exchange reserves to import essentials including food, medicine, petrol and diesel.

With a growing sense of crisis, many people have been detained trying to flee the country by boat.

The government is also looking abroad for help. 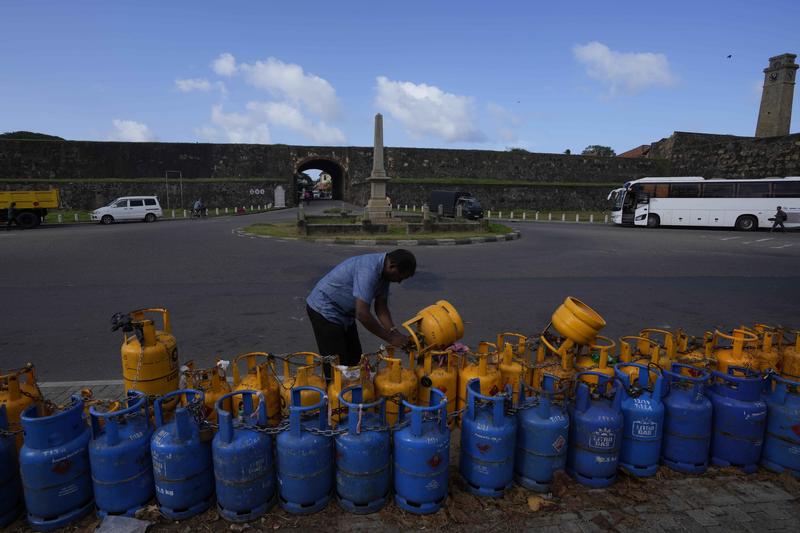 Power and Energy Minister Kanchana Wijesekera on Tuesday met Saad Sherida Al-Kaabi, Qatar's minister of state for energy affairs and the CEO of Qatar Energy in a bid to secure fuel.

Wijesekera is also seeking a credit line from the Qatar Fund for Development.

Another Sri Lankan minister will travel to Russia at the weekend in search of energy deals.

US President Joe Biden has pledged $20 million for Sri Lanka to feed more than 800,000 children and 27,000 pregnant women and lactating mothers for the next 15 months, President Rajapaksa said.

Investment firm Asia Securities said the shortages of fuel and other essentials, dwindling reserves, and low fiscal space would remain key concerns for the rest of the year.

The economy could contract by 7.5 percent to 9.0 percentyear on year, compared with its previous forecast of a contraction of about 5.5 percent. The economy grew by 3.3 percentlast year, it said.

"This combined with low USD liquidity and rising rates looks to dampen economic productivity for the medium term," it said.