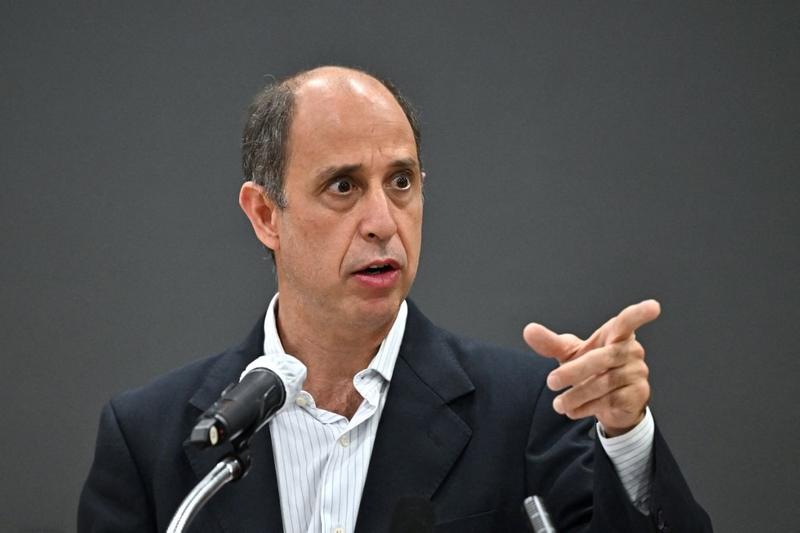 United Nations special rapporteur on the situation of human rights in DPRK, Tomas Ojea Quintana, speaks during a press conference wrapping up his visit to ROK, in Seoul on June 29, 2022. (JUNG YEON-JE / AFP)

ROK activists had called on new President Yoon Suk-yeol to reinvestigate the case, blaming the previous government of trying to curry favor with Pyongyang amid denuclearization negotiations and efforts at rapprochement.

Former President Moon Jae-in's administration deported the fishermen, describing them "dangerous criminals" who killed 16 other colleagues aboard their vessel while crossing the sea border

While the fate of the two men is unconfirmed, there was an expectation their rights would be violated when they were turned over to DPRK authorities, and therefore Seoul had an obligation to process them in the ROK justice system rather than immediately repatriate them, Tomas Ojea Quintana, UN special rapporteur on human rights in DPRK, told reporters.

"These are extremely dramatic cases because once a person is repatriated there is no reversal," he said. "The (ROK) government should not have repatriated these persons right away."

Former President Moon Jae-in's administration deported the fishermen, describing them "dangerous criminals" who killed 16 other colleagues aboard their vessel while crossing the sea border and said they would cause harm if they were accepted into ROK society.

ROK have re-opened the case, Unification Minister Kwon Young-se, who handles relations with the DPRK, told Reuters on Monday.

An official with the ministry said on Wednesday it would cooperate with the investigation.

Neither Moon, who has kept out of the public eye since leaving office, or DPRK has commented on the case.

During this week's visit to Seoul, Quintana also met with the family of an ROK fishing inspector who went missing at sea in September 2020. DPRK authorities later shot him dead and set his body on fire.

That case has also been revisited by the Yoon administration, and last week ROK's maritime and military authorities reversed their earlier announcements and said there were no signs the official was trying to defect.

His family had refuted the defection claims, filing a lawsuit calling for the disclosure of government records.

Quintana said he supported the family's right to know more from the ROK government, adding that ultimately, DPRK was responsible for killing the official, and should also disclose information, punish those who shot him, and provide reparations to the family.

DPRK top leader Kim Jong-un previously made a rare apology for the killing, calling it an “unexpected and disgraceful event”, though state media said blame lay with ROK for not controlling its borders.